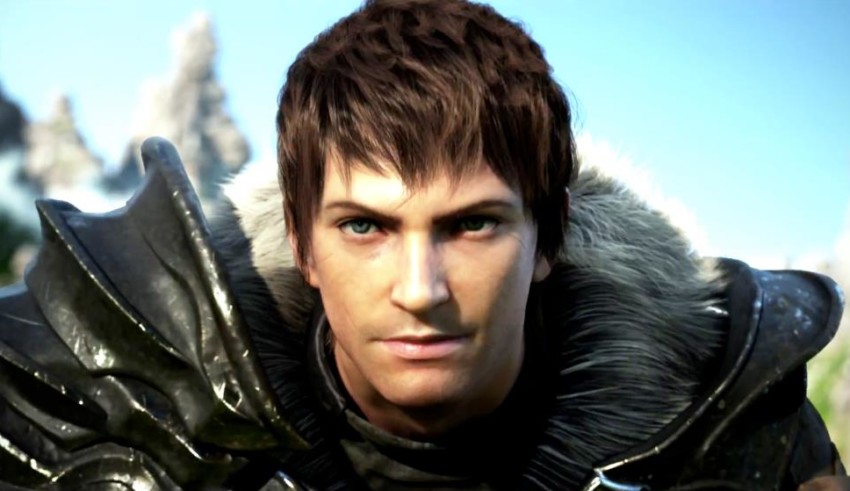 I’ve been thinking: RPGs have certainly given us some cool races to choose from, haven’t they? We’ve got dwarves, robots, zombies, space zombies, high elves, wood elves, dark elves, space elves, space goats, and everything in between. My favorite thing about RPGs is the ability to explore a new culture, to immerse myself in the history, values, and motivations of creatures that are vastly different from us. But amidst these unique creatures, there’s the “default” race; the “normal” race; the race that doesn’t really have anything particularly strange or unique about it; the one that doesn’t really seem to have a niche or anything they’re particularly good at. If you haven’t guessed by the title of this article, I’m talking about “humans.”

Now, I want to make it clear that I’m not talking about stories where there are multiple human races, each with their own distinct culture, society, and political system. No, I’m talking about “humans”; the ones that are lumped together into a single group, distinguished only by a vague notion of “normalcy”; the one-size-fits-all humans that seem to dominate the world for no particular reason.

They contribute nothing to the game-world, and it’s time to stop using them.

So what’s the problem with “humans” in RPGs? Why do they so often follow the same tropes and cliches? Why should we care? Well, let’s take a look!

I have my own personal biases here because I play games to explore other worlds. More often than not, humans just distract from that in my eyes. But I think this problem goes beyond my personal taste, and into the very foundation of world-building.

Fantasy RPGs are infamous at this point for the tropes and cliches attributed to each race. Elves are arrogant and magical, dwarves are industrious craftsmen, orcs are savage and warlike, etc. One could write entire essays about the stereotypes and tropes of these races, but at the very least they have clear, distinct themes and abilities that identify and distinguish them.

What do “humans” have to offer, both from a narrative perspective or within the universe itself? What are they contributing? Is there anything they do particularly well? Is there any reason for humans to be a dominant species in a world with technologically-advanced dwarves, magically-advanced elves, and a plethora of monsters and demons? If you’re a developer and you can’t answer those questions, then maybe you need to re-evaluate your humans.

In almost every RPG, “humans” are distinguished by vagueries like their “free spirits” and “cultural diversity.” But what does this even mean, and how does it translate into the game world?

Let’s take the humans from WARCRAFT for example. What do they actually contribute to the world of Azeroth? On the surface, the humans seem like they’d be interesting. In the lore, they’re divided into seven city-states, each with its own culture, motivation, and power base.

But none of this translates into the game world. Of the seven kingdoms, every one of them has an identical art style, an identical accent, an identical physique, and an identical motivation, with the small exceptions of Gilneas and Dalaran. But even then, can you tell me what really separates them from the rest of the human nations, beyond an architectural difference, a magical affinity in the case of Dalaran, and a different accent in the case of Gilneas?

When I was a kid playing WoW, I honestly thought the dwarves were the leaders of the Alliance. They live twice as long as humans, they’re far more advanced, their economy seems far stronger, they’re incredibly militarized and well-suited to lead a coalition, their personality and culture make them a far better counterpoint to the orcs, they’re three-dimensional and flawed in all the right ways, and their capital is the most easily defendable place in the world.

Comparatively, the humans really don’t make a compelling case for why they should be in charge. What do they bring to the table? What can they do better than everyone else? Their only accomplishments are forced, barely explained, and seem to exist only to make them feel relevant. They’re in charge simply because they’re the humans and that’s how fantasy worlds work for some reason.

The tropes of humans being “normal” and monolithic go back decades. In fact, these tropes are so common that they have documented names and hundreds of examples behind them.

READ: The role of political correctness and shock humor in comedy.

But beyond anything else, putting generic “humans” in your story ignores everything that makes humanity interesting in real life. We’re defined as a species by our differences, our creativity, our ability to relate to each other through a complex series of rituals and values we call “culture.” How, in any way, are the “humans” in RPGs like real humans at all? It seems like everything interesting about humans is appropriated by the other races in the universe. In most RPGs, the non-human races are inspired by human cultures, leaving the actual humans with nothing to do. How did we get to a point where the non-human races are more human than the “humans”?

I’d rather have a world filled with strange, creative, alien species that are inspired by human cultures, than a single human race with nothing to distinguish itself.

“Humans” are a cop-out for developers who want a default race that’s easily relatable. Rather than taking the time to flesh out their other races to make them more relatable, they use “humans” as an easy out for players who don’t feel a connection to any other species. To an extent, I can understand this sentiment. In almost every RPG I’ve played, humans comprise the vast majority of players. But if humans are going to exist within the game-world, at the very least you can make them as interesting as humans in real life.

DRAGON AGE is the only RPG I’ve played where the humans are my favorite race. You never question what role they play in the world, or what allows them to compete with the other races, or what they add to the universe as a whole, or why they became the dominant species in the first place. Most importantly, the humans in DRAGON AGE are interesting. Every nation has a unique flavor to it. Each country is clearly inspired by a real-world culture taken to a bizarre extreme. They’re not just generic, vaguely European stand-ins; they’re nations with unique societies built upon existing cultures

This is how you do humans right.

Another well-known example is the human race from THE ELDER SCROLLS series. While it could be said that more recent games have toned down the bizarre, fantastical aspects of the various human races, they still manage to feel unique, useful, and 3 dimensional. Imperials are cunning spies and educated scholars, bringing order to the world despite their own corruption and bureaucracy. Nords are wild barbarians, free-spirited on one hand but xenophobic and regressive on the other. Redguards are adventurous warrior-masters who follow no authority but their own and can split atoms with their swords. They could dominate the world, but they’re torn apart by civil war and political strife.

READ: Why do we love nostalgia so much?

Note that none of these examples make the humans less relatable.

If anything, the cultural diversity, detailed histories, and unique skill-sets of the humans in both DRAGON AGE and THE ELDER SCROLLS make them more recognizable as human beings. At the same time, I actually want to play as one of these races because they’re fascinating. You don’t need to sacrifice flavor to make something relatable. If anything, unique quirks and distinct attitudes are what make people relatable in the first place. To strip that all away in favor of making yet another monolithic, vaguely defined “human” race is to strip away everything that makes humanity so interesting as a species.

Humans can bring a lot to a story if you allow them to be just as strange, diverse, and intriguing as humans in real life. If you experiment with different cultures and religions. If you give them a clear purpose and role within your world. If you’re not afraid to give them a unique skill or power, then humans can be just as interesting as anything else.

So next time you’re developing an RPG, or writing any kind of story, take some time to figure out where each race fits into the world, what they contribute to the overall story, and how they size up compared to other races in your world.