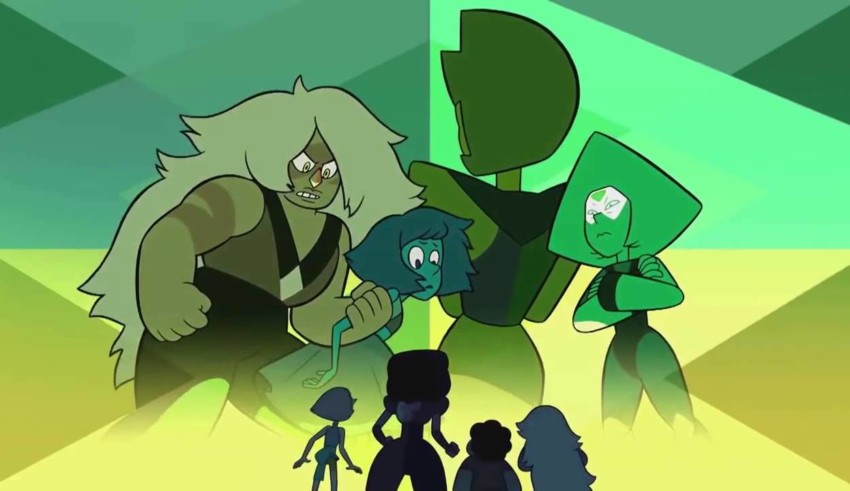 Like many older STEVEN UNIVERSE fans, I over-analyze everything about this Cartoon Network gem (hah!). When it was released around August 2015, I listened to the extended intro roughly two thousand times. I cheered for Garnet’s proclamation of love, I clutched my heart at Pearl’s declaration for Rose, and I smiled for Amethyst, happy for any sense of security she’s able to find. I was so excited to hear what Steven had to say, and when he sang, “I will fight to be everything that everybody wants me to be when I’m grown”—well, to be honest, I didn’t notice much more than the song at first. I was too caught up in the general excitement of hearing and watching this new song unfold to really consider what was being said.

As Steven sings his portion, he is holding Rose’s shield against a backdrop of her image. Now, we’ve been introduced to the Steven-is-Rose dilemma a few times before, especially concerning Pearl (remember in “Sworn to the Sword”, when Pearl accidentally calls Steven, Rose?). It brought up the unique and somewhat discomforting fact that while Steven is Steven, he is also… his mother. This has been seriously and humorously brought up before in discussions among fans. I feel that most of us have come to terms with the oddness of the situation, but, coupled with the somewhat heartbreaking statement sung by Steven in the extended intro, I began to contemplate—

Who is Steven Universe? 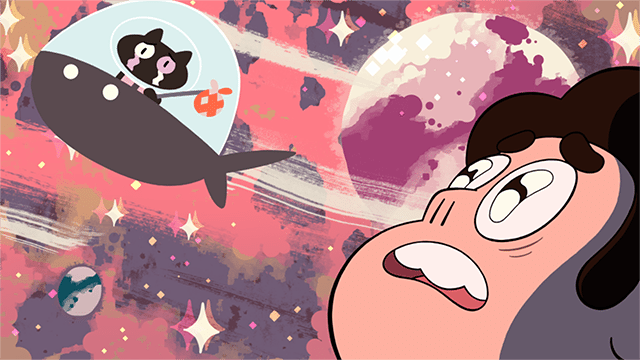 Son of Rose Quartz and Greg Universe, sure. An empathetic, musical savant—of course. A refugee of an interstellar war? If you think the Cookie Cat song is about Steven, absolutely. Suddenly, I had all these other questions like: what does Steven want to be when he grows up? How does adopting his mother’s powers and Gem affect how he views and understands his own personhood? Does he just want to grow in that sense that he just wants to survive?

While not malicious or intentional in nature, I don’t think Steven Universe has much of a choice in who he is growing up to be. This has seriously affected his identity. More specifically, it has affected his ability to make choices regarding his own agency—how to differentiate what he wants for himself versus what his family and friends want for him.

Choice has been a theme in Steven Universe for what seems like always, and it is always done beautifully. From the choice of fusion and love by Garnet, the choice of bodily sacrifice by Rose, the choice to be Crystal Gems rather than Homeworld Gems, and in the latest episode, to Lapis’s choice to start anew despite being stuck.  While Steven has choice on a day-to-day basis (who he hangs out with, what food he eats), he lacks the ability to have a long-term choices like the aforementioned characters do. He isn’t a prisoner held against his will—but in the face of the multitude of life or death choices (not just of him personally, but of the entire population of Earth and of gem shards alike), how much of Steven’s life is lived by what he wants versus what is needed of him?

Has he ever even thought of life outside of the heroic and dangerous quests of the Crystal Gems? Aside from eating fry-bits and going on road trips with various characters, much of this Alternative Earth has yet to be explored. Life outside these quests, even for the audience, is a bit of a mystery. While the latest episode gave us a small clue, there is still much to explored. This is great for future plot-use and to drive characters forward, but hurts in that a genuine analysis of their educational system can’t be done. Without knowing what lies beyond Beach City and the tristate area, beyond being a teenager, beyond Jersey, one can only speculate.

We know that a school exists somewhere—Connie attends to it, although she lives a bit outside of Beach City. So, somewhere, there is a school. We know that Steven does not attend it. It’s possible that attendance is not mandatory in this Alt. Earth. It’s also possible that because of the world’s need for the Crystal Gems, school is just not an option for Steven. If this is the case, is it fair? Often in the scenario of the child warrior/savior (Harry Potter, Percy Jackson, Ender’s Game), there is the sacrifice of the one for the many. Some part of childhood and adolescenthood is sacrificed (in this case, choice and autonomy) for the betterment of many—often the population of Earth or any variant of it.

There is a possibility that Steven’s lack of choice keeps the billions of lives that exist on his planet in existence. Harry Potter’s horrific childhood and teenage years saved the Wizarding World. The manipulation of Ender and essential loss of innocence saved the Earth from an alien invasion. After all, is there anything that’s’ worth more than peace and love on the planet Earth?

READ: If you enjoy sci-fi, check out Kristine’s article on PACIFIC RIM.

Even his Gem powers are not his own—they are a direct inheritance of his mother’s abilities. His shield, his empathy, his healing—these represent the pillars of his character, though none are exclusive to him. Of course, it is important to note what is unique about his powers: that they act as a rejection of the stereotypical male warrior narrative. One of the best parts of Steven’s abilities is how nontraditional they are, focusing on protection rather fighting, something that is almost always fitted to a feminine character. Protecting is what Steven does and as beautiful as it is, it is still a full-time job. Steven doesn’t hurt others, no matter where they come from, but protection is as stressful a role as fighting and can often be more emotionally draining.

Perhaps the uncertainty of Steven Universe is the beauty of it. Maybe he is as conflicted as I think he is; maybe he has no idea where he is going or where he wants to go, if anywhere. Maybe I’m knee-deep in some serious wishful thinking and projection—who knows? Choice has always been an important and constant theme in Steven Universe, but looking at Steven’s life, how much of it has been a choice? Has he ever had the autonomy to choose his path, or has it already been chosen for him? Is he even aware? It’s questions like these that plague us, the fans.