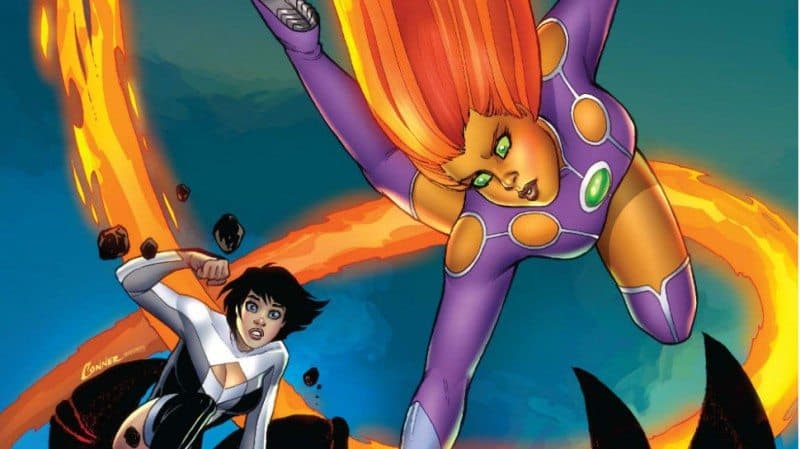 Princess Koriand’r teams with Terra (AKA Atlee) to battle a mythical creature intent on destroying them and all of Key West in the fourth issue of STARFIRE.

STARFIRE #4 begins with Kori and her new ally Atlee are battling the gigantic Chida monster. They quickly discover that anything that hits the creature, be it Starfire’s star-bolts or the police department’s bullets, only makes it grow larger. The two come up with a plan to grow the creature as large as possible than sink it to the bottom of the ocean, which succeeds. While this is happening, Atlee details her backstory to Stella. 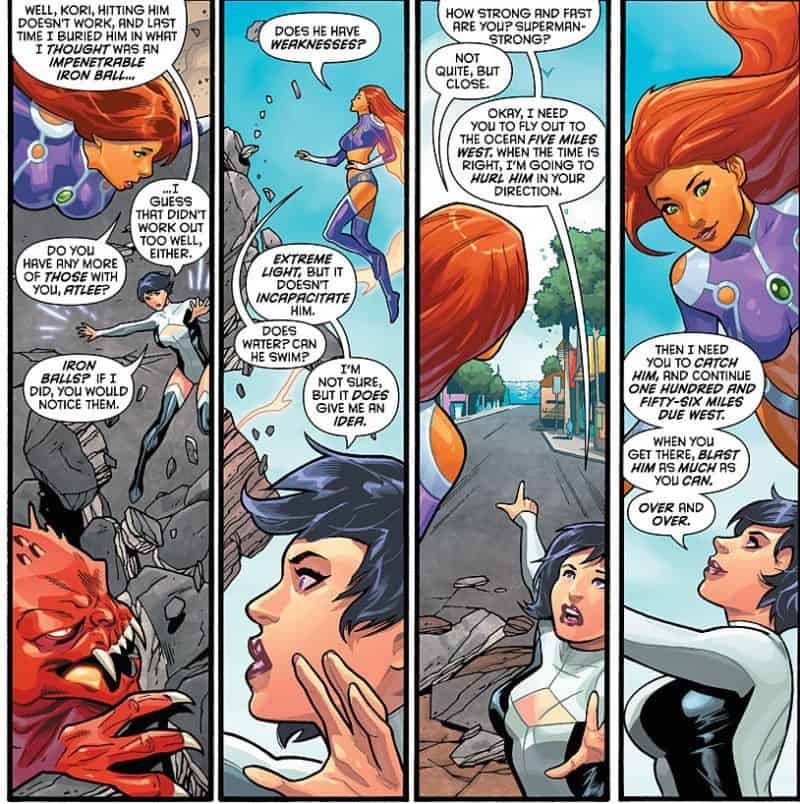 While celebrating their triumph, Kori and Atlee begin bonding about all the things they have in common, much to Stella’s dismay. She has a minor mental breakdown, blaming Starfire’s presence for the series of destructive events that have plagued Key West since her arrival. However the three share a swim in Stella and her brother Sol’s pool, which allows cooler heads to prevail. The rest of the issue centers on Kori interacting with her two potential love interests, Sol and Boone, in awkwardly flirty situations. There are also two interstitials that set up future villains for the series, one of whom appears as the end of issue cliffhanger.

Need to catch up? Check out our STARFIRE #3 review here.

I wasn’t as big a fan of this issue of STARFIRE as I was the previous three, mainly due to the plot structure. The book starts out with Starfire and Atlee battling the Chida monster from Altee’s home realm located deep within the Earth. The creature was built up as a killing machine last issue and built as almost unstoppable in dialogue here, but barely does anything this issue. He’s dispatched within seven pages, with little to no major spotlight fight scenes for the main characters. They make their plan to dispatch the monster, and it works almost flawlessly. From there, the book moves back to it’s normal tone with little to no after-effects from the battle displayed. This approach cheapens the Chida monster, and in turn makes the two villain-introducing foreshadowing scenes later in the issue seem less intimidating, since the Chida monster had the same type of scenes last issue and was wasted this issue.

While the plot and structure of the issue left a bit to be desired, the characterization of this issue was on-point. I really enjoyed the budding friendship between Kori and Atlee. The bonding over that fact that they’re both alien to human society was perfectly done, and I enjoyed that neither of them brooded over their situations. Rather they both want to learn as much as possible about humanity, and seemingly want to do it together. I hope that Atlee remains a strong presence in the book, and that her and Kory develop the kind of strong female friendship that’s too often missing from mainstream comics. I also enjoyed Stella’s characterization, both her jealousy over Kori and Atlee’s friendship and her rantings about how only bad things have happened since Starfire came to town.

The art in STARFIRE #4, while still very vibrant, suffers a bit from the plotting issues discussed above. Because the fight scenes take up so few pages, they have very little scope to them. Atlee’s use of her powers is quite impressive though. The art, just like the story, picks up in the issues second half, with the pool sequence being a particular standout. 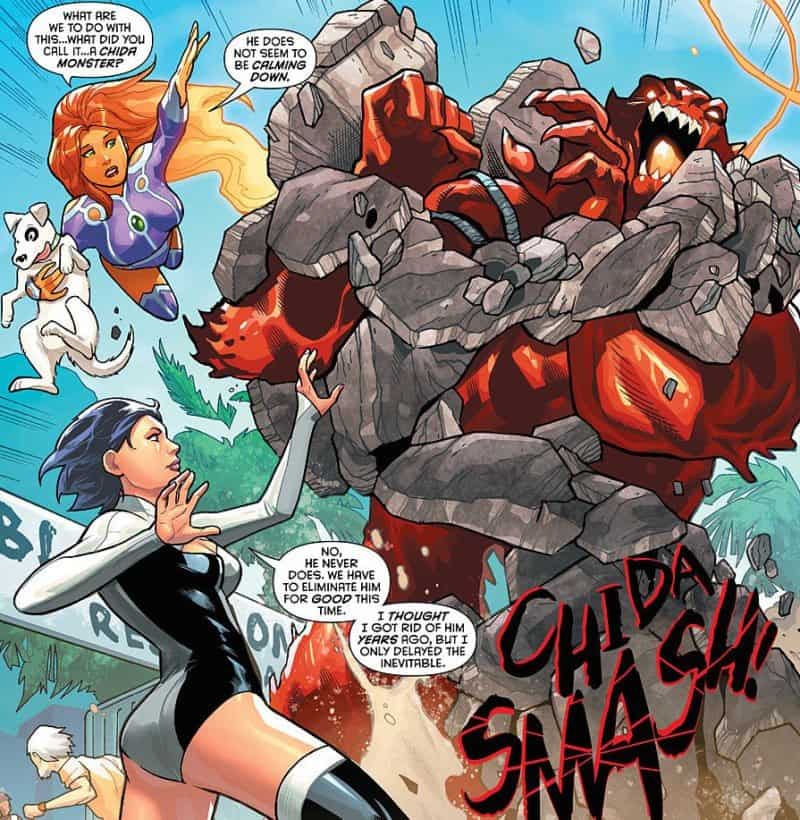 STARFIRE #4 is a step down plot-wise from the previous three, but the characterization and artwork makes it more than worth a read. Hopefully the fifth issue returns to the series’ previous lofty standards.