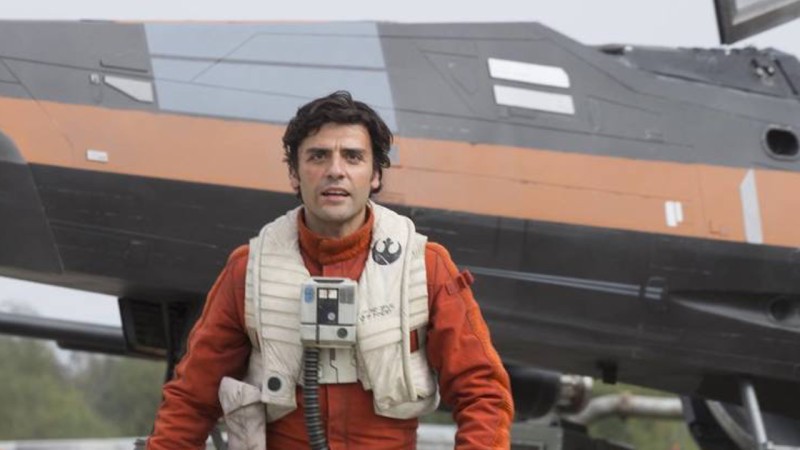 Since its December 18 premiere, STAR WARS EPISODE VII: THE FORCE AWAKENS has blown past even the lofty expectations many had set for it to become one of the highest grossing films of all time. Beyond that, it’s been the best-received Star Wars film since THE EMPIRE STRIKES BACK in 1980. The enthusiasm surrounding the film has made it’s remaining mysteries a hot topic online, with incalculable pieces dedicated to trying to figure out Rey’s or Finn’s true parentage, or what, if any connection Snoke has to the Sith. I’d like to throw my hat into the STAR WARS-theories ring and posit something I’ve been wondering about since the first time I saw the film- not about Rey or Finn however, but rather the third member of the new trio, ace pilot Poe Dameron.

Though it should be obvious, I’m giving fair warning here that there are SPOILERS for STAR WARS EPISODE VIII: THE FORCE AWAKENS below. Proceed at your own risk.

While I thoroughly enjoyed the performances of John Boyega and Dasiy Ridley as Finn and Rey respectively (and absolutely adored the fact that the new diverse STAR WARS series is headlined by a black man and a woman) I must admit that my personal favorite character in THE FORCE AWAKENS had to be Oscar Isaac’s X-Wing pilot extraordinaire Poe Dameron. I’ve always been drawn to swashbuckling, cocky heroes (see Han Solo), and Poe fulfilled that role with gusto. Perhaps because of my inherent draw to the character, I watched his arc closely on each of the three occasions I’ve seen the film, and each time I’ve come away feeling like there was something about the character’s arc in the film. 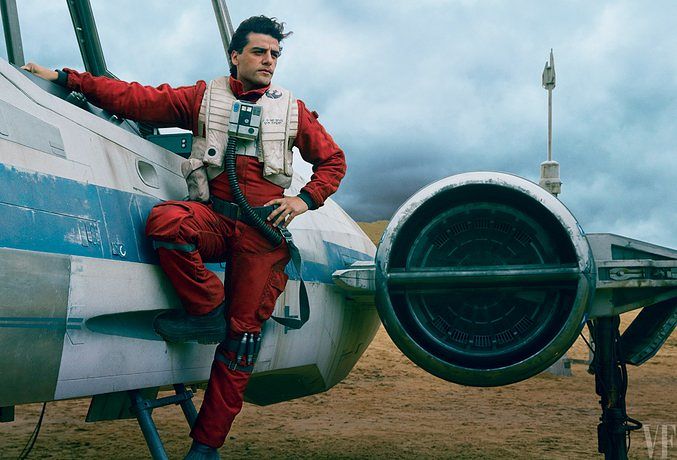 We’re first introduced to Poe in the crawl at the beginning of the film, when he’s referred to as the Resistance’s “most daring pilot” whom General Leia has sent on a secret mission. We quickly learn that he’s been sent to the planet Jakku to retrieve a piece of a map leading to Luke Skywalker, who had disappeared years prior. However, Poe is captured by evil First Order forces after giving the map to his BB-8 droid. He’s tortured by the villainous Kylo Ren, but is able to escape with the assistance of a mutinous Stormtrooper, upon whom Poe bestows the name Finn.

The two escape in a tie fighter, and immediately hit it off as friends but are shot down over Jakku. Finn is thrown from the craft, while Poe’s body is seemingly inside the wreckage when it’s eaten by a sand creature. Finn takes Poe’s mission upon himself and ends up hooking up with BB-8 and Rey, setting the film’s plot in motion. Much later, Poe is revealed to be no worse for wear. He explains to Finn that he was “thrown from the wreckage” and that by the time he woke up it was night, and Finn was long gone. Dameron’s ace piloting skills are integral in the destruction of Starkiller Base.

In each of the three instances I watched the film, something about Poe’s story of how he survived the TIE-Fighter crash rang hollow to me. He’s seemingly killed, mourned for most of the film, then shows back up with no explanation other than a throwaway line. Even the novelization of the film, which expands on many plot points and fills in some plot holes, only gives slightly more explanation with Poe stating that he used his piloting skills to barter his way off of Jakku. Granted, this could be partially due to the fact that Poe was originally supposed to die early in the film, which possibly explains why he drops out of the story for such a long period of time. However, while that might be true, his survival must have been decided at a relatively early stage in production since he plays a pivotal role in the film’s climax, making TFA’s version of a traditional STAR WARS “trench-run.”

During my second viewing of the film, I began to theorize that Poe actually did die on Jakku early in the film, and that the Poe we see later is actually a clone. Upon my third viewing, with the theory already in mind, I began to expand on it further until I came up with the idea that Poe Dameron had actually died several times, and that each time he’s replaced a clone who is conditioned with all of Poe’s memories up to his death and is conditioned to believe that he somehow miraculously escaped.

While I know this theory is a bit out there, let me explain my reasoning. As mentioned above, it’s mentioned in the opening crawl that Poe is the best pilot that the Resistance has. This is also repeated several times in the film by numerous characters, including Kylo Ren himself, leading one to assume that Poe has a well-known reputation. It’s also a well-earned reputation, as the flying we see demonstrated by Dameron, in both TIE and X-Wing fighters, appears almost superhuman, even by STAR WARS standards. My theory goes that the real Poe Dameron was truly the best pilot that the Resistance had, and his reputation served as good propaganda to friend and foe alike. Therefore, upon his hypothetical death, General Leia (who’s presented as having become quite politically shrewd) had him cloned and has continuously done so since.

READ: Check out our look at the JOURNEY TO THE FORCE AWAKENS material released in the lead up to the film!

I’ll be the first to admit that my theory is almost definitely not true in the least, and the awkwardness of Poe’s story-arc in the film is simply a result of runtime/editing/script changes. However I wish that wasn’t the case, as I feel like the “Poe as clone” theory could create numerous interesting plot-points going forward including how Poe and/or Finn would react if they learned the truth, and sets up an interesting juxtaposition considering the Republic/Empire’s use of clones during the Clone Wars is presented in the prequel trilogy and cartoons.

So readers, I ask you, do you think there’s any merit to this theory or am I just reading way too into things here? Also, do you have any FORCE AWAKENS theories you’d like to share? Let us know in the comments below or on any of our social media channels.