Thanks to Disney buying Lucasfilm, Star Wars has returned to pop culture through more than just comic books and animated television shows. STAR WARS: THE FORCE AWAKENS is a massive hit and another two more movies are being made to complete the next saga in the Star Wars Universe. Though one thing to notice throughout STAR WARS’ return is the direction of the new Jedi Order.

In STAR WARS REBELS, Kanan Jarrus has come into contact with a being known as The Bendu. The Bendu is explained as being an ancient entity who is supposedly the center of the Force, “the one in the middle.” The classification of “being in the middle” aligns with the Grey Jedi perfectly. 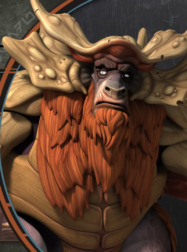 Who Are The Grey Jedi?

READ MORE: Want to learn more about certain Grey Jedi? Read Ahsoka Tano and Her Role in a Galaxy Far, Far Away

With enough control, they are able to use certain abilities that the Jedi would not be able to use. They study more light side teachings than dark side teachings because the light side does not consume. The Grey Jedi have more in common with the Jedi Order than the Sith. The only difference is that the Grey Jedi are not afraid to dabble in the dark side and do not follow any particular order. They only follow the will of the Force.

He would not agree with the Jedi’s political involvement and his actions would even clash with the Jedi Code. His views on the world are what made him go against the Jedi Council’s Orders and commence the training of Anakin Skywalker. Despite all this, Qui-Gon Jinn still affiliated with the light side of the force. 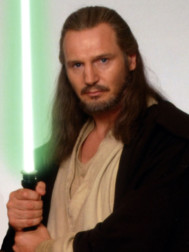 Ashoka Tano is Anakin’s Skywalker’s apprentice. She has also found herself in conflict with the Jedi Order but still continues to serve the Living Force. Ashoka’s appearance in STAR WARS REBELS showed her with two white bladed lightsabers. Ashoka was also seeking her revenge on Darth Vader for the destruction of her former master.

When Darth Vader tells her that Revenge is not the Jedi Way, she replies by saying, “I am no Jedi.” This scene reveals that Ashoka no longer lives by the Jedi Code. She only follows the way of the Force. Both Ashoka and Qui-Gon Jinn may not use dark side abilities. However, their devotion no longer lies with the Jedi Order but the Living Force itself. 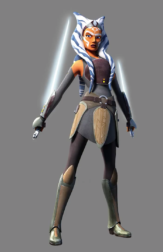 In the expanded universe, Luke Skywalker’s new Jedi Order was more aligned with the Grey Jedi than the former Jedi Order. It seems possible that the new Star Wars canon will be bringing back the term of Grey Jedi for the new trilogy. While the new Grey Jedi may not be exactly the same as the expanded universe. The new Grey Jedi possibly show a new way to look at the Force. Instead of Good vs. Evil, audiences may see that the Force as one living thing with different ways of usage.