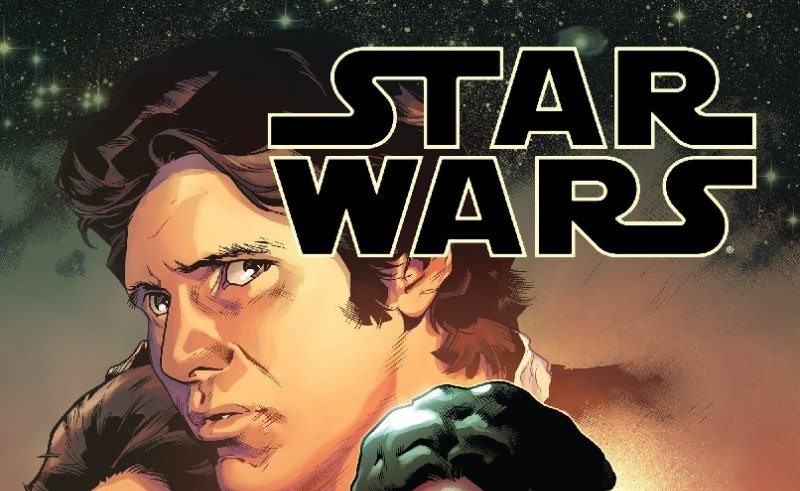 It is a period of renewed hope for the galaxy’s biggest fandom. As the world awaits the December release of STAR WARS: THE FORCE AWAKENS, Marvel Comics continues providing a host of comics to help fill the void—as well as gaps in the refreshed continuity—with the flagship STAR WARS title leading the way. After the first issue’s record-setting launch, Jason Aaron (SOUTHERN BASTARDS, THOR) and Stuart Immonen (ULTIMATE SPIDER-MAN, NEW AVENGERS) continue to show that the Force is indeed strong with Marvel.

READ: Our Review Of DARTH VADER #9, another impressive STAR WARS title from Marvel!

Picking up where #8 left off, Luke Skywalker—tailed closely by R2-D2—manages to recover his stolen lightsaber from the hands of pickpocket, only to end up captured by the thief’s boss: Grakkus the Hutt, crime lord and collector of all things pertaining to the Jedi Order. Grakkus captures Luke and forces him to active a Jedi holocron, a device containing the vital teachings and secrets of the Jedi.

This segment of the story makes up the meat of the issue, and it’s a good thing. It continues Jason Aaron’s theme of steeping his Original Trilogy-era stories in Prequel Trilogy lore. I find that this blending of elements helps the existing films and expanded continuity feel more cohesive as a whole. As a lifelong fan of the films, I can’t really ask for more in a comic book.

But recent issues of STAR WARS offer more to readers than a mash-up of existing elements. #6 introduced the world to Sana Solo, a woman who claims to be Han Solo’s wife. Sana made herself known to Han and Leia as the two were searching for a new location that could serve as a home to the Rebel forces. Sana made it clear she intended to leave with Han and turn over Leia to the Imperials for her considerable bounty, that is until Han made it known that he was also to be taken for the Empire because of his part in the rebellion. The three form a tenuous alliance and escape as Imperial fighters attack!

READ: Our Review Of STAR WARS: SHATTERED EMPIRE #1 As We Approach THE FORCE AWAKENS!

As interesting as the Sana Solo angle has been, this part of the story has felt a little bit like filler ever since that killer reveal #6. For that reason I’d consider it the only real weak point of this issue, although I remain confident Aaron is building to something worthwhile with the character.

Finally, the Rebel leaders receive a distress call from R2-D2 informing them of Luke’s capture at the hands of Grakkus the Hut. While they initially refuse to send anyone to Luke’s rescue—certain it would be a suicide mission—a certain Wookie steps in and volunteers, with C-3P0 in tow!

Thus concludes STAR WARS #9, the latest in a series that continues to prove itself a dream come true to this STAR WARS fan. Join me again next month as Luke Skywalker is thrown into the arena, and Han’s lady troubles continue to escalate!

CHECK OUT MORE ARTICLES AND REVIEWS FROM COMICSVERSE!