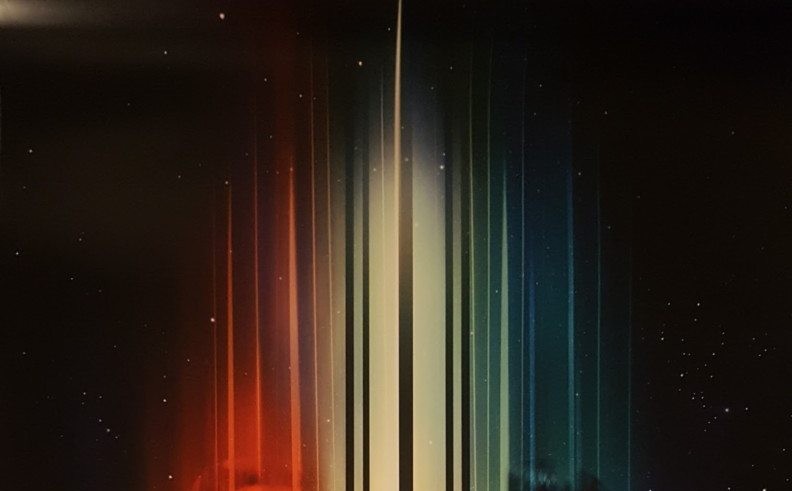 STAR TREK BEYOND blasted into theaters this week amidst a deluge of hype, controversy, and tragedy. The film, which is the centerpiece of the long-running franchise’s 50th Anniversary Celebration, rises above these hurdles to create an entertaining and compelling ride.

BEYOND is the thirteenth theatrical release in the franchise, and none of the previous twelve have dealt with anything close to the external difficulties faced by the film. For starters, the third film in the current alternate universe trilogy is helmed by a new creative team in director Justin Lin and writers Doug Jung and Simon Pegg (who also plays Scotty). The unproven trio had the unenviable task of following up 2013’s STAR TREK INTO DARKNESS, a film that met with an overall mixed reception from the general public/critics while being voted “Worst Star Trek Film” by several polls of hardcore Trekkies.

READ: Why has STAR TREK endured for fifty years? Our thoughts here!

In addition, tragedy twice struck the film’s cast. First, there was the 2015 passing of TREK icon and reboot cast member Leonard Nimoy, followed by last month’s tragic accidental death of Chekov actor Anton Yelchin just as the film’s publicity tour was about to begin. With all that going against it, many questioned whether STAR TREK BEYOND could properly honor the franchise’s 50th anniversary.

STAR TREK BEYOND begins in the midst of the USS Enterprise’s five-year deep space mission. The taxing assignment has left many on the ship, including Captain James T. Kirk (Chris Pine), questioning if what they’re doing is worth anything. The crew believes they’re getting a respite with shore leave on the Federation’s newly built star base, Yorktown, however they’re quickly called back into service to answer a distress call. 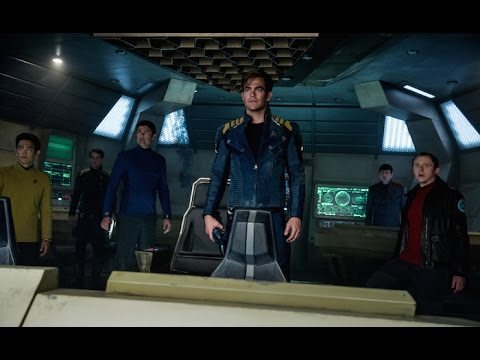 The call is actually a trap set by the villainous Krall (Idris Elba) who proceeds to use his swarm of insect-like drone ships to destroy the Enterprise, marooning the surviving crew on a planet below. With nothing but their wits and no help except the mysterious Jaylah (Sofia Boutella), the crew has to find a way to stop Krall from using an ancient weapon to destroy Yorktown, and potentially the whole Federation.

Above anything else, STAR TREK BEYOND is a fun film, more so than any other in the TREK series except 1986’s STAR TREK IV: THE VOYAGE HOME. There’s a sense of whimsy that flows through even the most serious moments, most likely attributable to the script from comedy vets Pegg and Jung. Personally, I never found the humor to be an impediment to the plot, but I can imagine that more serious-minded STAR TREK fans might. In particular, there’s a major plot-point during the film’s climax that I loved, but can already imagine the negative reactions it will get in some quarters. That said, I believe most hardcore fans will enjoy the film on a whole as it feels more like a STAR TREK episode than either the 2009 film or INTO DARKNESS. In addition, there are numerous references to the franchise’s mythos, including the introduction of two familiar ships. 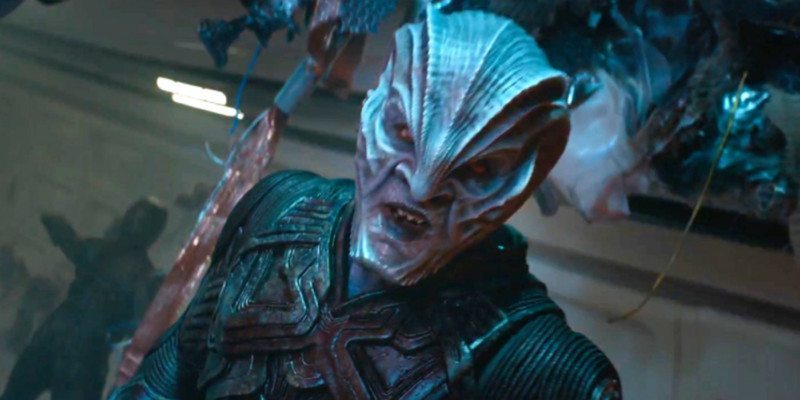 From a technical story structure standpoint, the film is a bit basic. The first and third acts move incredibly quickly, sometimes not leaving enough time for massive set-pieces like the destruction of the Enterprise or the final battle of Yorktown to breathe. On the other hand, the second act, with the main crew separated into pairs on the planet, drags a bit and could probably be cut down by a combined ten or so minutes to help the flow of the film.

READ: Check out our rankings of the previous STAR TREK films here and here.

As has been the case with all three films in the reboot trilogy, the main cast delivers in spades. Chris Pine adds new layers to his portrayal of Kirk, questioning himself and his decisions in a way reminiscent of William Shatner’s WRATH OF KHAN version of the character. Zachary Quinto (Spock) and Karl Urban (Doctor McCoy) steal any scene they’re in as their classic bickering duo spend most of the film paired off. Beyond the big three, the film finds room for the other characters to shine, as Zoe Saldana’s Uhura, John Cho’s Sulu, and Pegg’s own Scotty all have moments of their own. Poignantly, the late Anton Yelchin delivers the best of his three performances as Chekov, balancing out the comic relief of previous films with solid character work. 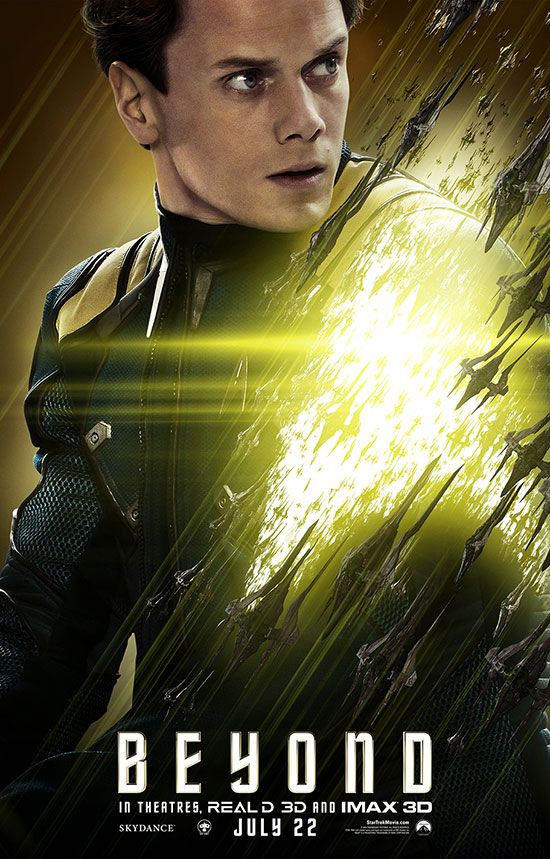 Of the newcomers, Boutella shines as the warrior Jaylah, delivering a nuanced performance especially in scenes opposite Scotty. Idris Elba doesn’t fair quite as well, as Krall is underdeveloped and a bit hammy for most of the film. A third act twist reveals a major detail about his character’s past that makes things more interesting. Unfortunately, there’s not enough time left in the film to really explore the ramifications of the reveal. Finally, while Nimoy didn’t film any scenes, his original Spock is a major part of the film. In fact, a Spock-related scene near the end of the film brought a legitimate tear to my eye.

Visually, BEYOND is in line with the previous two films in the series. Justin Lin follows the kinetic, sometimes scattershot template set by J.J. Abrams almost too closely. The visual effects are an improvement over INTO DARKNESS and the gravity-defying design of the Yorktown star base is truly breathtaking, as is the drone-induced destruction of the Enterprise (which has been spoiled by numerous trailers).

Overall, it’s too early to decide where STAR TREK BEYOND fits into the overall pantheon of TREK films. I think it’s most likely somewhere in my personal Top 6, but I’ll have to see it a few more times before I make a final judgment. What I can say is that it’s a damn fun film and I heartily recommend checking it out on the big screen.