STAR-LORD #4 continues to take us down a path of redemption and growth, as we focus in on the origins of our titular hero’s friend, Edmund. This issue not only provides much-needed backstory and character development, but it also gives us a nice helping of action. Furthermore, the well placed comedic timing involving Peter Quill and his search for Diamondhead (who went missing the last issue) makes the issue rich with content. The combination of the two stories, both past, and present give us a solid issue that rarely disappoints.

READ: For more space heroes, check out our review of NOVA #4!

Following last issue’s revelation, our story begins with Edmund explaining his criminal history and reasoning to Peter Quill and Daredevil. We learn that years ago, he and his brother worked on a special suit that could’ve been revolutionary for science, but disaster struck when his brother was killed because of it. His death then set Edmund on a path where he became a small-time criminal, stealing from the rich and giving to the poor, which ultimately led to him being estranged from his family. In addition to these revelations, the issue does go back to the disappearance of Diamondhead, which leads to an interesting team-up between Peter and the Shocker. The duo’s search leads to a climactic warehouse showdown, providing one of the best action scenes of the run so far. 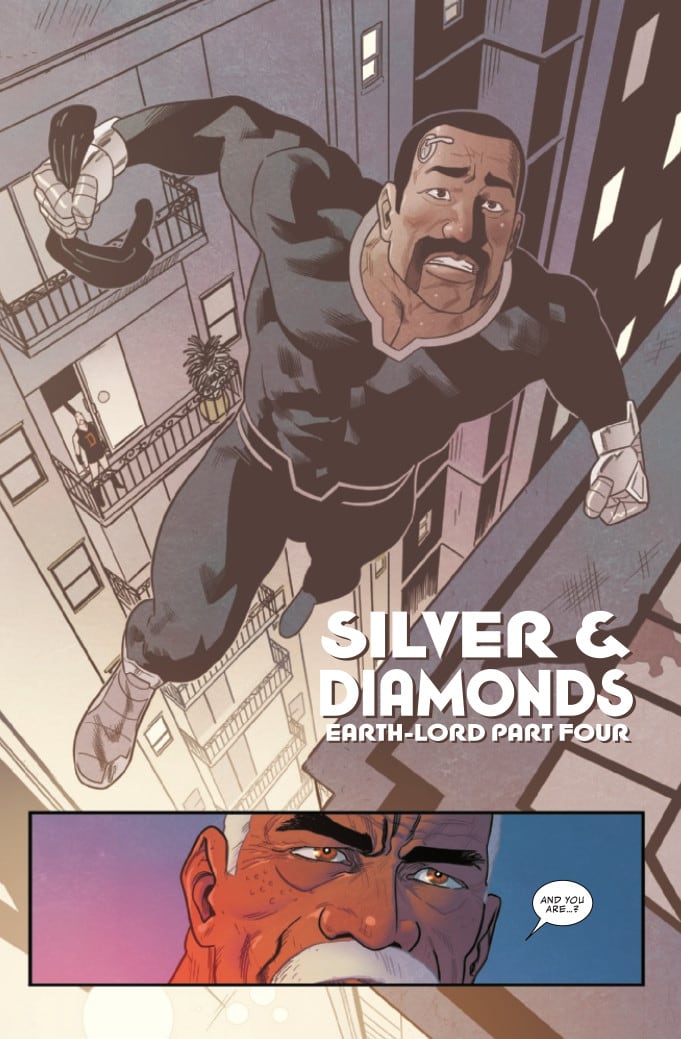 Writer Chip Zdarsky does well to blend both stories together this issue, having Edmund’s origins and legacy connect back to Peter and the moral lessons he’s gaining on Earth with his community service. While providing a backstory and sense of morality for Edmund, the origins not only help provide an idea of what may happen near the end of the arc’s run but also show where Peter’s mind will be at with all of the information he’s learning.  Zdarky’s run so far has done well to hammer into Peter’s head that not everything on Earth runs the same as it does in space for him, and while he’s not a terrible person by any means, he still has much to learn when it comes to being a grounded hero. In addition to the more serious tones of this issue, there are also great jokes at appropriate moments. One key example of this is when the running joke of Peter always losing his shirt presents itself in more ways than one, especially during the warehouse fight. 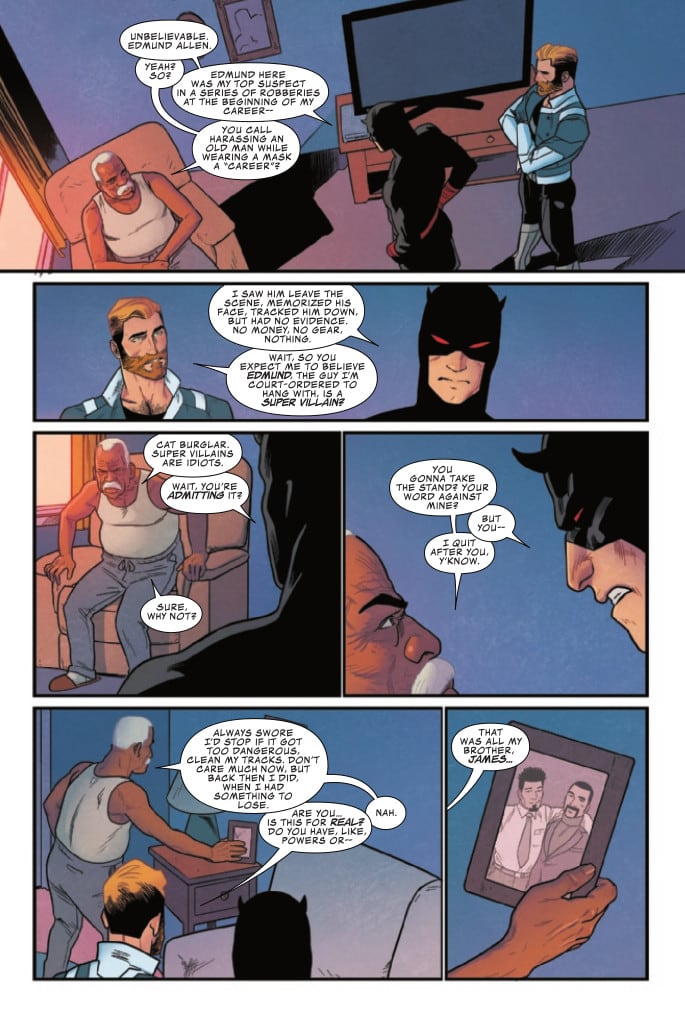 Kris Anka does an excellent job with the art in this issue, especially in the warehouse scene. The intensity of the fight is captured well, with moments such as Peter being attacked by multiple people in close combat, feeling tight and focused as they should. Edmund’s flashback also deserves high praise, as the emotion and sense of hurt and loss can be seen in the expressions of the character’s faces as the story is told. Anka’s work truly captures the tone and feel of the story, rarely missing the moment to work hand in hand with the unfolding events of the book.

READ: For more comedic showdowns, check out our review of SPIDER-MAN/DEADPOOL #15!

A stellar issue, STAR-LORD #4 does an amazing job of showing development and empathy for Peter and Edmund, along with pushing the story forward. Good action sequences, coupled with great comedic moments, combined with fleshed out backstories keep everything new and exciting. All of this fuels the potential fire of the next issue as we near the end of this first arc. This issue is a must read, and makes you wonder just how it will all end.