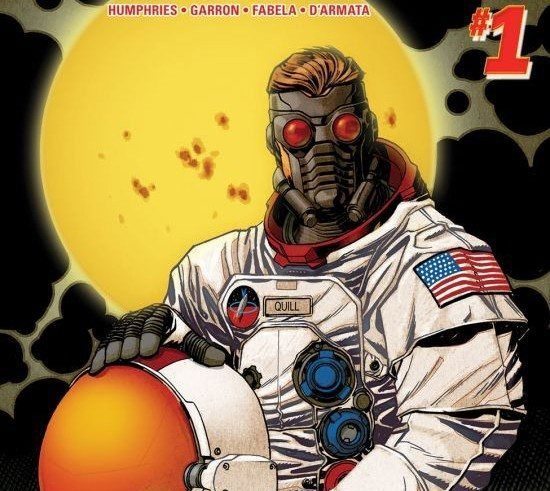 Writer Sam Humphries begins recounting how Peter Quill came to be STAR-LORD in the first issue of the All New, All Different Marvel series.

STAR-LORD #1 begins with a ten year old Peter Quill witnessing the brutal murder of his mother by unknown aliens. The book then flashes forward to an eighteen year old Quill seemingly in the middle of space battle, which is revealed to be nothing but a training simulation after he’s “killed” by hostile aliens. However, Peter has not become an astronaut in the eight years since his mother’s murder, instead he’s a low-level mechanic and janitor at a NASA facility in California who’s been searching for the ship that murdered his mother. 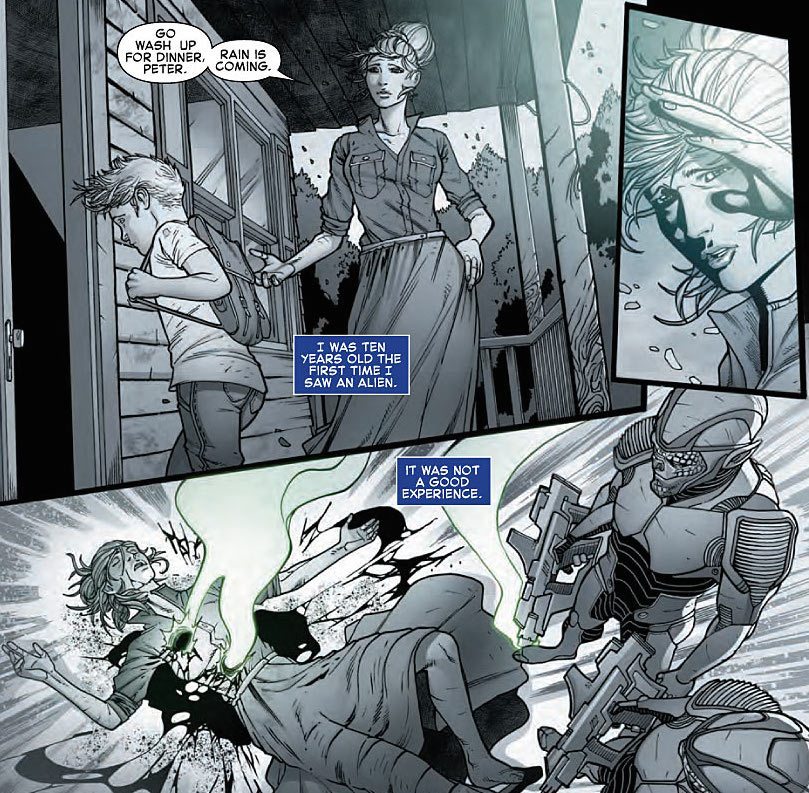 The base, which is headquarters to a ship that’s planned to establish the first human space colony, is overcome by excitement when the Avengers deliver a captured Kree Warbird for study. The chief scientist in charge of the colonization ship, the Asterion One,  believes that the Warbird’s warp drive could be the key to getting the ship working. Unfortunately, none of the base’s pilots are able to operate the ship, nor understand how its engines function. Peter has a theory as to what they’re doing wrong, but after being brushed off as “nothing but a janitor” he gets into a fist-fight with one of the astronauts. 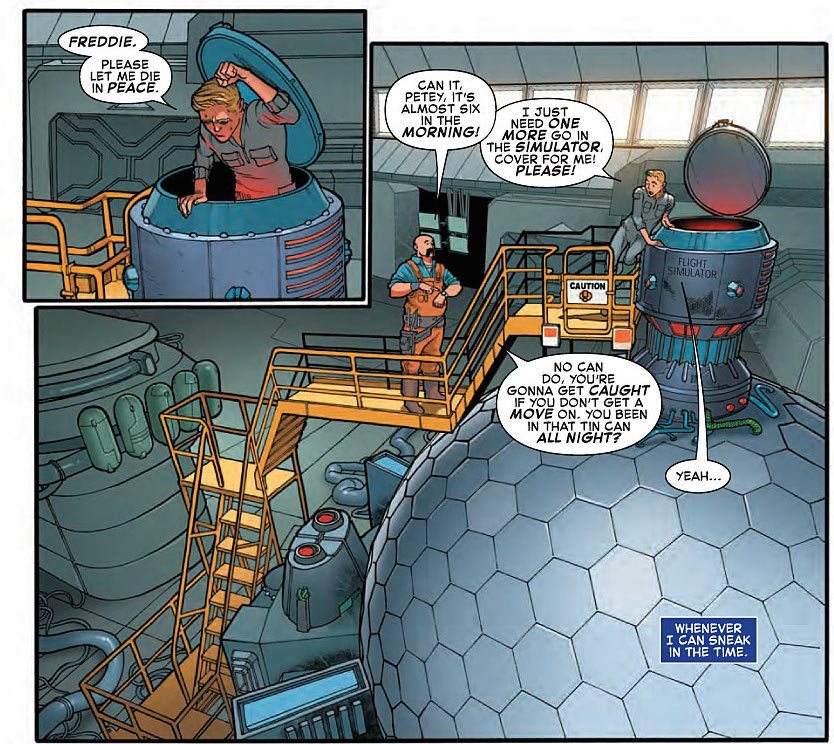 Between the brawl and his constant unapproved use of the simulator Peter is let go from his job at the facility, despite the efforts of Commander Lisa Chang, an old friend of his mother who runs the Asterion One team. Dejected, Peter decides to steal the Kree ship. He does so, and evades the other pilots by successfully activating the ships warp and blasting into space. Peter is obviously elated at his success until the ship shuts down, and he realizes he’s alone in space with no way to get home, ending the first issue.

READ: Want to know more about Sam Humphries’ take on the character? Check out our STAR-LORD AND KITTY PRYDE review.

STAR-LORD #1 sees writer Sam Humphries return to the character to script his updated origin story. Plot-wise, the issue does feel a bit familiar, as there are elements similar to storylines in DC’s various Hal Jordan-centric GREEN LANTERN series, and even the 2009 STAR TREK reboot film. The plot moves at such a quick  and exciting pace that these familiar story beats don’t drag it down nearly as much as one might think.

Not surprisingly, the main bulk of characterization in the book centers around Star-Lord himself, Peter Quill. Humphries has shown tremendous aptitude with the character for several years now, having written him before SECRET WARS and in a Battleworld mini-series during that event (in fact, I would argue that his STAR-LORD AND KITTY PRYDE mini-series was one of the best books Marvel has released this decade) and he once again writes a very engaging Peter in this book. Quill’s personality and actions are perfectly in-line with his future self, while maintaining the immature and hot-headed nature of youth.  So far, the other characters in the book aren’t nearly as three dimensional. Most of them don’t get full names, and Commander Chang initially seems like nothing more than a stock mother figure. However I’m more than willing to give the series the benefit of the doubt, as it was only the first issue. 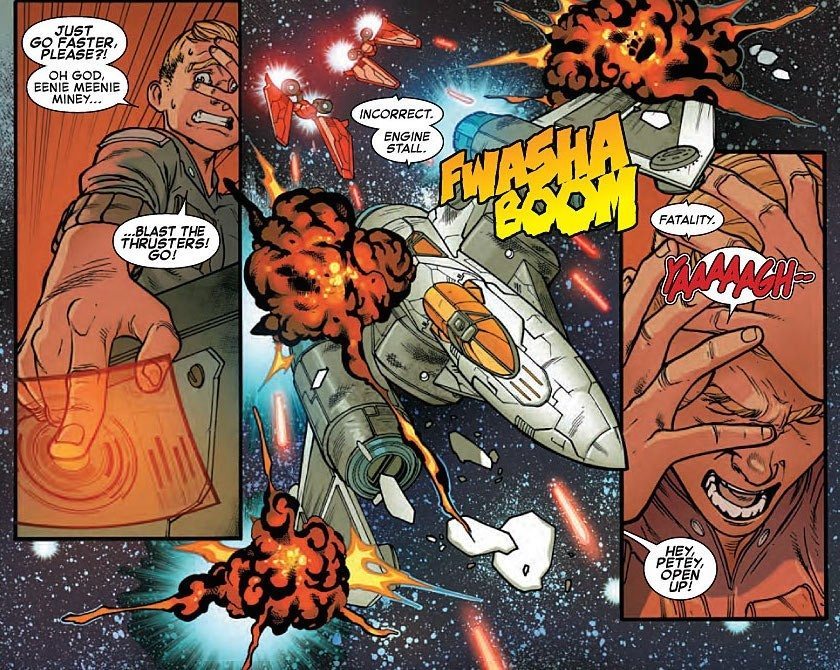 Artist Javier Garron gives the issue a very engaging utilitarian Sci-Fi look that, like some of the plot details, reminded me of Starfleet Headquarters in J.J. Abrams 2009 STAR TREK film. Of particular note is the dog-fight between Quill in the Kree Warbird and the pilots chasing him through the facility at the issue’s climax.

READ: Check out our review of DRAX #1, starring Star-Lord’s fellow Guardian Of The Galaxy.

While some of the story-beats will seem familiar to certain comic and science fiction fans, I would still recommend STAR-LORD #1 as a book worth checking out, especially for fans of Sam Humphries’ previous work with the character.