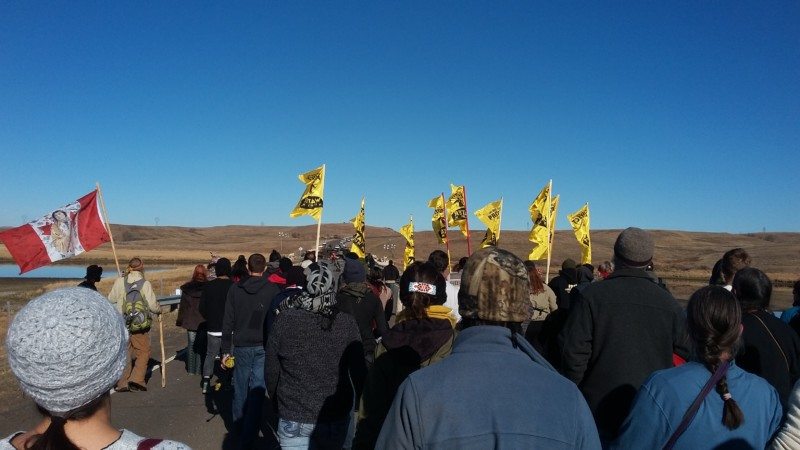 Imagine if our days were numbered in pages, our moments captured in the slot of a panel, and our lives were stitched neat, well kept inside clear plastic. A true comic story, where you solely roamed as its protagonist, soaring through a city to invoke justice. Yet, through the ins and outs of daily nature, that backdrop colored fantasy can fade into a gray gloom, making us feel less made of steel and more like working class Kents. All heroes begin with an awakening, however, and mine was Standing Rock, North Dakota.

Somewhere between the snapping cracks of the sacred fire and the beating drums that moved the nightly round-dances, a calling had reached me on the back of a North Dakota wind – and for the first time in my life, beneath the midwestern stars, my eyes were fully open to the world. 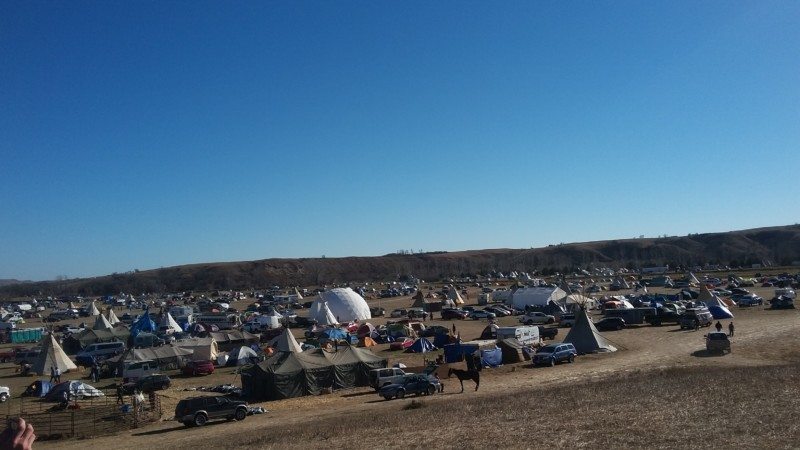 There’s a revelation in the tale of every hero, but in a nation where life runs like a punch clock, we often descend into a selfish disillusion, a world based on self-gain – until a moment comes that sparks not just the mind, but the heart, because, before one can put on the mask, the mask over the world must be unveiled.

During my time at the Standing Rock main camp, Oceti Sakowin, that mask which was fitted over the world I knew was stripped away forever. There, working and praying among natives and non-natives, I learned the face of true heroism – and also villainy. So used to, are we, of seeing evil through the face-paint of a mad clown, or some alien demigod. Tyranny is much simpler, smaller than an atom. It’s what inhabits the space in the tiniest of thoughts. It’s the seed of a concept that evolves into a growing tree of perception, and it wears no definitive mask.

The antagonists of my story, and that of all my indigenous relatives, exist in the form of a multi-billion dollar company (Dakota Access Pipeline LLC) and in the form of a government, who for centuries impeded on and neglected the rights of our native brothers and sisters. Adversaries motivated by greed, power, and profit. At the cost of the destruction of nature, in the pollution of our water. A battle that has brewed in the pot of our history for generations. 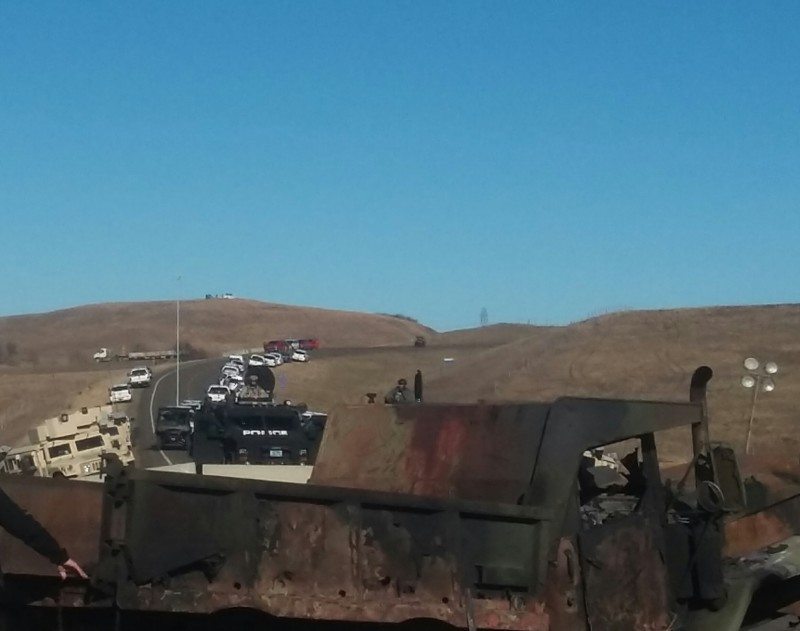 There’s a point where the strain of right and wrong takes its toll, and one either loosens their grip on the latter or plants their feet deeper into the muck to take a stand. The initial enemy standing in the path of true heroism is not a distant one. It’s the enemy that has attached itself to you since birth, and that will follow you until death. It walks in the name that is “fear.”

The major distinction between the heroes sketched on the front of a comic book and that of the ordinary reader is their leap towards uncertainty. There’s no fear that resonates louder than that of the unknown, than that of change. There’s a comfort found within personal societal norms that restrict individual growth. It’s that comfort that prevents you from marching in protest for something secretly cherished. From speaking truth, or taking action against clear wrongdoing. It’s that comfort that has you watch from home as others express your ethical values.

The attractive web these beloved comic book heroes weave around our hearts is made from aspiration; an aspiration to be better, to do more with our lives than simply punch in for a job and pay monthly rent. If there is one thing that our comic book idols have taught us, it’s that at the heart of every hero lies selflessness.

READ: Learn more about the water protectors and their stance against the DAPL at Standing Rock!

One of the most memorable, and perhaps valuable, lessons I took from my time at Standing Rock was that of compassion. Throughout all of the injustices carried out by our government against Native American communities, from waged battles, to stolen land, dishonored treaties, genocide, and countless more, the Lakota Nation and other indigenous groups from around the world continue to not only remain peaceful in action, but compassionate to all in mind and spirit.

In a moment where not even a painting could capture its wholeness, I stood beside in solidarity with fellow water protectors, across a river where state law enforcement and militarized troops gathered like a small platoon. There, divided by a body of water, the very thing that conjured us all, I remained alongside those injured from dispersed bean bags and pepper spray. There, following the settled commotion, a prayer was shed for the safety of the water and all of its dependents, including the families of the men geared with armament and with the minds of greed and violence.

Praying for those who don’t acknowledge the consequences of their own actions was a custom much admired at camp. Unawareness of one’s own repercussions onto themselves, their children, and future generations is a tragedy much greater than their actions. Through the culture and tribal leadership of the Lakota natives, I gained adoration for their strength of not retaliating with punches, but reacting with prayer and empathy. They taught me that we’re all victims.

For every hero, there’s a line to be tested, a point that distinguishes your ethics from being immoral. It can come behind a withdrawn fist, a refusal for revenge – and in that specific moment, where time hesitated a beat, I realized the true nature of heroism. It’s a nature we all possess. The simple reality is that, behind the formal work attire, the groomed hair, and polished glasses, we all wear a shirt carrying a specific symbol waiting to come out and shine.

As long as we can reach deep within and pry ourselves from fear’s grip, there’s no difference between you and the person behind the super-suit. You can live your life on the splashes of a panel, in a series of grand issues. You can soar in spirit, crack the jaw of injustice with heart, and uphold honor through mind. There is vast potential to be found behind awakened eyes.

There is a calling for us all, to prioritize not just ourselves, but the well-being of our neighbors. Standing Rock Reservation was my Bat-Signal in the sky, and I look forward to countless more. What will be your beacon? Where will your arc begin?