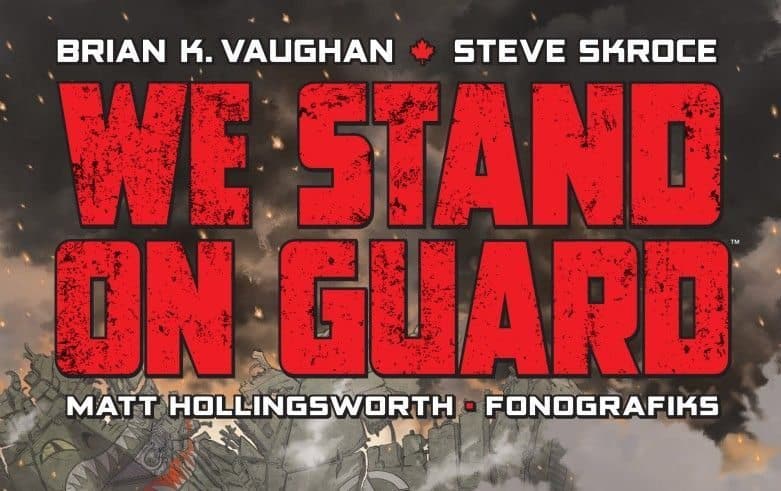 WE STAND ON GUARD #2 begins and ends, literally and figuratively, with a bang. After taking down some massive U.S. armor, the freedom fighters (“the Two-Four”) wrap it up and take it back to their mountain base – bringing Amber along with them. The problem is, their little assault wasn’t as invisible as they thought; US intelligence knows they lost a tank, and sent a team out to investigate. While Amber is getting acquainted with her new surroundings, the entire team learns two of their members haven’t yet come back…

CLICK: THE WALKING DEAD is back and better than ever! Read our review of the newest issue!

READ: Some comics are afraid to change while others are constantly reinventing. We look at this fear and determine how important change is to comics!

I recently saw a YouTube video examining the place of CGI in films. The ultimate thesis was that we only notice bad CGI, while there is tons and tons of good CGI in many, many, many movies that we never notice. CGI is meant to be seamless, unseen. Bad CGI stands out even more when the story is bad, leaving you time and energy to point at the film’s lack of production value.

There is no “bad CGI” in WE STAND ON GUARD.

The production values are so consistently high that the story is allowed to proceed unimpeded. The lettering is crisp, the art is clear and compelling, and the colors so lush that you just accept this world and everything in it.

And there is a lot in it. 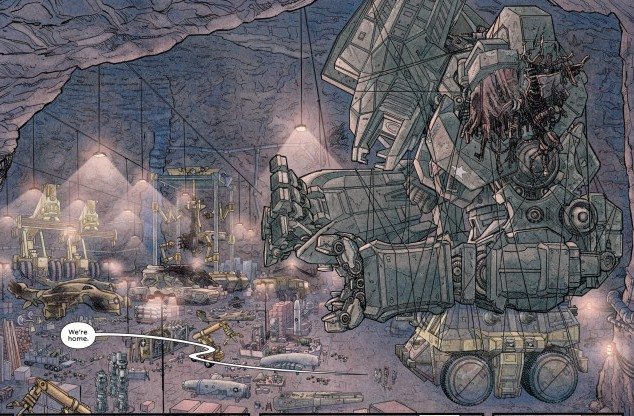 READ: Love THE WALKING DEAD? Here’s our look at the Season 6 trailer!

The thing about Brian K. Vaughan stories is that the world-building is never finished. From issue one to the final issue of whatever he’s writing, there’s something new to learn about the world in which this story takes place–as it should be. Vaughan’s stories take place in new, different worlds, so how can we possibly expect to learn everything in a single issue or even a handful?

Granted, this is only the second issue of WE STAND ON GUARD, but the signs are there.

WE STAND ON GUARD #2 expands the world, moves the plot forward and, despite my misgivings in the last issue, we learn more about our protagonist, Amber. 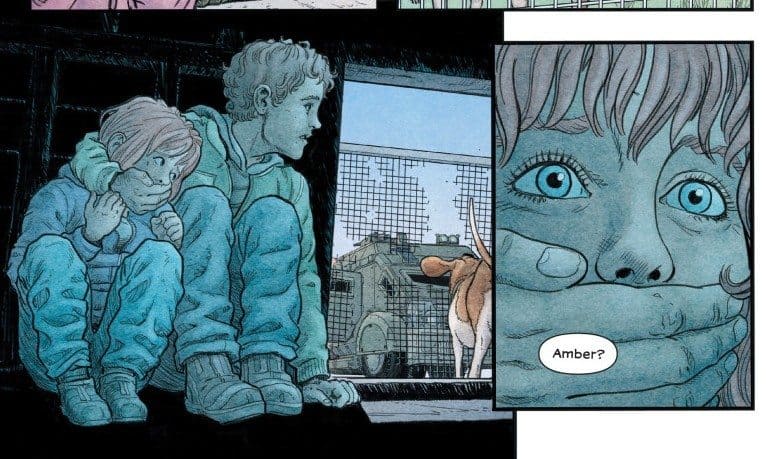 LEARN: Looking for something new to read? These 6 Valiant Comics deserve your love!

Maybe… a little too much.

My one gripe with this issue is Amber’s gratuitous butt shot. Don’t get me wrong; I love butts, and Amber has a nice one, but the panel is clearly there to just be there. It takes up the length of the page and doesn’t pay off in any dramatic way. Correct me if I’m wrong, but that’s the definition of gratuitous. It’s disappointing.

That aside, the first pages of this issue reveal the narrative plans for Amber and her backstory; we’re going to get, at the very least, flashbacks and, depending on her relationships with the rest of the Two-Four, maybe even some stories told directly by her. For all intents and purposes, Brian K. Vaughan may have just read my last review and said, “Hey, Danny, shut up. I’m taking care of it.” Shame on me for not having faith. 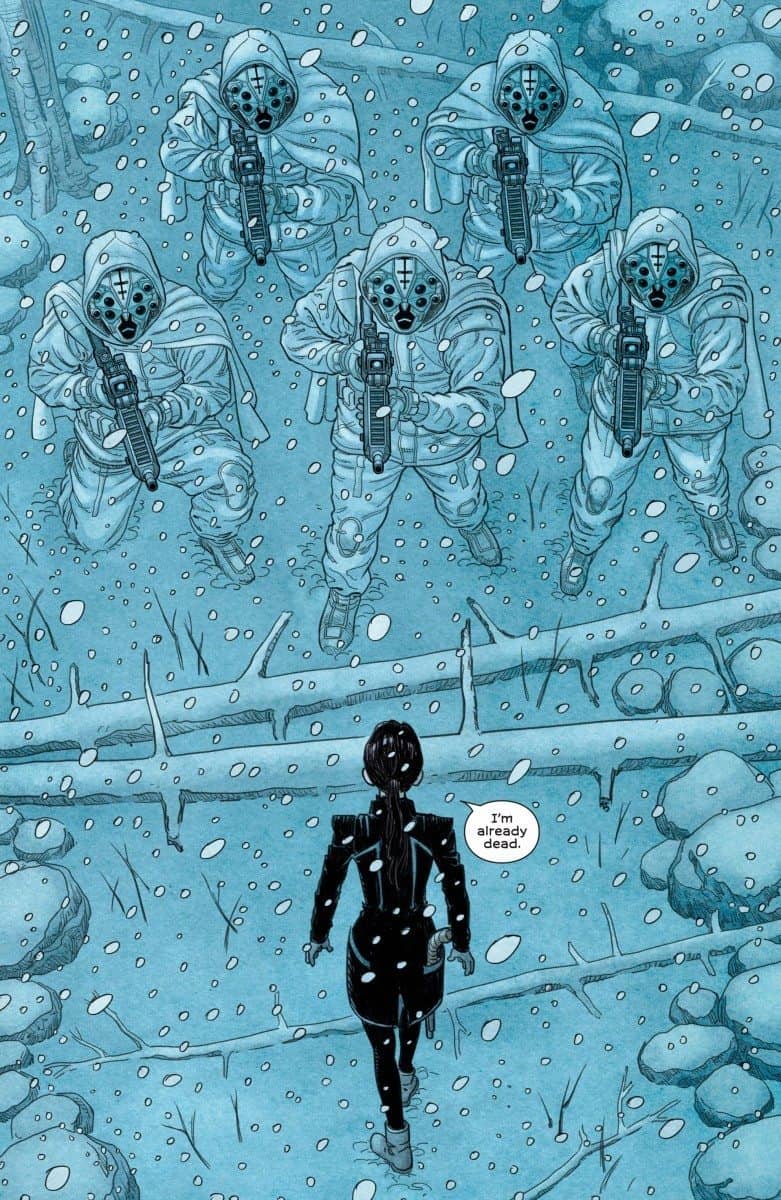 Beyond that, the plot thickens and points-of-view are refined. The Two-Four’s mistrust of Amber is highlighted so much, in fact, that you can’t help but wonder if her motives aren’t all she says they are. Add to that the introduction of a highly capable and no-nonsense US investigator that immediately picks up the trail of the Two-Four, and you have a recipe for explosive (again, both figurative and literal) drama down the line.

Amber’s flashbacks call to mind Y: THE LAST MAN and the way in which Yorick lived a harrowing lifestyle just trying to survive, and presents a nice thematic callback that exists not only in Y, but in SAGA as well: never underestimate the human capacity to survive.

As is also typical with Vaughan, however, not everyone survives. It ends with a literal bang, just as it began. That beginning, by the way, is a lesson in graphic storytelling in a single panel; it features only one word, but is chock full of information. You’ll understand when you see it.

WE STAND ON GUARD #2 is almost boring in its excellence. The story moves forward through expert and seamless weaving of text and art, and you’re left turning the last page in frustration, damning this industry for only releasing stories in installments a month at a time. If you’re not already reading WE STAND ON GUARD, fix that.

READ: Check out more of our reviews!