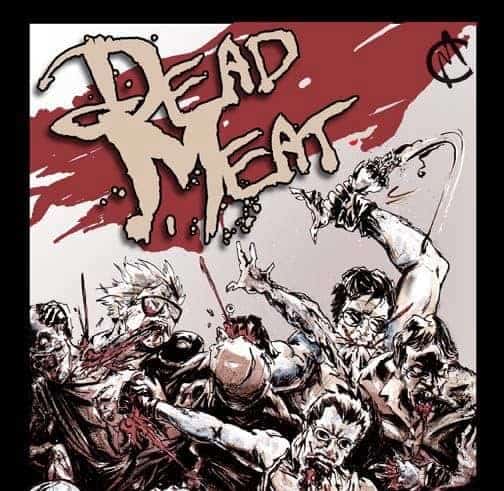 In August, I had the opportunity to interview one of the best web-comic developers out there today. His ongoing series, titled “Dead Meat”, has been elected Webcomic of the Year for 2011, ’12, and ’13 by comicmonsters.com, and it’s easy to understand why.

Clayton does all of the writing and illustrating on his own, releasing new pages periodically throughout the year. The title takes place in a post-apocalyptic wasteland, years after a zombie outbreak. Sounds familiar, right? Wrong.

Where similar titles, such as “The Walking Dead,” seem to focus on the zombies and the rebuilding of civilization, “Dead Meat” throws the reader into the action after civilization has already rebuilt. There are full cities. The enemy isn’t the zombies as much as it is organized armies. The whole thing has a great western feeling to it. Indeed, it feels easier to compare “Dead Meat” to “Fallout: New Vegas” than it does to “The Walking Dead.”

Clayton’s illustrations are one of the things that draws readers in most. His style is rough, scratchy, and fitting to the dangerous climates of his stories.

However, Clayton takes the medium to new levels, adding to his universe through short films. Each of the films is a few minutes long, and helps to develop the environment, plots, and characters of “Dead Meat.” They can be found on his website here.

Also found on Clayton’s website is his blog, where he shares his thoughts on the art of comics. As a true comic auteur, he exercises complete control over the process, and so, he’s more familiar with many as to how the whole process occurs. His words of wisdom are truly worth reading- I strongly recommend his blog posts, which can be found here.

On a more personal note, I have to add that Clayton is more than just a creator- he’s a truly nice guy. I only was able to speak to him for a few minutes during August’s Boston ComicCon, but he was extremely friendly and welcoming, and I wished that our conversation could have lasted much longer than the crowded floor of ComicCon would allow.

“Dead Meat” is available for purchase on Clayton’s website. If you haven’t been completely sold yet, he also offers some free pages as a bit of a preview.

But seriously, do yourself a favor and support a talented artist. This guy knows how to tell a story.

To see the full interview with Clayton, click here!