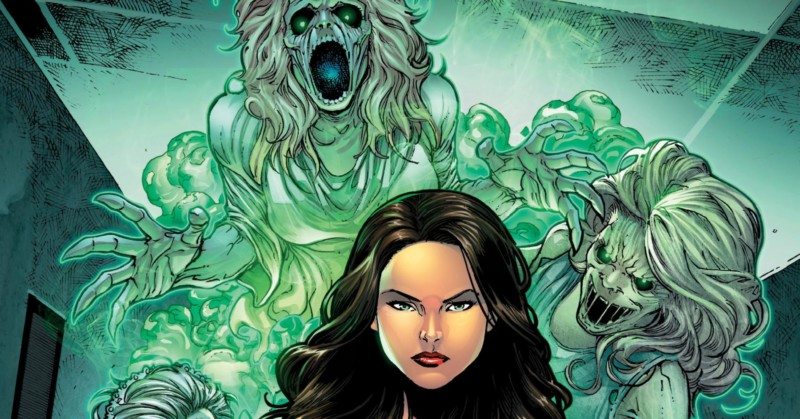 When I first read the synopsis for Joe Bursha and Ralph Tedesco’s spooky comic, SPIRIT HUNTERS #1, I was excited to read it. A ghost-hunting team entering into terrifying cases sounds like something I would definitely pick up. After all, I’m a sucker for ghost-hunting television shows. There’s only one problem: it wasn’t so spooky. I laughed and rolled my eyes and not one goosebump reached the surface of my arm.

I expected the second issue to pick up where the first issue left off. SPIRIT HUNTERS #2, written by Pat Shand & Dave Franchini, takes place at a carnival where a girl was mysteriously thrown from a roller coaster and died a horrific death. As soon as the ghost hunters find out about it, they head to North Carolina. I thought SPIRIT HUNTERS #2 was going to be a little more freaky, seeing as it takes place at a carnival. When the ghost appears in this issue, it happens to be in a funhouse. That sounds like it’ll keep me up at night, but instead, it’s rushed and not even close to being scary.

When you go to a carnival what do you see? Clowns, rides, colors, prizes, and the funhouse are always fun and eerie. The writers could have done so much with this issue. There could have been a creepy freak show and the funhouse could have had some creepy clowns. I would have liked to take a trip into the funhouse where the incident appears. I want to walk through it and experience more before bumping into the not-so-scary ghost.

READ: If you’re a skeptic, this supernatural footage might change your mind.

The plot seemed rushed and far-fetched. Every question that the team had, they found answers to. They all conducted many interviews with different people and the clues were coming together faster than they should. In issue #1, a girl in a red hoodie appeared that only Ellen could see, so clearly she is a ghost. In this issue, the same girl appeared, but brought Ellen to the answer that they needed. It was too good to be true. 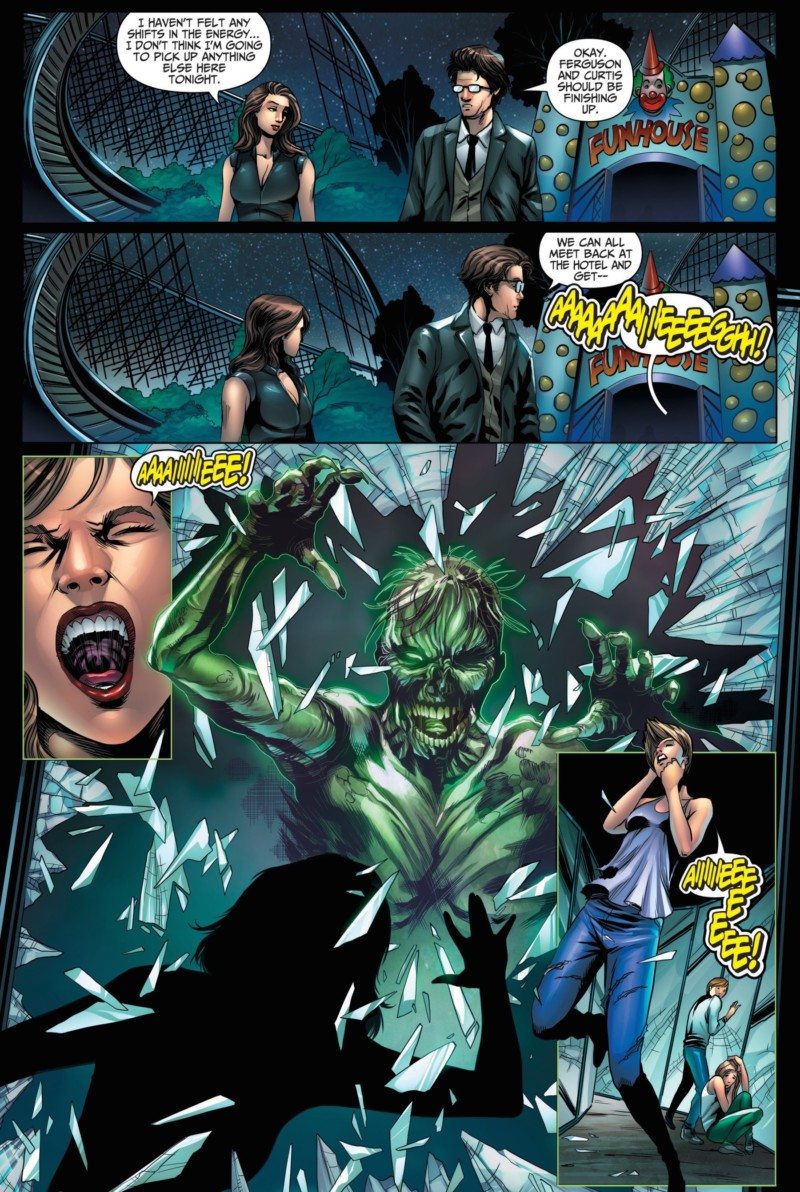 The art is average. It’s not unique nor fabulous, but it’s not horrible either. The ghosts could be more ghostly and appear less like glowing zombies. I understand that the girl in the red coat is supposed to be a ghost, but she should be more ghostly as well. Instead, she looks like another character, with blood still running through her veins. She’s a normal girl with jeans and a red sweatshirt with the hood over her head. If they are trying to show the difference between the good ghosts and the evil ones, they could do that a little better. The red-hooded girl could have a glow to her, and the evil ghosts can maybe be darker, more human and maybe have white, glowing eyes.

READ: If you like ghosts and horror, check out this Deliver Us From Evil article about tropes in religious horror

SPIRIT HUNTERS is basically ghost stories in comic form. I’ve heard many ghost stories, read them, and watched many scary movies, and this comic never came too close to freaking me out. My suggestion is to make the cases longer. One case shouldn’t be solved in under 30 pages. The case in the first issue wasn’t even solved, and the solutions to the second just came too quickly. Issue #2 should have been the continuation to #1, which eventually should lead to a solved case. THE BLOODY CARNIVAL should come after that and also take at least two issues. I don’t enjoy mystery ghost stories when the solutions are handed to you on the next page. Like I mentioned before, if a carnival is the setting of your comic, you have endless options. This comic should be both fun and creepy. Carnivals are all about playing and getting freaked out in the funhouse. The writers should have played a little more.