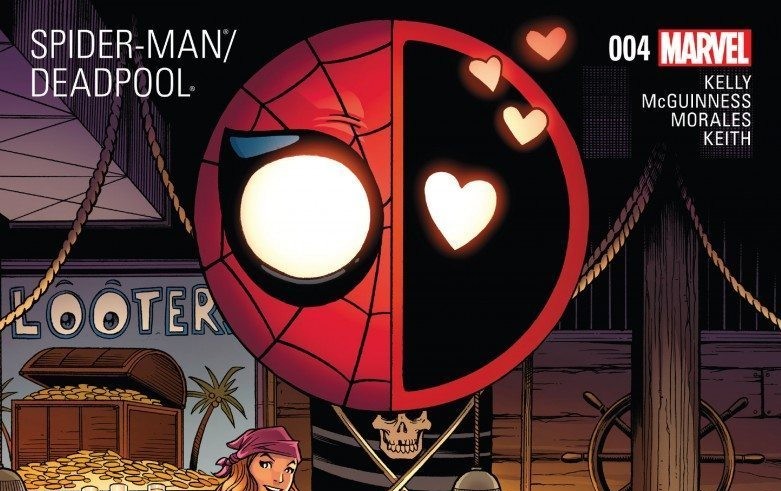 Crossover books have always been a popular staple of comics, and between SECRET WARS last year and CIVIL WAR II coming up soon, the crossovers are obviously not going anywhere anytime soon. The thing is, though, a lot of crossovers are just not very good. The problem is that it requires shoving not only two characters together but also their universes, which usually yields tonality problems.

This is sort of the case with SPIDERMAN/DEADPOOL. At first, the idea seems pretty interesting. You stick two of Marvel’s snarkiest, yet incredibly different, characters together and see what zaniness unfolds. When it works, it’s great. In SPIDERMAN/DEADPOOL #4, there’s a lot of these great things. As the friendship between Wade and Spidey develops, Wade’s also getting closer and closer to offing Peter Parker. In most books, there would be a lot of tension surrounding such an ironic conundrum, but that’s not the way Deadpool rolls, and the fourth issue feels more like a Deadpool book featuring Spiderman than a true blend of the two, so that tension is largely subplot. 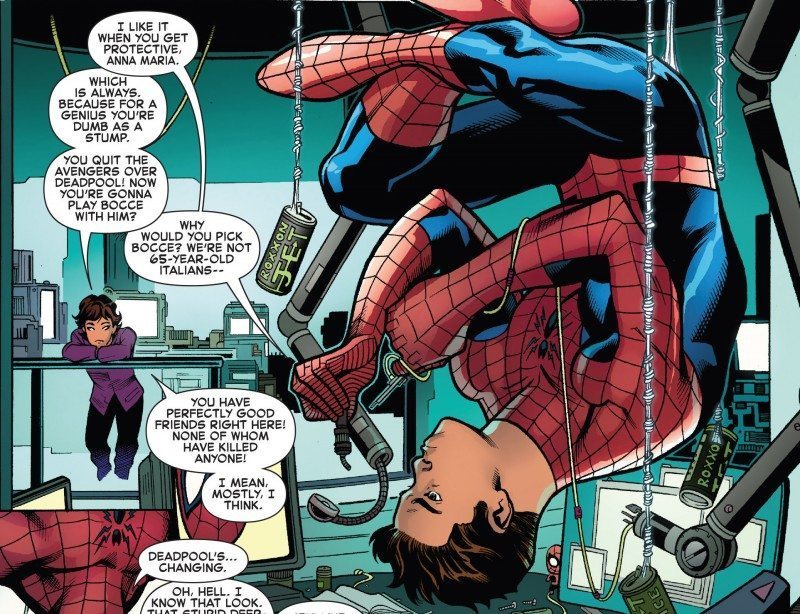 It could be interesting seeing that brand of drama brought to a Spiderman title in Deadpool, but in this issue, it feels like a distraction from the otherwise fun and more engaging plot. It mostly amounts to me not really caring and wishing it would get back to Deadpool and Spidey bonding time, which is much more entertaining and engaging. It’s not that there couldn’t be drama here, but what is here just doesn’t work that well.

LISTEN: Get psyched for the movie by listening to our X-MEN: AGE OF APOCALYPSE podcast!

The actual characters of Spiderman and Deadpool thankfully work pretty well together and that definitely falls under one of the great things in this book. Joe Kelly really nails the characterizations of each guy while bending them just slightly enough for them to exist alongside one another. The rapport that the two have with one another is definitely the driving force of the book and is the glue that holds this crossover together. It isn’t about the action or the drama here. This is a book for those of us wondering what would happen in a title co-headlined by these two funny characters. 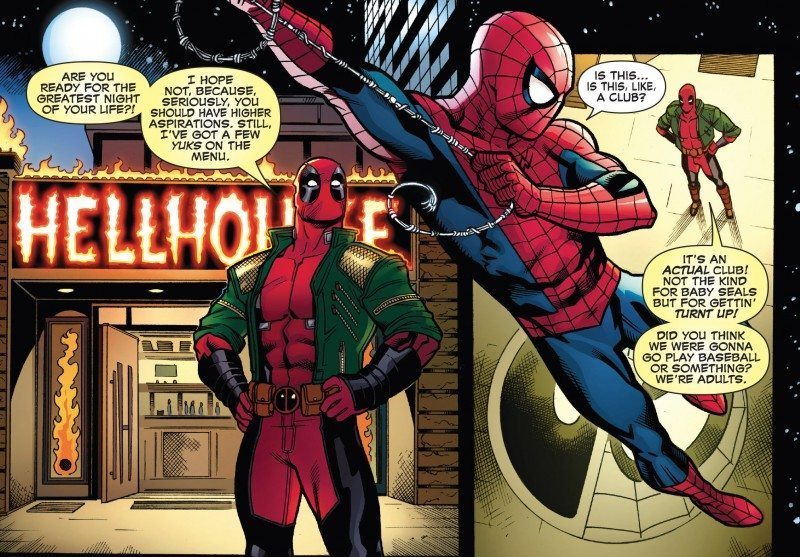 The art carries a similar levity. Even in the dramatic parts, it is consistent. The pacing is different to appropriately account for the narrative shift, but the art is still largely characterized by scant details and bright colors. In some books, this would look stock or forgettable, but in SPIDERMAN/DEADPOOL, it works well to create that atmospheric levity that Ed McGuinness and the art team are shooting for. One other minor gripe would be that, by the nature of this book, there is a lot of dialogue. That itself isn’t a problem so much as it can get a little cramped in certain panels. This is, again, a very minor complaint, though, and doesn’t hinder the experience too much.

READ: What’s the Merc with a Mouth up to these days? Read our review of DEADPOOL #9 and find out!

SPIDERMAN/DEADPOOL works because it is a crossover that feels very closed. It doesn’t have to waste time addressing the broader implications of the Marvel universe. It has the luxury of being able to tell its story removed from the main action and that freedom is what lets its two co-headliners shine as well as they do next to each other. Like so many crossovers, this could have been a disaster. Thankfully, Joe Kelly and crew have got things under control and SPIDERMAN/DEADPOOL is a hilariously fun read.