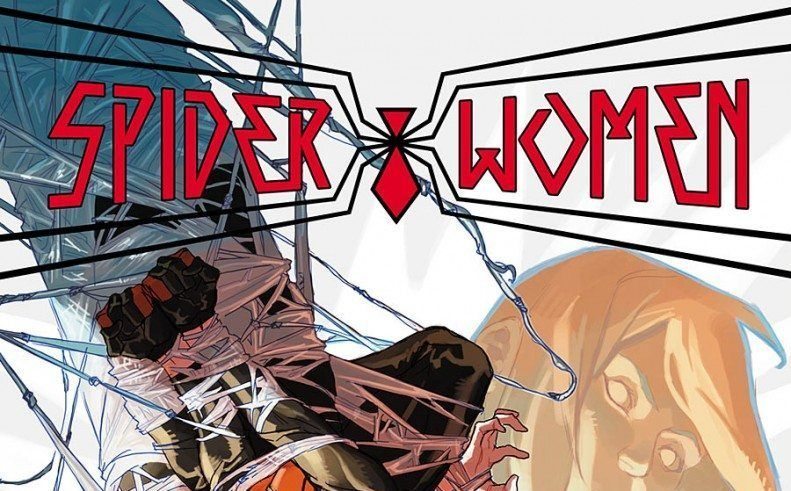 These three have been together before, during the first few issues of Dennis Hopeless’s first SPIDER-WOMAN arc during the SPIDER-VERSE event. Now, they’re back together for another inter-dimensional misadventure! SPIDER-WOMEN ALPHA #1 is the first of eight installments, opening on Gwen Stacy doling out some street justice on a few criminals before travelling to Earth-616 to meet up with Jessica Drew and Cindy Moon.

READ: For more on Spider-Woman, check out our article on the power of comics, the first in a two-part series!

Jessica, eager for some time away from her newborn son, agrees to travel to Earth-65 with Gwen and Cindy to grab some brunch. It would seem that this issue serves predominantly to introduce readers to all three characters so as to familiarize those who only follow certain titles with all three heroines. It is revealed that the mysterious man—clad in a costume quite similar to Spider-Man’s—who has been trailing Gwen is an agent of S.I.L.K. He sends a super adaptoid to confront the heroes, after which we are treated to a fabulous fight scene, complete with banter. 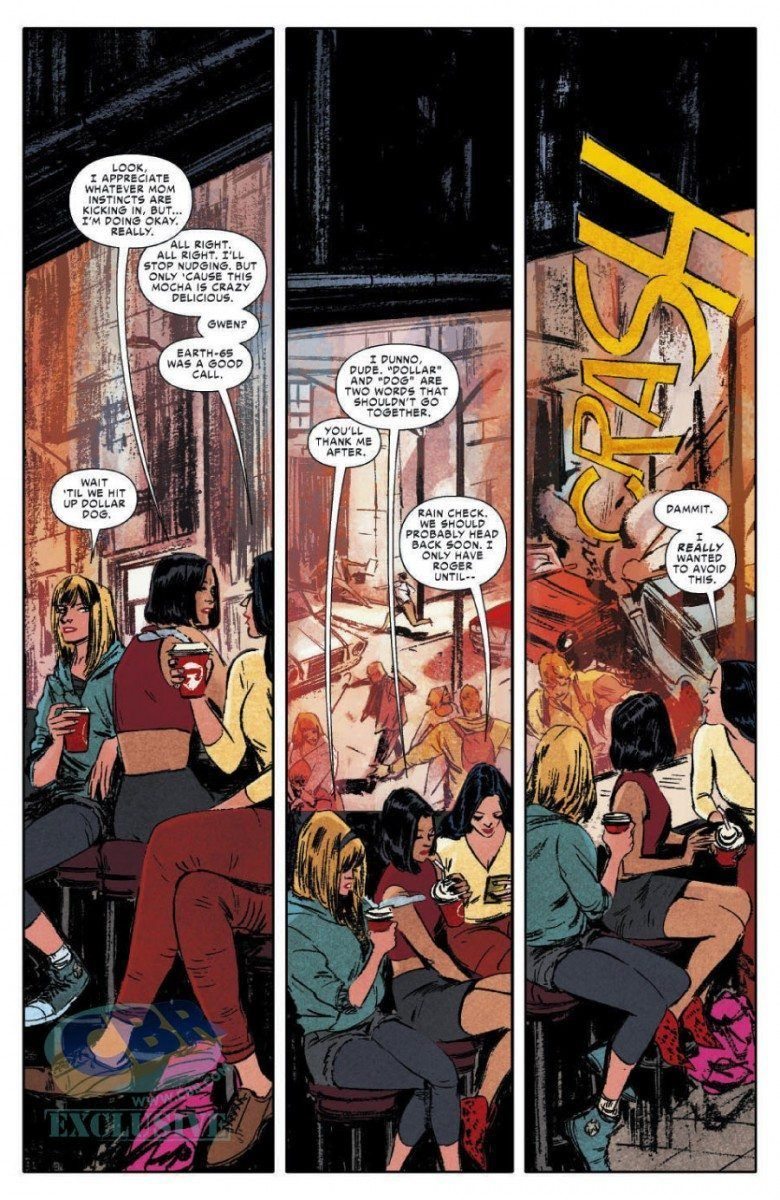 With the Spider-Women checklist being released, this event seems different from some of the Marvel events I’ve been invested in previously, in that instead of a bunch of tie-ins across an array of titles, the event is kept concise and linear, meaning that this event won’t hurt your wallet quite so much. One of my favorite things about this event is that it is a collaborative effort, incorporating work from the creative teams behind each character’s respective title. This teamwork is evident in SPIDER-WOMEN ALPHA #1. With writing by Robbie Thompson (SILK), Jason Latour (SPIDER-GWEN), and Dennis Hopeless (SPIDER-WOMAN), the dialogue in SPIDER-WOMEN ALPHA #1 feels very natural. Each of the three heroines retain a familiar narrative voice in a way that is hard to articulate, but as a reader of all three of the titles in this crossover, I am very impressed with it. 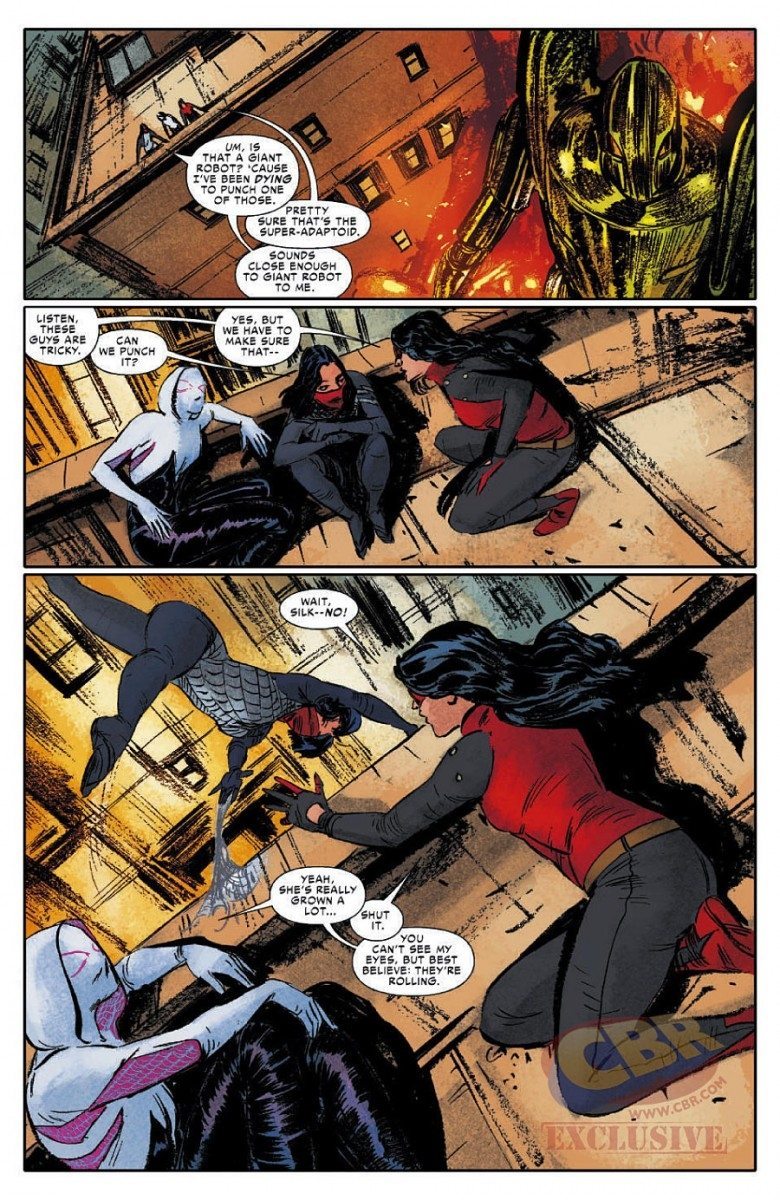 Vanesa R. Del Rey, the artist of SPIDER-WOMEN ALPHA #1 has a very distinct style that is far removed from the disproportional bulging biceps and heaving breasts stereotypical of female superhero comics. The figures she draws are much more anatomically realistic. Despite this, their faces are inconsistent. Sometimes Del Rey is able to convey a character’s emotion perfectly, and sometimes she isn’t. Surprisingly, this doesn’t detract much from the overall success of her work. Del Rey’s frantic yet calculated linework is what sets her work apart from the majority of the industry. Through this, she is able to capture the rigid but unpredictable nature of New York City. Del Rey brings life to concrete and attracts the eye to places one would not normally focus on.

READ: For more of Robbie Thompson’s work, check out our review of VENOM: SPACE KNIGHT #1 !

I am beyond excited for the next installment in this event. The combined narrative power of Thompson, Hopeless, and Latour has raised the bar for what I consider powerful characterization. SPIDER-WOMEN ALPHA #1 kicks off an event that brings some much needed positive female representation to superhero comics.