This week’s SPIDER-MAN/DEADPOOL — Marvel’s favorite buddy cop/hero odyssey — takes another break from its central arc to become part two of the current DEADPOOL story “Till Death Do Us…”. It’s a bit of a jarring mood and setting shift given where we were a few weeks ago with issue #14, but the tie-in does provide a bit of levity and laughter, despite how scattered the plot threads are in this issue that clearly serves as a setup for the rest of the mini-event.

Our issue starts off right where DEADPOOL#28 left off, with Blade and Deadpool offing some of Shiklah’s minions after the beginning of her invasion. Of course, this action is coupled with the hilarious quips this series is known for. The quick scuffle leads to the revelation that Deadpool needs the help of Van Helsing’s offspring to begin his plan to combat Shiklah. His legacy is located at none other than Parker Industries, where Peter Parker is dealing with Helsing’s daughter in a corporate setting. While Deadpool tries to make his way to Parker’s building as he fights Shiklah’s persistent sorcerers and minions, our arachnid hero is paid a visit by the monster queen herself with battles that will provide context and fire to the rest of the story’s arc in future issues. 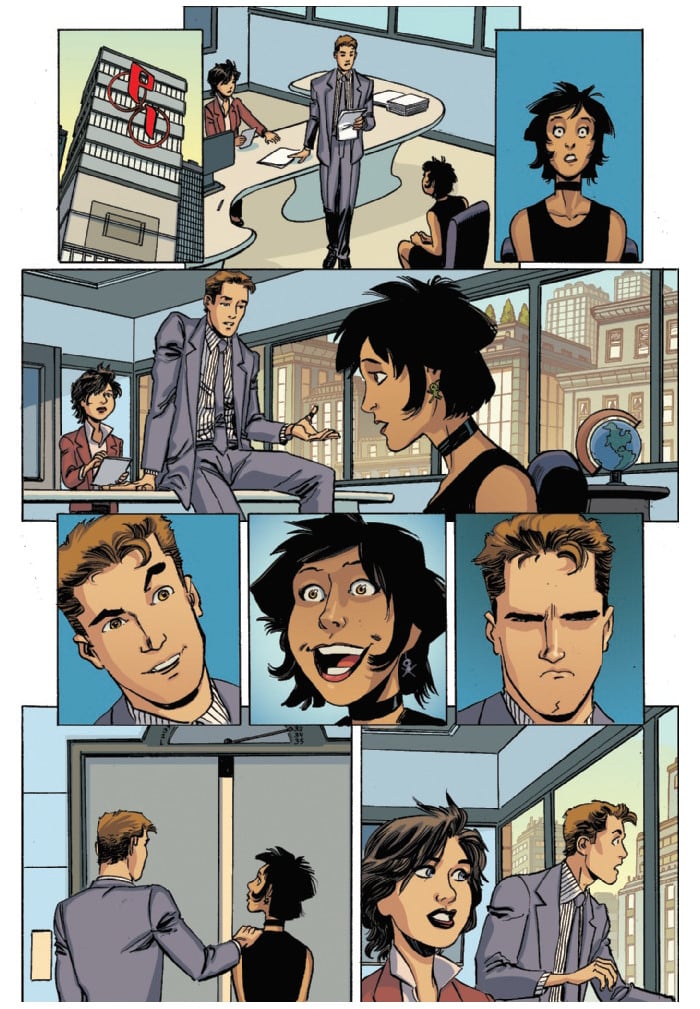 Writer Joshua Corin, who is still relatively new to comics, does a good job of keeping this issue light and funny. At the same time, he establishes backstory and reference for later issues in the arc. This issue’s story serves as a set up for the next four parts of the story, which takes away from how much fun the issue itself could have been. The previous SPIDER-MAN/DEADPOOL issue, which tied into Monsters Unleashed, was more self-contained than this issue, which helped it feel more fun and free than this one. This, however, doesn’t take away from how witty and interesting this issue is.

READ: Find out what happened to our favorite dysfunctional buddies in our review of SPIDER-MAN/DEADPOOL #13!

The finer points of the issue shine when Deadpool isn’t on-page with Spider-Man. We get glimpses of his plan to stop Shiklah while he mouths off his own jokes and references (his Blade banter stands out), and when he’s facing off against another enemy — Werewolf by Night. This meeting in particular in this issue may not seem far too important, but it does provide a great comic relief and break from the rest of the plot setup driven story.

Corin does great work here with the Deadpool quips. He combines this with Spider-Man’s plot line in the story when he talks one on with Shiklah. Deadpool makes hilarious comments on how one of his industries’ inventions shouldn’t be called “Sandman.” 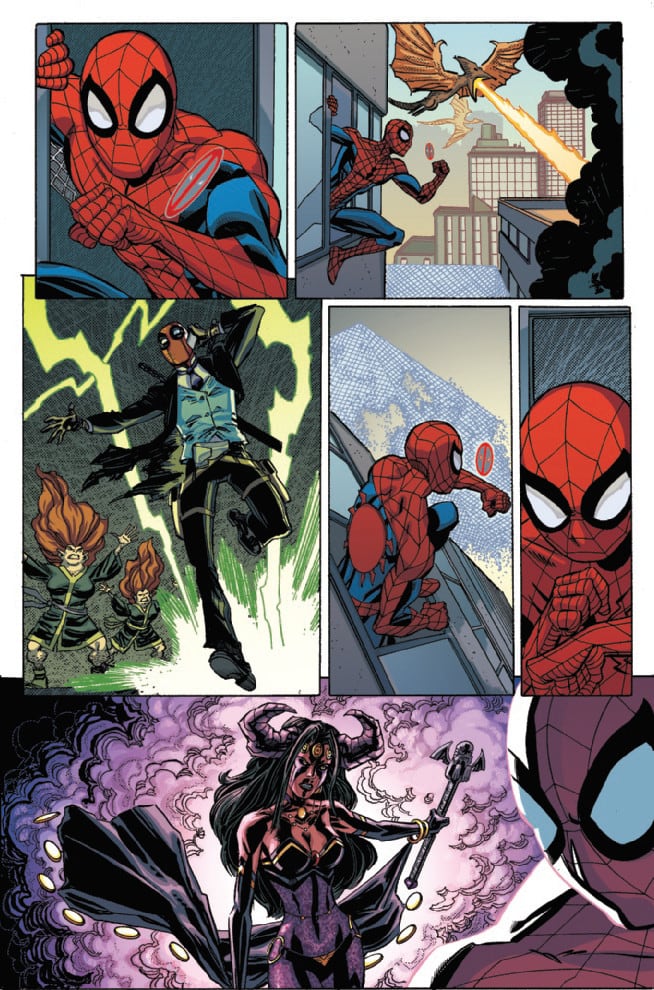 The art in this issue is handled by Scott Koblish, a former Deadpool artist, who hits the mark once again. Koblish does excellent work in helping provide the mood for each of his panels, having each character’s facial expression show us how we should be feeling, although in most cases it would help show us just how funny each page should be. His art works hand-in-hand with the mostly comedic script of the issue, which provides a very good synergy that helps propel the idea of what this story should be: a tie-in that gives you the quality Spider-Man and Deadpool entertainment that you’ve come for.

READ: Catch up on Deadpool’s other jobs with our review of UNCANNY AVENGERS #20!

If anything should be taken away from this issue, it’s that there is still much more to come from this story. SPIDER-MAN/DEADPOOL is a great comedic interlude given the recent events of the series. But while it provides a lighter mood for the reader, it doesn’t provide too much in the way of solid plot. It relies too much on previous storylines, and the payoff for it is going to be in the issues of a different series. That’s no reason to pass on this story, as it will give you a laugh when you need it. This is a definite pickup, and a good sign of things to come in the “Till Death Do Us…” arc for the main DEADPOOL Series.