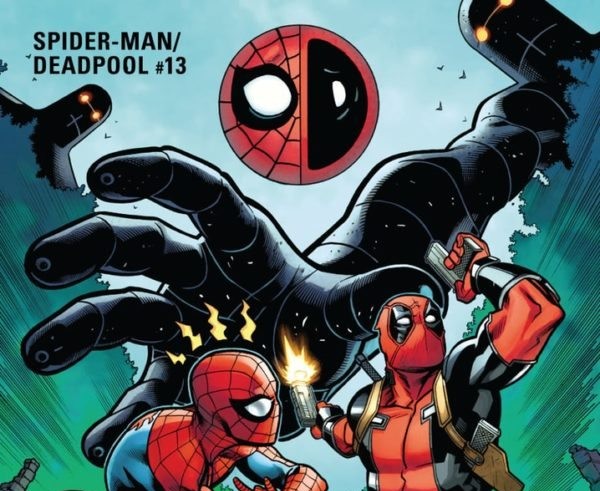 Writer Joe Kelly and artist Ed McGuinness are back in SPIDER-MAN/DEADPOOL #13, and together they make an amazing team. In the third part of the “Itsy Bitsy” story arc, Spider-Man and Deadpool engage in teleportation, lots of action and of course, more bromance. However, there is no sight of the treacherous enemy Itsy Bitsy, which evokes anxiety in Spidey-Pool and adds to the mystery of the installment.

READ: Need to catch up? See our SPIDER-MAN/DEADPOOL #12 review!

In SPIDER-MAN/DEADPOOL #13, Spider-Man is slowly recovering from his wounds, thanks to Deadpool’s care and love. While Spider-Man is more concerned about getting Itsy Bitsy down, Deadpool is in the mood for some fun and action. The latter introduces the former to a pocket universe, and together they travel to Weirdworld. Spider-Man is totally not interested in fighting the fake villains, as his top priority is finding Itsy Bitsy, but Deadpool insists that they stay for a while and enjoy the action. As they fight the fake villains, they discuss life, priorities and morality. 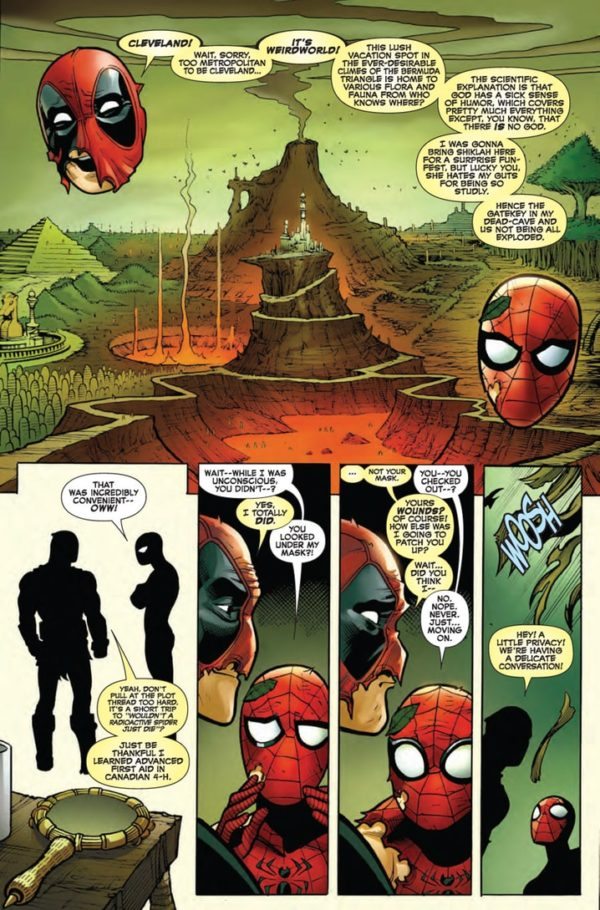 Although I wanted to see more of Itsy Bitsy in SPIDER-MAN/DEADPOOL #13, I enjoyed the action-packed plot. Even though the fights are not real, it’s still fun to watch Spidey-Pool ride on an enormous dragon and take down the weird looking creatures. Also, SPIDER-MAN/DEADPOOL #13 seems to have more of a deep plot as opposed to the prior issues, which are simple and lighthearted. The installment digs deeper into who Spider-Man and Deadpool are as people, which makes the plot more enthralling.

The strong characterization of Spider-Man and Deadpool is the highlight of the issue. Spider-Man is known to be a goody two shoes and Deadpool the opposite, but we see a change in SPIDER-MAN/DEADPOOL #13. Spider-Man is so stressed about Itsy Bitsy’s vicious powers that he is willing to kill if he has to. This bothers Deadpool, as he has recently started to appreciate the gift of life. He gives a long but inspirational speech about the meaning of life, to which Spider-Man disagrees. Spider-Man then confesses to Deadpool that after Peter Parker came back from afterlife, he has been quite traumatized. I especially love this interaction between Spidey-Pool because it proves that they are more than just bros at the bar and have a strong bond.

READ: Did you know Marvel has announced a DEADPOOL VS. THE PUNISHER mini-series for 2017?

The artwork of SPIDER-MAN/DEADPOOL#13 aligns with the plot perfectly. In the ending sequence, Spider-Man and Deadpool are back in New York City, only to find several bodies covered in blood and spiderwebs. I must say that McGuinness nailed the artwork, because the sequence absolutely terrified me. He was also highly successful in teleporting readers to Weirdworld. With a volcano eruption, pyramids, a desert and a forest all together in one place, it is a world that certainly lives up to its name. 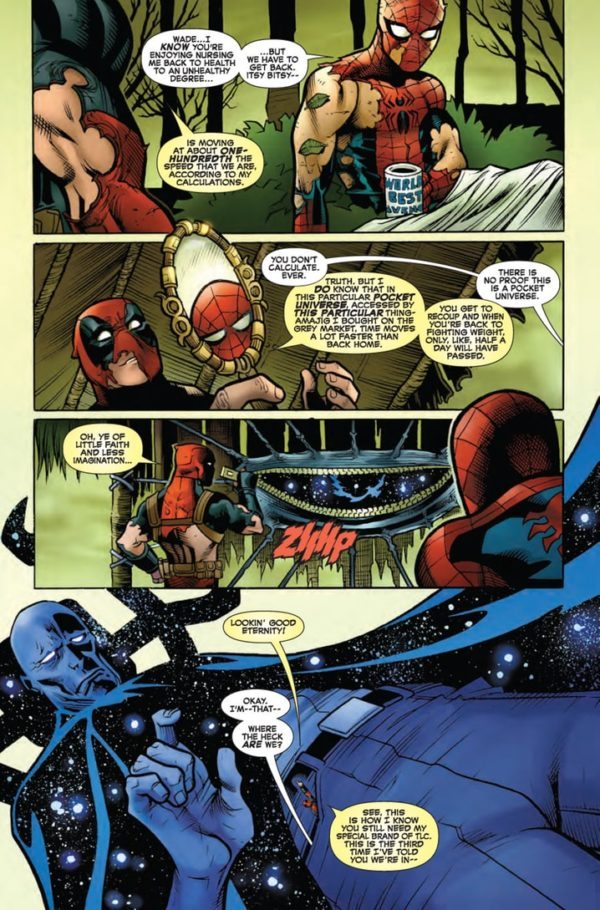 Overall, SPIDER-MAN/DEADPOOL #13 is extremely fun to read. I absolutely loved the action sequences and seeing two of my favorite Marvel superheroes bond. I especially love the mystery surrounding around Itsy Bitsy, which makes me excited about what’s about to unfold. I am eagerly looking forward to seeing more action in the upcoming issues!