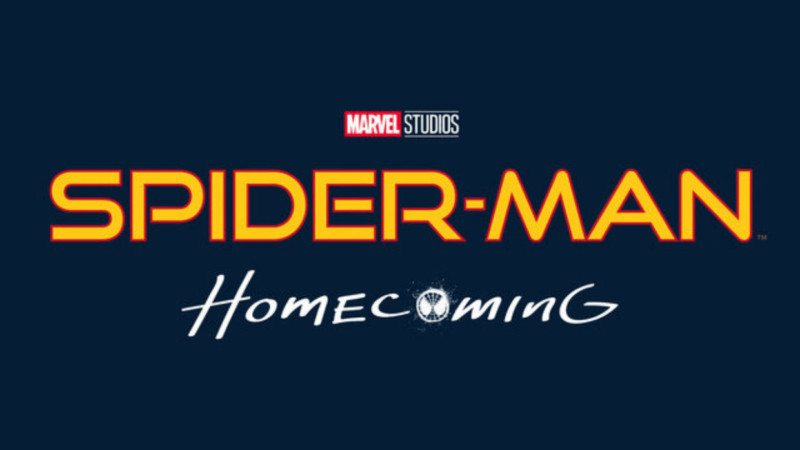 With the newest Spider-Man variety featuring the youngest of any actor for the titular character role, Marvel is understandably changing things up to set this movie apart from past iterations. With that in mind, Marvel recently released a trailer for the highly anticipated film SPIDER-MAN: HOMECOMING, and based off of it we already know the film will be a truly unique experience to distance itself from past Spider-Men.

First off, there are a lot of shots of Peter Parker in high school, be it in class, sitting at lunch, and doing various high school things. It’s nice to see the tone of the film be less intense in some way in comparison to the Avengers and Captain America movies, with their famously high stakes. Although to be fair, many trailers shift to a tone that differs from that of the actual film so it’s still unpredictable. In past iterations, Peter Parker was played by much older actors, and included only had a handful of scenes of him struggling in high school. With Holland taking over and by far being the youngest actor to portray the character, the story will seem more believable. By that, I mean that his young age will make the struggles he faces more realistic and believable compared to past versions where Spider-Man was much older and seemed mismatched.

In any case, the trailer opens with him foiling an ATM robbery. In classic Spider-Man comedy, the bank robbers hide their faces with Avenger masks of Captain America, Hulk, Iron Man, and Thor. Peter then says, “Hey, you guys aren’t the real Avengers,” he quips. “I can tell; Hulk gives it away.” Besides Peter cracking a joke, the scene is directly inspired from the comics. In Brian Michael Bendis and Mark Bagley’s ULTIMATE SPIDER-MAN. Spider-Man found robbers wearing masks of Captain America, Iron Man, and of course Batman, the forgotten avenger. It’s nice to know the creators are taking the comics as source materials and spinning them differently for the film. It’s a good sign to see that the creators enjoy the sources as much as the audience, so be sure to expect moments from the film to be homages to comic book scenes.

After Spider-Man beats up the bad guys, he says “That was awesome!” From this, we can learn that Parker is still getting to know his own powers, to his delight. This is definitely the same youngster that was starstruck when meeting Captain America for the first time. But after being in CAPTAIN AMERICA: CIVIL WAR and facing adults in combat, Peter Parker seems eager to rise through the ranks and become a hero in his own right. With that in mind, Parker seems to want to prove himself to others, which may be an overarching theme in the new movie. Peter will most likely have a coming of age story, judging by how Tony Stark and other adults seem to treat him as a child.

Another point that comes up from the trailer is Parker’s romantic interest within the film. Actress Zendaya’s part has been heavily speculated online, however, Liz Allan (Laura Harrier) seems to be the one he’s after this time around. Interestingly enough, she was his first love interest in the comics. Peter is at first left speechless when seeing Liz, but the editing in the trailer suggests more of a relationship between the two. Liz is seen crying and looking worried while at the Washington Monument. This scene is juxtaposed to one where Peter is seen as Spider-Man on top of the tower surrounded by a helicopter. The two scenes may have nothing to do with one another, but perhaps the two are connected in that Liz knows it’s Peter and she is worried for his safety.

The main point I get from this trailer is how Marvel wants the public to know that they have Spider-Man once more. The film’s subtitle, Homecoming is obviously a nod to Spider-Man coming back to Marvel (in some form). The trailer also immediately shows an alientech weapon of some kind being used by the ATM robbers. The weapon or tool seems to be Chitari-esqe, the aliens from the first Avengers movie. Additionally, the trailer has the robbers wearing Avenger masks to subtly (sarcasm) tell us again how Spider-Man is home. The trailer also does this by featuring other characters from previous MCU films. Tony Stark/Iron Man appears in the trailer twice. Once with Parker in a car, (while still having a black eye, presumably from CAPTAIN AMERICA: CIVIL WAR), and once more at the end when Spider-Man and Iron Man fly through the New York landscape. The next comes when Peter is bored in class and actually watches footage from the airport fight scene from CAPTAIN AMERICA: CIVIL WAR while to the front of him in the same classroom is a picture of Bruce Banner next to other great scientists. Lastly, while Peter is seen walking the hallways of school, a mural on the wall has more scientists which features Dr. Erskine from the first Captain America film, as well as Howard Stark. So although we got a short look of what’s to come, it’s a good idea to look out for these nods to the universe as a celebration of Peter Parker’s return.

What sets this version of the webslinger’s film apart from past versions is the massive world he has become a part of: the MCU. Because of that membership, the connectivity for Spider-Man’s universe seems more believable as it’s part of an established universe. Past versions seemed a bit silly with Spider-Man constantly being barraged by villains while being the only hero in all of New York City. With the MCU as the background in this newest edition Spider-Man can flourish into a hero with so many superhero role models to choose from that can help him grow and become a better hero.

Speaking of proving himself, what better way for Parker to do that than by taking on Adrian Toomes, or the Vulture (Michael Keaton), the first villain he’s ever faced in the comics? The Vulture in the trailer sports aircraft-like wings, a fighter pilot’s helmet, metal talons, and a space gun (similar to earlier) that he uses to blow up a ferry. With that said, all of the criminals featured in the trailer use similar types of weapons, perhaps implying they’re connection to one another, maybe working for the Vulture in some capacity. Keaton’s role also promises to be a departure from previous Spider-Man villains who have seemed more sympathetic. the Vulture appears to be a true menace with a line like, “Don’t mess with me, ’cause I will kill you, and everyone you love.” After we see a defeated Peter on the beach. In the comics, the Vulture was always bitter and angry, and only became more of a sympathetic character when diagnosed with cancer. It’s also worth noting that the director wants the film to be about regular people, so the Vulture should have meaningful reasons for his actions.

All in all, SPIDER-MAN: HOMECOMING should be everything it’s been hyped to be. With all new ingredients separating it from other Spider-Man films like a young protagonist, another new love interest, meaningful villains, an established universe with other characters (MCU), and many other fresh takes from the vibrant Spider-Man archives, Homecoming promises to entertain and once more show how amazing Spider-Man truly can be.