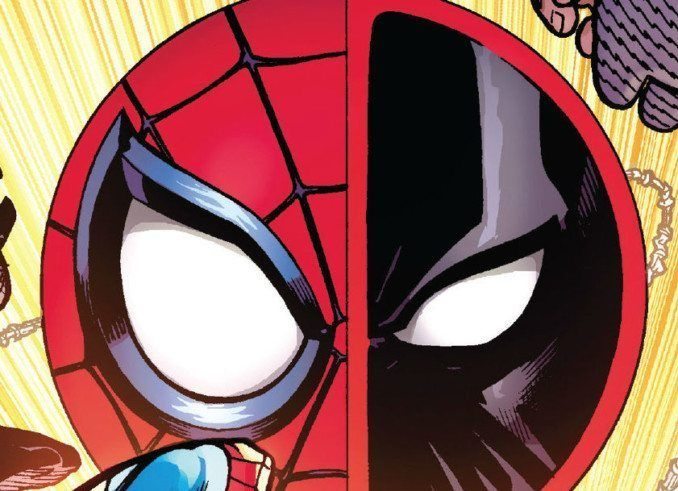 It’s no secret that both Deadpool and Spider-Man have dark sides. Up until this issue, Spider-Man’s focus has been on controlling Deadpool by discouraging him from using his usual lethal tactics. After Peter Parker’s death and subsequent resurrection three issues ago, the duo is ready to hunt down the man who hired Deadpool to take out Parker—Patient Zero!

READ: Need to get caught up? Read our review of the previous issue!

Let me start by saying that I’ve loved this series so far. These two are some of my all-time favorite Marvel characters and their bromance has been fun to watch over the years. It was only a matter of time before these two got their own series. This creative team is outstanding. Ed McGuinness’ pencils capture the intense action and rib-crushing humor of Joe Kelly’s writing. Even as the series veered away from the main plot of Deadpool being hired to kill Peter Parker in the past two issues, I had so much fun reading it I could care less about the lack of continuity.

This has been my personal favorite issue so far because it delves deeper into Spider-Man’s dark side. One of the first major SPIDER-MAN arcs I remember reading was BACK IN BLACK, in which Spidey hunts down mobsters who shot Aunt May. This issue deals with a similar plot and has Spidey behave in a similar way by donning a sleek, sinister-looking black and red suit in favor of his classic tights. 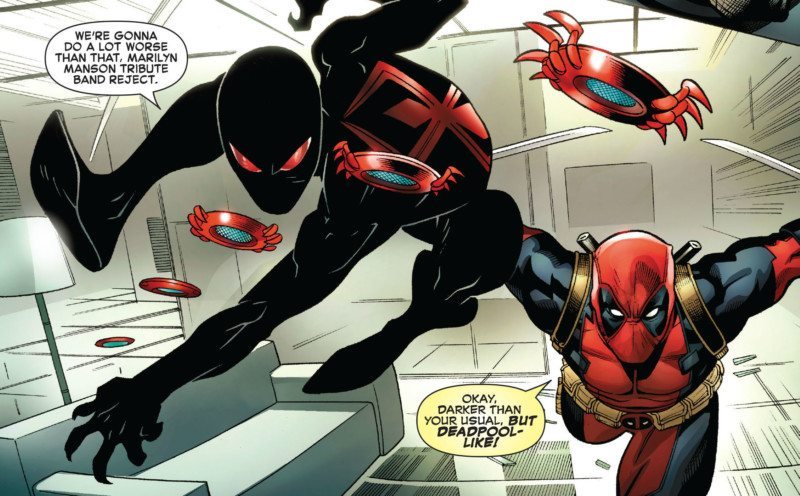 This artistic choice was brilliant because it set the tone for the rest of the issue. Both characters feel intense hatred for Patient Zero. Deadpool realizes that Peter Parker wasn’t a bad man after not being able to find him in hell, and Spider-Man can’t help but feel like there’s something missing from his life after returning from the dead for the umpteenth time. It’s a ferocious issue and that level of confrontational emotion coming from Spider-Man, a typically light-hearted hero, was shocking to me in a good way. I was glad that this didn’t stop the jokes from coming despite the high emotional stakes.

READ: Check out our review of THE AMAZING SPIDER-MAN #15!

The stakes are also high for Patient Zero’s minions—homeless people turned into hideous monsters who attack only because they are inflicted with such pain. As much as I wanted to see Spidey kick some ass, I felt bad for every blow they landed on these poor guys. McGuiness did a fantastic job with these creatures. No two look alike and they’re all terrifying in their own right, but one can also see their humanity and pain shine through. 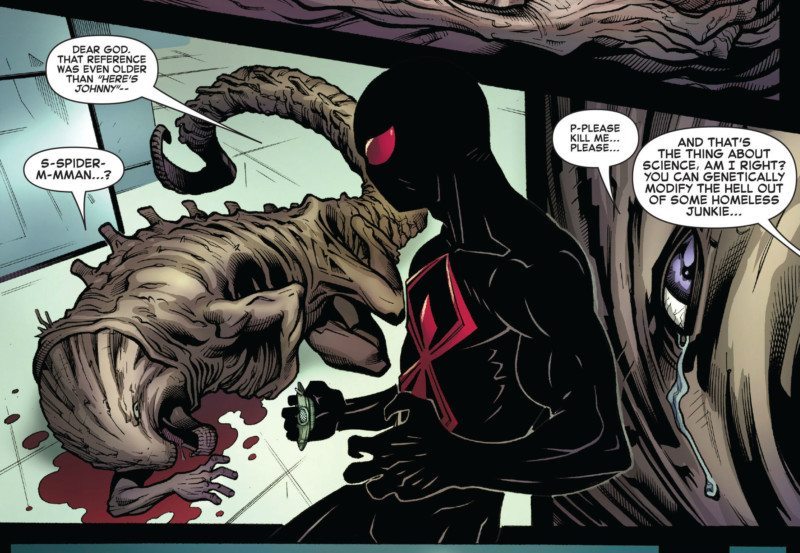 One of the reasons I loved this issue so much was that in addition to banter from two of Marvel’s most infamous wisecrack masters, Spider-Man and Deadpool both gave each other permission to give in to their demons. At one point, Deadpool switches from rubber bullets to live ammo, and Spider-Man has choice ideas of where to put those bullets. Spider-Man has always been a character focused on doing the right thing. Seeing him indulge in his dark side makes for great character development. I’ve always loved Spider-Man but sometimes lose interest because he can be something of a goody two-shoes. This dark side keeps thing interesting. 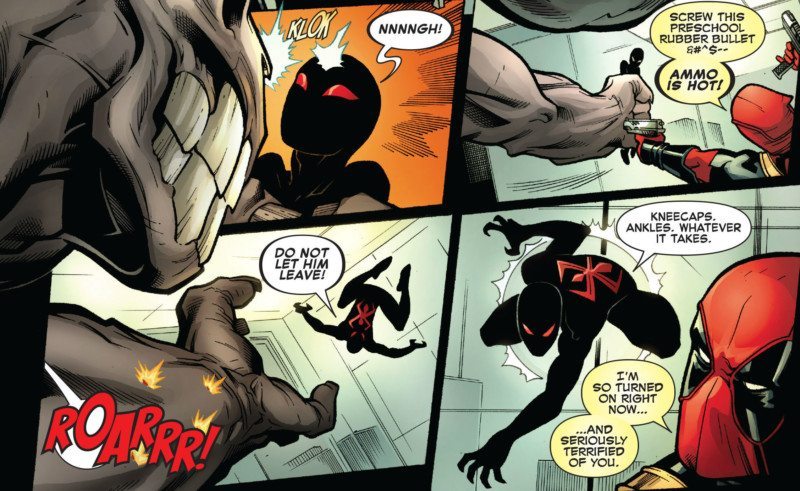 I knew that SPIDER-MAN AND DEADPOOL would be fun-to-read series, but honestly, I never expected this level of depth in a crossover series. Needless to say, I’m happily surprised.