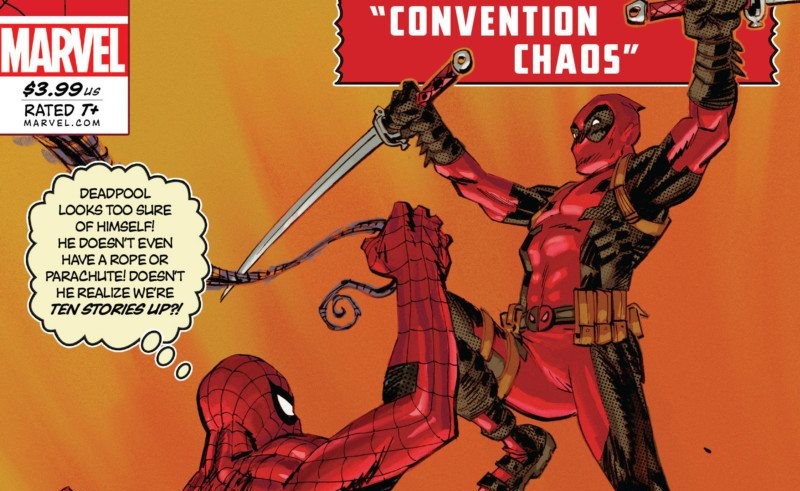 In the sixth installment of our favorite webslinger and merc with a mouth’s misadventures, we see the duo in the political clash of the 1960’s. Peter Parker is sent by J. Jonah Jameson to a political convention to give some good press to Mr. Bagges, a candidate who has a strong influence over the Daily Bugle. Deadpool is hired by none other than Tricky Dick himself to make a rival of Nixon’s look bad. Mysterio is there to pose as Nixon’s rival and say horrible things to discredit him. If only a certain orange-skinned fear-mongering presidential candidate had such an excuse for his bold-faced racism and lack of detailed policies.

The strength of this issue lies in how it talks about current times by harkening to the past. Gerry Duggan killed it. Deadpool poses as a hippie and assaults a police officer. This causes the cops to clash with the civilians. If you watch the news, you know this situation is far from being irrelevant. The 60’s may seem like a long time ago, but this comic shows how history repeats itself. The bits of dialogue about how politicians use rhetoric to influence and control the public are all too applicable to the fear-mongering seen at the RNC in Cleveland this week. This is why comics are important and possess the same level of importance granted to any other medium—they provide vital social commentary. As a reader, I found this cathartic. Reading two of my favorite characters addressing the current social and political climate was amazing. 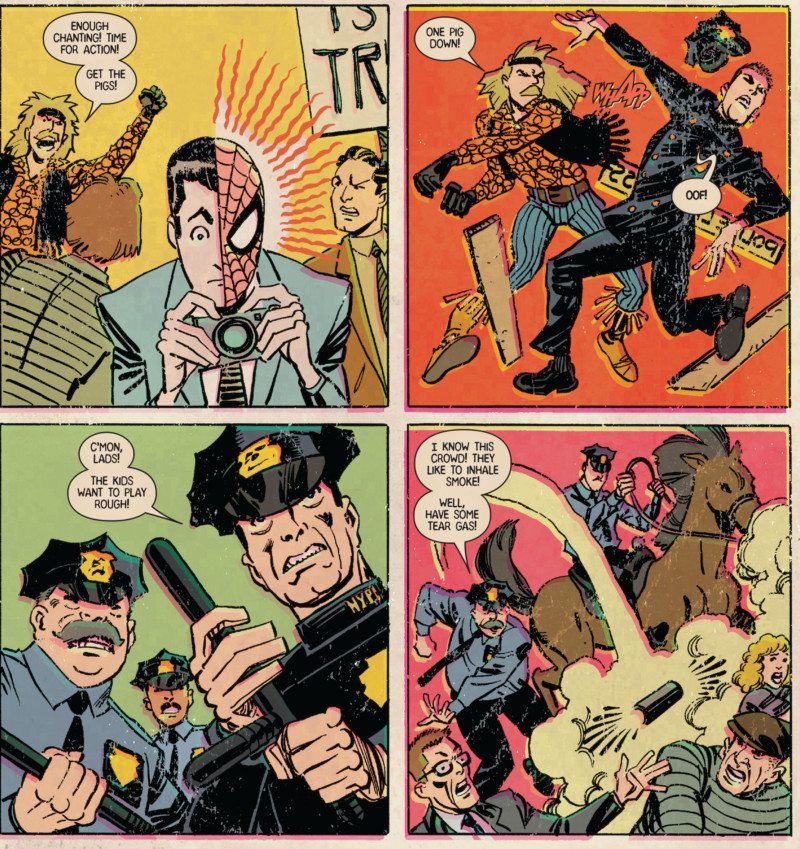 READ: Need to get caught up? Read our review of the last issue!

The art of this issue brought up many fond memories for me. It was done in the heavily stylized 60’s era comics art. Every panel drawn is grainy and faded to illustrate the different time period. It struck a chord with me because I remember many of the comics I bought at garage sales as a kid had the same aged look. Nostalgia aside, this issue speaks to the versatility and brilliance of artist Scott Koblish. The man can draw anything in any style. It made for some far-out full page spreads with a heavy psychedelic vibe. He saw his opportunity and took it. 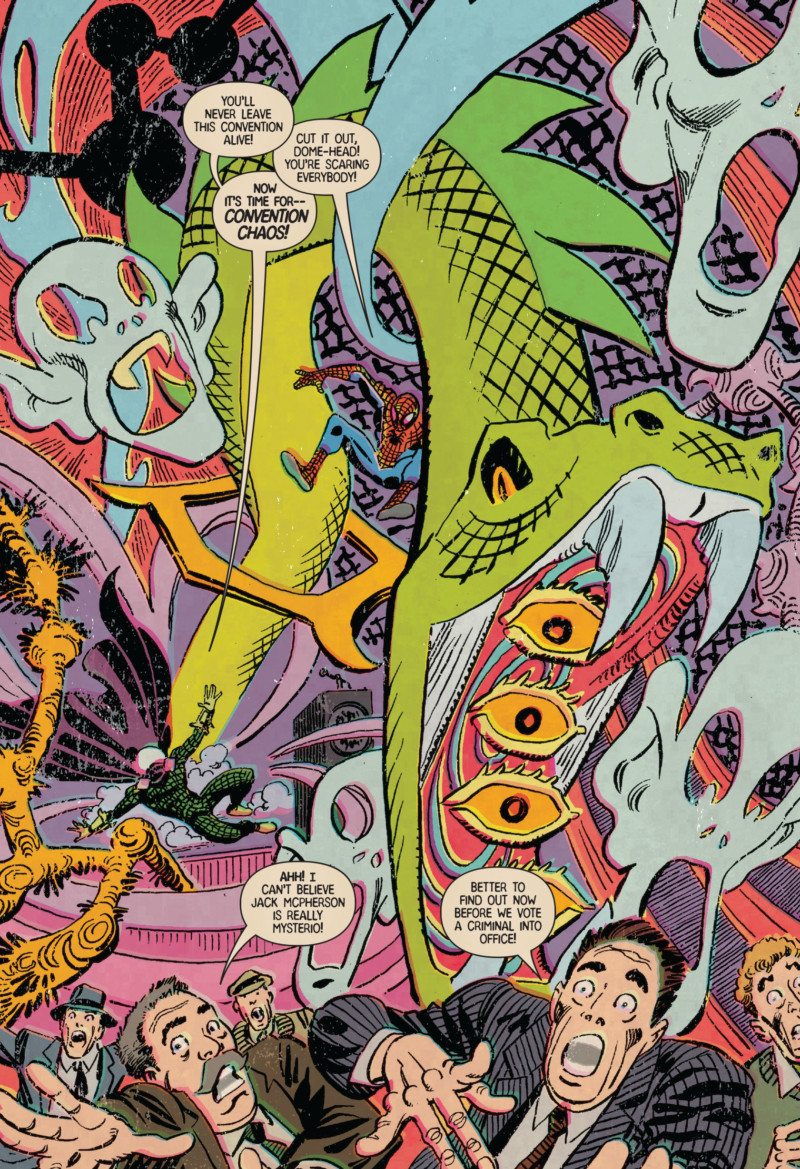 This issue took a great look into the complicated relationship Deadpool and Spider-Man have. They disagree on so many fronts but somehow still have a legendary bromance. They constantly lock horns yet manage to get the job done in-between insults. It’s a hilarious dynamic and this issue shows its true timelessness.

READ: Love Silk? Check out our analysis of the character as a dark re-imagining of Spider-Man!

Some may call this issue a gimmick—and they’re not wrong. However, it’s a gimmick that works by showing what we love about the team-up of Spider-Man and Deadpool, and, more broadly, comics in general. Just like now, comics creators in the 60’s saw a turbulent and unsure world and made comics intended to reflect that, as well as provide an escape from it. I think we’re in as good hands today as we were back then.