In SPIDER-MAN #9, Miles has disappeared. His friends Ganke, Goldballs, Ms. Marvel, Nova, and Bombshell launch a desperate search for the missing hero while his father, Jefferson, goes straight to the director of S.H.I.E.L.D., Maria Hill, to find answers. Everyone feels a sense of dread and foreboding that something has happened to Miles that could have catastrophic consequences.

The issue begins with a striking and stark image: Spider-Man standing over the bloodied corpse of Steve Rogers, splashes of red staining Miles’ suit. It’s clear from his stance that he has delivered the death-blow to the Sentinel of Liberty, but how and why? There’s no text or dialogue on this two-page spread, just a haunting, grim look at two of America’s best-loved heroes. Nico Leon and Marte Gracia, on art and colors respectively, construct an image that burns into the mind and captivates you. Gracia’s colors are full of smoke and blood, vibrant in their grimness. Leon draws a defiant Spider-Man, dangerous and powerful, the remains of the U.S Capitol building behind him a crumbling mess, Cap’s shield shattered, his body limp. It is a powerful way to start the issue. 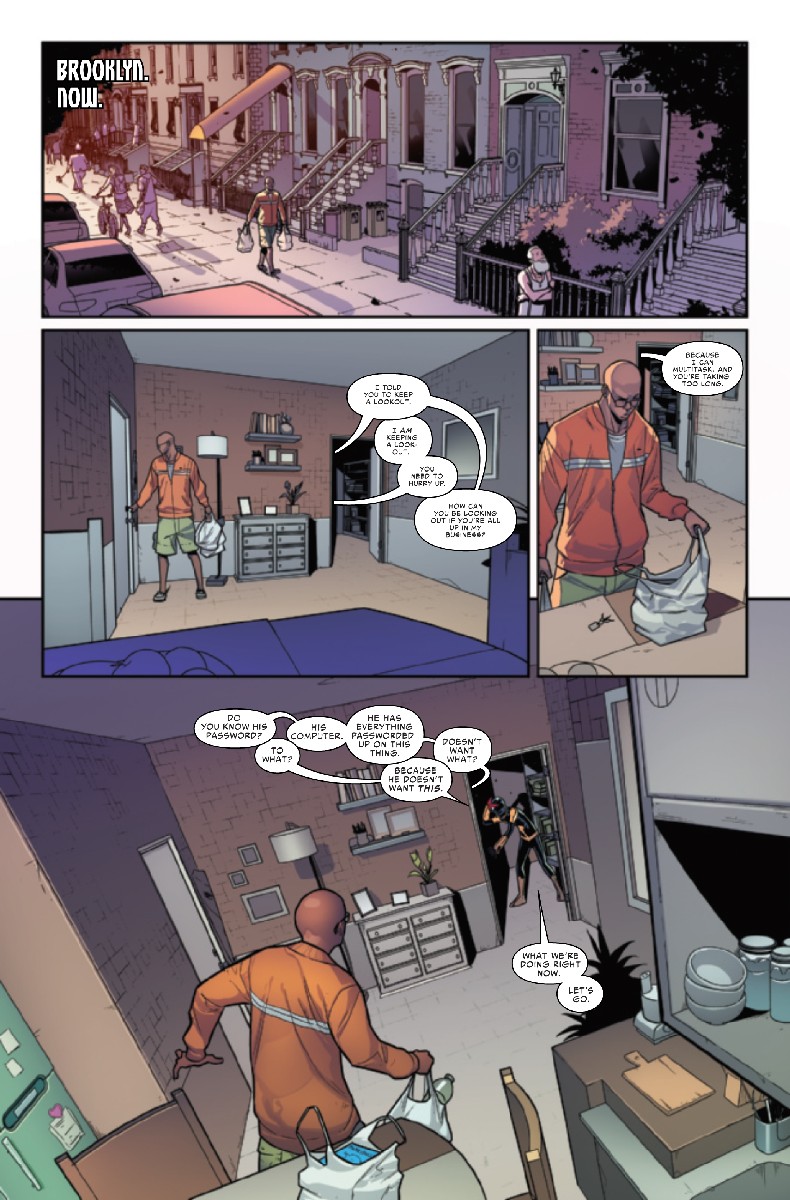 Then the scene cuts to Brooklyn in the present as we follow four separate groups: Goldballs and Bombshell, Ms. Marvel and Nova, Ganke and Danika Hart (Spider-Man fan and online personality), and Jefferson Morales, who search for Miles in their own ways. This is, in turns, comedic and touching, as new friendships emerge, heroes bond and a father starts to fear the worst. This issue, outside of its dramatic opening, is intimate, with a lot of tight paneling, close-ups, and growing sense of unease. It’s dialogue-heavy, but Brian Michael Bendis (as always) has an ear for this, the scenes clipping along at a nice pace. Cory Petit does a great job of controlling the dialogue, making sure to compliment the art with his lettering. Nico’s line work is impressive, strong inks with delicate expressive detail, which convey a lot of strong emotion.

However, despite the great work on display, I felt a slight disconnect with the issue. When did Miles go missing? I went back to SPIDER-MAN #8, which ended in him reflecting on the death of Bruce Banner and the question of “who’s next?” Could he end up injured or even worse due to the brewing tensions in the superhero community? But these questions won’t get answered here. Here’s the problem: it’s a tie-in issue with CIVIL WAR II. You need to be reading that series to fully understand just what’s going on. Bendis makes an admirable attempt at explaining certain aspects of the latest Super Hero Civil War, but it’s too entwined with Marvel’s latest event to stand up on its own. If you want to find out the resolution to Miles’ disappearance, you’ll have to read CIVIL WAR II #7, and that is quite frustrating. Unfortunately, Marvel’s newest comics blockbuster is something I choose not to read (event fatigue anyone?) and it does become a struggle to enjoy a comic when it’s tied into other events. That’s not to say it can’t be handled well — MS. MARVEL’s tie-in issues are solid, and are a lot more accessible to read. Yet in that series, Kamala Khan’s actions don’t necessarily affect the outcome of CIVIL WAR II, while in SPIDER-MAN Miles’ play a more central role. 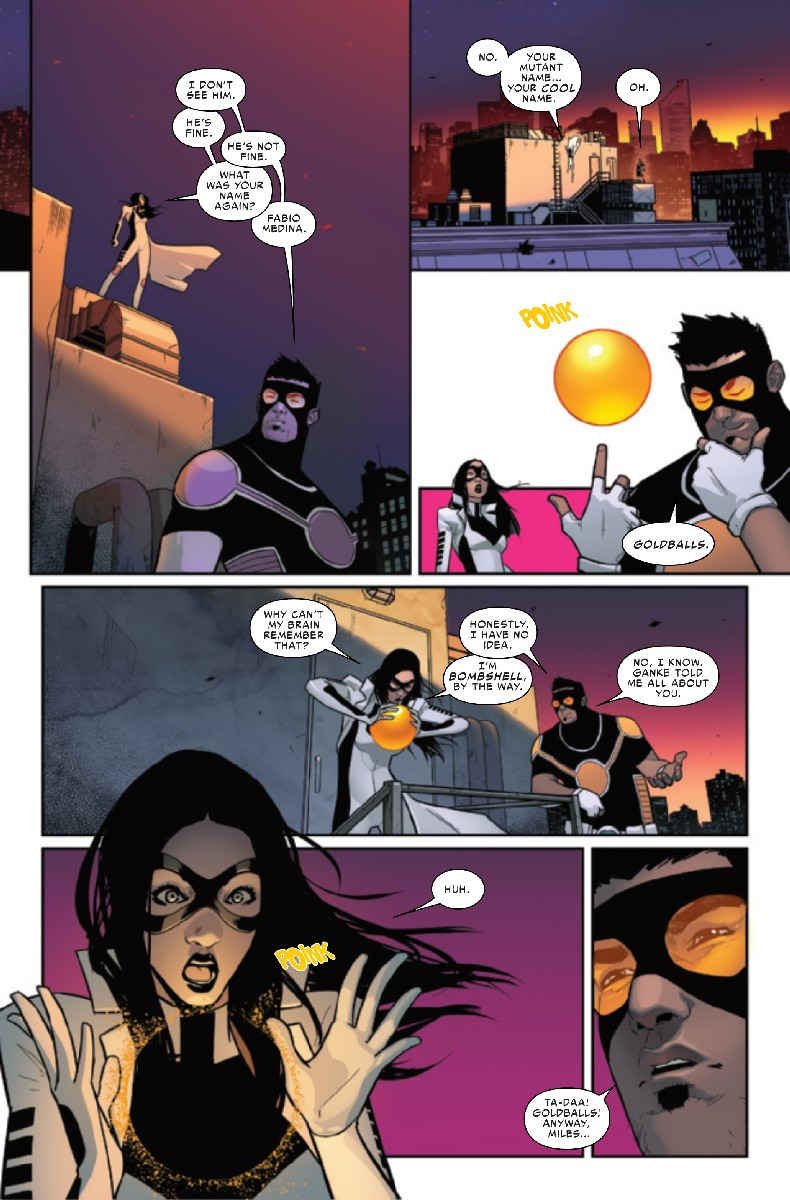 SPIDER-MAN is on my pull list and will continue to be because it has been an enjoyable, fun, inspiring read. The interruptions put upon the series due to events are frustrating; its plot is at a standstill as it crosses over with another event. These actions can become dangerous because this issue is not as accessible to ongoing readers of SPIDER-MAN, so it could alienate newer readers, and this, in turn, can lead to people just not picking up (or dropping) the book. While still readable and entertaining, SPIDER-MAN #9 should have spent more time on its own plot without having to bow down to the latest event.