SPIDER-MAN #5 picks up where #4 left off with Miles in the clutches of the Black Cat and Hammerhead.

It would be simple enough to kill him, but it seems that would be too easy. They need to find out just who he is first, and how they can use this information. What they learn only adds to the mystery of this new Spider-Man. Meanwhile, Ganke and Fabio Medina (aka Goldballs) shoot the breeze about secret identities and the price of having superpowers.

READ: Catch up with our review of SPIDER-MAN #4 here!

Five issues in and this series feels like it’s only getting started. As an end of arc issue, it’s only really beginning to set up the status quo—a lot of questions are left hanging in the air. While the dialogue flies fast and furious, the plot takes its time. This is more about the heart of Spider-Man and what that means than his actions. Brian Michael Bendis understands that while Miles has grown and evolved in his previous series, planting him in the mainstream Marvel Universe means establishing him as a major player all over again. This is a slow-burning series with plenty of fun, and the payoff will (hopefully) be worth it. 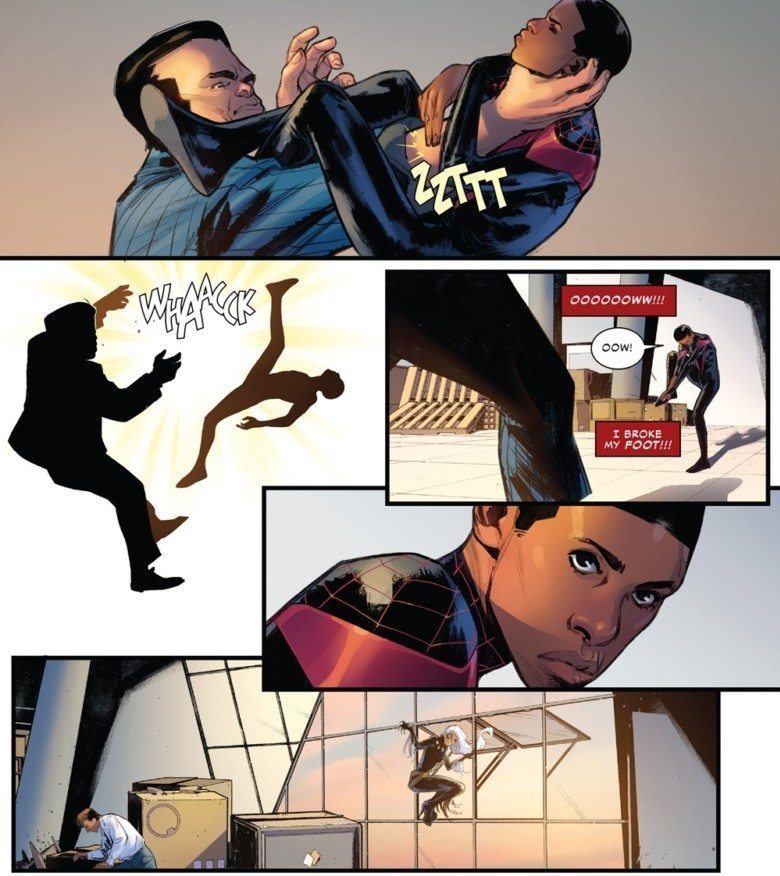 While Bendis cranks out the dialogue (and a very on the nose reference to DC), Sara Pichelli continues to do what she does best: draw Spider-Man. The way he moves, his stance, his gestures, it all feels fluid and hyped-up on energy. When he’s in action, the background disappears and your attention is focused on him. His actions feel solid while flowing fluidly from panel to panel. Justin Ponsor’s colors and shadowing add a real sense of depth to these scenes, especially Hammerhead. The light and shade on the character add weight to him; you could almost imagine how heavy and powerful his head is.

READ: Peter Parker has his webs full in our review of CIVIL WAR II: AMAZING SPIDER-MAN #1!

The thing that really stood out to me in this issue of SPIDER-MAN #5 is that Miles Morales has become the Spider-Man. While Peter Parker is off running a business and doing his web-slinging on an international scale, Miles is now New York’s friendly neighborhood Spider-dude. This observation comes from a conversation held by Black Cat and Hammerhead, two of Peter’s oldest foes. As they stand over Miles’ unconscious form, they acknowledge that “the old Spider-Man’s kinda outta reach… and now he’s here… and we’re taking out our old Spider-Man frustration on the new one.” The foes have begun to replace their hatred for the old Spidey with hatred for the new. It won’t be long before other villains make that same leap, and Miles’ Spider-Man is their Spider-Man. By the end of the issue when Miles deposits the criminals at the local police station, even the cops themselves start comparing notes on the old and the new. 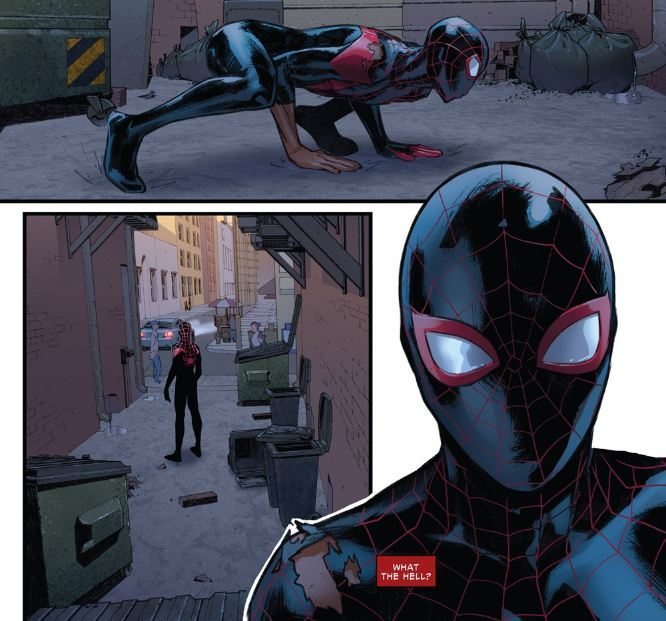 Is that a bad thing? Is Peter really being replaced? No. However, Peter is on another journey at the moment, and New York is all but crying out for a Spider-Man. Miles doesn’t need any sort of adjective in front of his name, he simply is Spider-Man. If you love your Spidey stories set at the street level with a sense of drama and reality amongst all the spectacle, this SPIDER-MAN series is for you.