After various events and crossovers that strayed our book from its original path, SPIDER-MAN #15 arrives with a return to a more linear story for our hero. The issue is light on action, but its strength lies in the development and interactions between Miles Morales and the key players in his life. With a plot that considers all the preceding events and changes to Miles’ life, SPIDER-MAN #15 is an issue that brings back the heart and charm that made the character relatable in the first place.

Taking place just after the end of his team up with Spider-Gwen, we find Miles reuniting and catching up with his father, Jefferson. We get a great father-son moment between the two that we haven’t seen in a while, where they discuss dimension hopping, love, girls, and just how they’re going to explain to Rio, Miles’ mom, why they were missing for so long. From here we dive into the main event, where Rio confronts Miles and Jefferson about their secret lives, leading to the truth about her son being Spider-Man. What follows is a look at the fallout of the confrontation. We see Miles go back to his school and finally rest from an eventful few months (issues for us), Jefferson try to figure out what to do next with himself, and get a tiny glimpse of what’s to come in future issues. 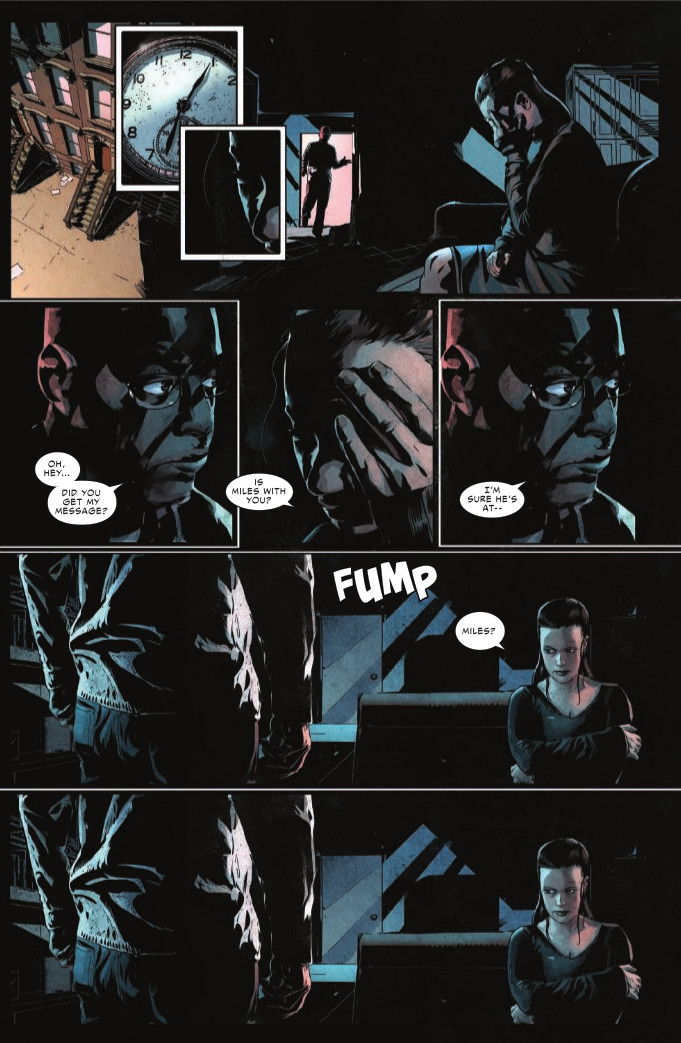 READ: The Spider-Man legacy continues with our look at BEN REILLY THE SCARLET SPIDER!

Writer Brian Michael Bendis has had some great moments with Miles Morales already, but this issue should be a stand out for having Miles once again mature into his hero role. It’s not the first time he told a family member who he is, as he’s already told his father and mother at different times in the now defunct Ultimate universe that he hails from. To have Miles go through so many instances of confessing his secret is intriguing, as we see him go through with it at different points of maturity. Here, Bendis gets to show it with an older, somewhat more seasoned Miles, who has a better relationship with his father, but the one he has with his mother is changing. Long time readers of Miles’ adventures are provided an opportunity to compare his current familial relationships to their older instances, a welcome bonus that changes the reading experience. SPIDER-MAN #15 goes back to its roots here by exploring growth with our hero and his circle of loved ones, and ultimately shows one of the many reasons why Miles makes for a great Spider-Man with how he handles his responsibilities.

Taking over for Sara Pichelli this issue is Szymon Kudranksi, who, along with colorist Justin Ponsor, expertly displays the emotion and gravity of the story on each page. The scene between Miles and his father on the street deserves special praise here, as they not only capture the emotion and enjoyment that each character has with their expressions and actions but also provide beautiful scenery and background through the shading and colors provided. Each scene looks as if it comes straight from a film with beautiful lighting and perspective presented in each panel. The same goes for the pages involving Miles and his parents in their living room, capturing what time of the night it is while also showing each character’s expression through it all. Each page seems cinematic and masterful, bringing out the best in the story as well. 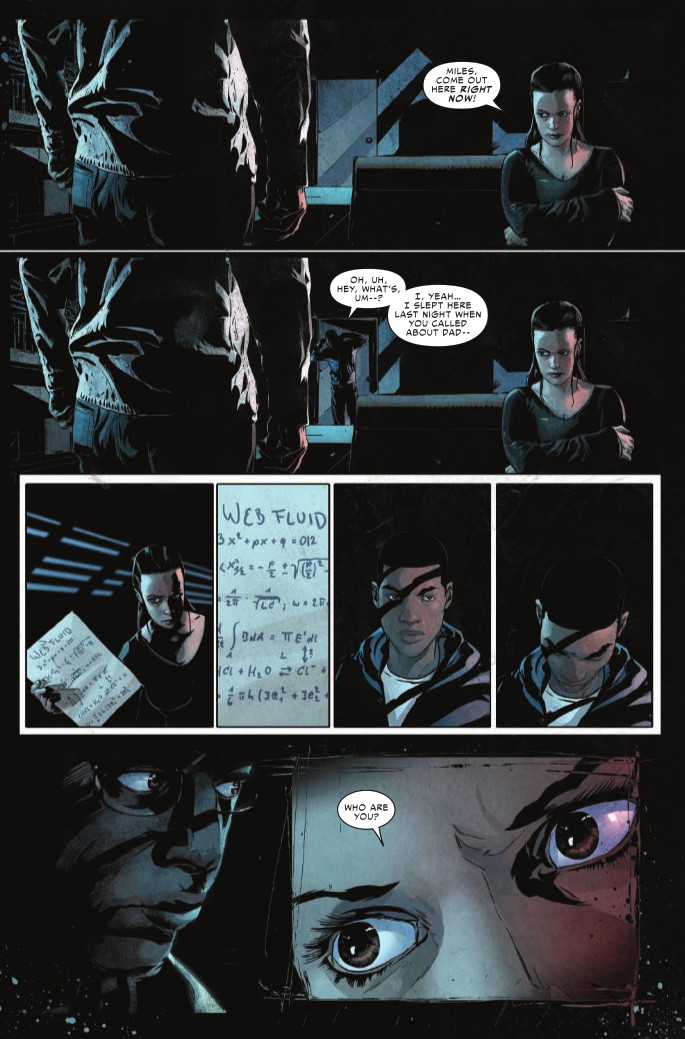 READ: Spider-Man returns to theaters this summer. Check out why we’re excited about it!

SPIDER-MAN #15 is a strong beginning and return to form for the comic. It gets the character back into a more self-contained story after being spread across multiple crossovers and captures the heart and growing maturity of Miles and the rest of the cast. This issue is a strong entry that develops its characters and reintroduces the qualities that make our hero a worthy Spider-Man. Ultimately, it brings back the idea that the title is a coming of age for Miles Morales and that’s just what the book needs after being surrounded by so many comic book events. If you were looking to get back into the story or begin a new book, pick up this issue.