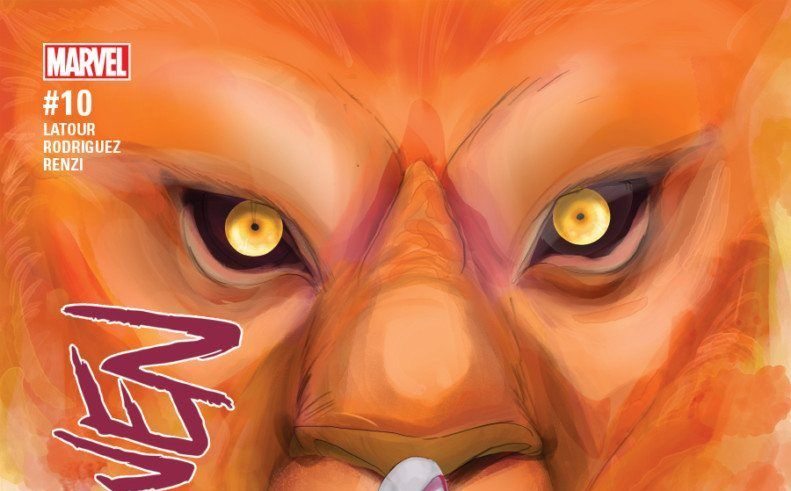 The previous issue’s return to form continues in SPIDER-GWEN #10. Last we left our titular heroine in SPIDER-GWEN #9, things were going from bad to worse for Gwen Stacy. She’d lost her powers, relying on “power-ups” acquired during the “Spider-Women” crossover for momentary bursts of her former abilities. On top of that, NYPD detective Frank Castle had upped the ante on his crusade to prove Gwen’s behind the mask of Earth-65’s Spider-Woman, going so far as to confront her in front of her bandmates in The Mary Janes.

READ: Catch up on the last issue of SPIDER-GWEN here!

SPIDER-GWEN #10 begins with Frank Castle asking an unseen ally to help him bring down Gwen. The issue quickly transitions to the Stacy family home, where Gwen had fled after her encounter with Castle. After a brief internal debate, Gwen confesses to her father what’s happened with her powers. However, before the two can figure out their next step, the house is attacked by an army of snakes. 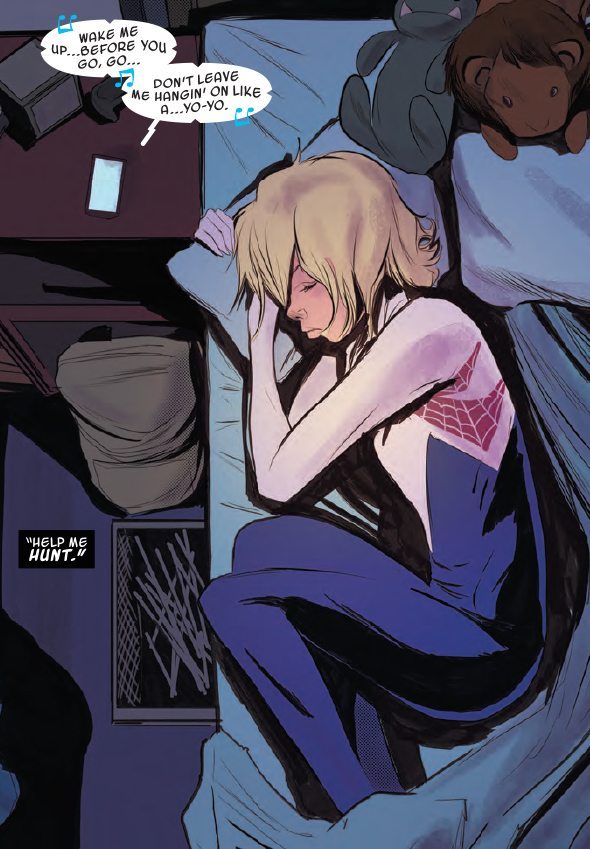 Gwen attempts to use one of her “power-ups,” but she’s stopped by an orangutan. It’s only then that the Earth-65 Kraven reveals himself and announces he’s hunting Gwen as a way to repay a debt to Frank Castle. Gwen desperately tries to fight off the animals, while George confronts Castle over his actions. The two Stacys are successful enough to escape, but not without leaving something very important behind.

After SPIDER-GWEN #9 returned the series to form, SPIDER-GWEN #10 provides a strong second chapter to the series’ “Weapon of Choice” story-arc. The first half of the issue continues the grounded approach seen in the last issue, dealing mostly with Gwen and George. As writer Jason Latour has shown numerous times throughout the course of the series, he has a distinct understanding of the father/daughter dynamic. Gwen and George have a rational conversation about her situation, without any of the over-the-top melodramatics or cliche teenage/parent arguments one might expect to find in a scene of that nature. All too often comic books and other media portray teenagers and their parents constantly at odds, which is something I personally can’t relate to. While I haven’t always had a great relationship with my parents, I was always able to talk to them about anything and it’s refreshing to see that portrayed in a comic.

The second half of the issues goes full on “comic book” but does so in a new and interesting way, mostly due to the introduction of the Spider-Gwen version of Kraven the Hunter. As they’ve done with characters like Captain America and Matt Murdock, Latour and artist Robbi Rodriguez introduce a version of Kraven that’s both recognizable and wildly different. He keeps the game hunter mentality and code of honor, but with the added elements of commanding an army of animals and having an orangutan butler. While those new elements may sound over the top, they work exceptionally well within the comic.

READ: DC Comics loaded Comic-Con with trailers for their upcoming films. Get the details here!

Part of why the Kraven/animals scenes work is the art from Rodriguez. He imbues the animals with enough personality to portray them working for Kraven while at the same time keeping them natural enough that they still look like animals as opposed to anthropomorphized cartoon characters. The orangutan and panther in particular stood out to me, as it seemed Rodriguez took some inspiration from Disney’s THE JUNGLE BOOK on the character designs. 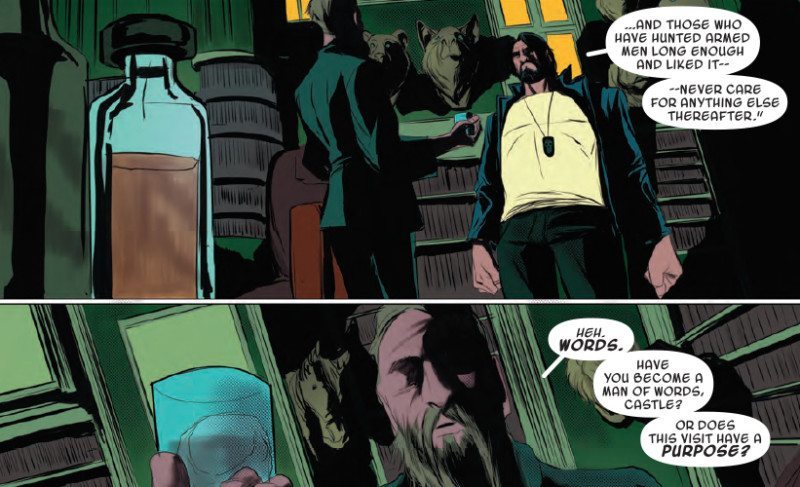 SPIDER-GWEN #10 is a very solid second entry in the series’ latest story-arc. The introduction of the somewhat over-the-top Earth-65 version of Kraven elevates the book a great deal and counterbalances the realistic father-daughter dynamic that the series excels at.