If you’ve ever wondered what it’s like to be Pagan or Wiccan, I would recommend reading SPELL ON WHEELS, a new Dark Horse comic written by Kate Leth (ADVENTURE TIME) and drawn by Megan Levens (BUFFY THE VAMPIRE SLAYER). SPELL ON WHEELS is a five-part miniseries about three witchy roommates who embark on an epic road trip after a jealous ex-boyfriend steals their magical artifacts and scatters them across the country.

And, at least in the first issue, it is surprisingly accurate to New Age religions! 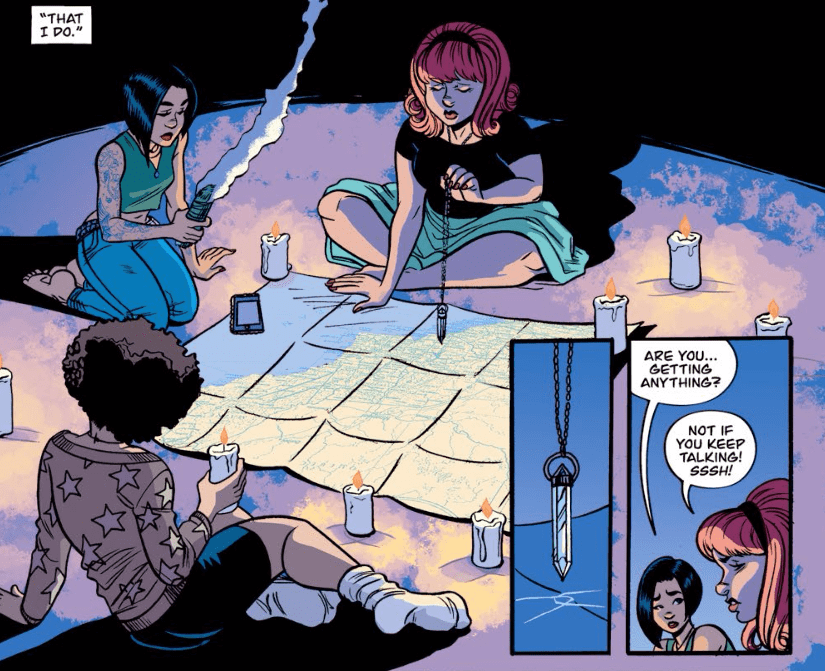 Nobody levitates or shoots fireballs from their hands. All the magic is way more subtle. Characters read tarot, burn sage, and put small spells in tea and tattoos. Plus, they make casual jokes about their spiritual practices and live in a normal home – well, aside from the altars and vast collections of gemstones in their rooms.

Pagans in the real world do many of these things. Paganism is an umbrella term for a wide variety of spiritual beliefs and practices, from Wicca to Voodoo. However, the core connection between all these practices is that physical forms have energetic forms as well, and the energy can be manipulated just as physical reality can be. Energy is the layer of reality where ideas exist, and Pagans play around here. This is why, when one of the witches gives a rude customer a tattoo, she says that she put “humility” and “a dash of maybe not being a dick to his girlfriend” into it. The tattoo was made with that intention, and so, according to Pagan logic, the ideas in the tattoo will have an effect on the customer. Of course, it would have been nicer for her to have told the guy what she was doing, but, considering which of the three witches did it, I’m not too surprised. 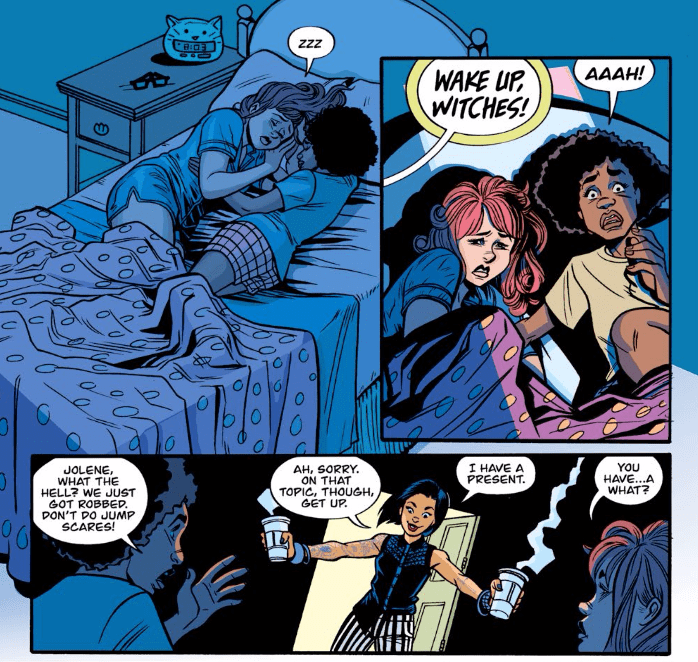 And that brings us to the excellent character writing and design in this story. Even though our protagonists are new characters whom we’ve only followed for a few scenes, they are already very distinctive people. Jolene, the tattoo artist, is an impulsive Asian punk-rocker who is small and thin. Andy is a medium-sized black nerd who is very empathetic and nervous and loves cute sweaters. Claire is a tall, plus-sized white hipster who’s sensitive, diligent, and very high femme. The three have charming interactions with each other and truly feel like a strong group of friends who have a real life together.

LISTEN: Learn about deities from around the world in THE WICKED AND THE DIVINE!

In most media representations, witches are powerful women living together. However, they are usually mysterious or downright evil figures who work predominantly with dark magic and wear all black. However, this is inverted in SPELL ON WHEELS. Every scene with the main characters is bright and colorful. Meanwhile, the main villain of the first issue, a privileged straight white man, is the one working with a dark force – a mysterious figure that has provided him protection and promised him magical powers in exchange for stealing Claire’s magic compass. Interestingly enough, this force works to take away women’s power instead of giving it to them. 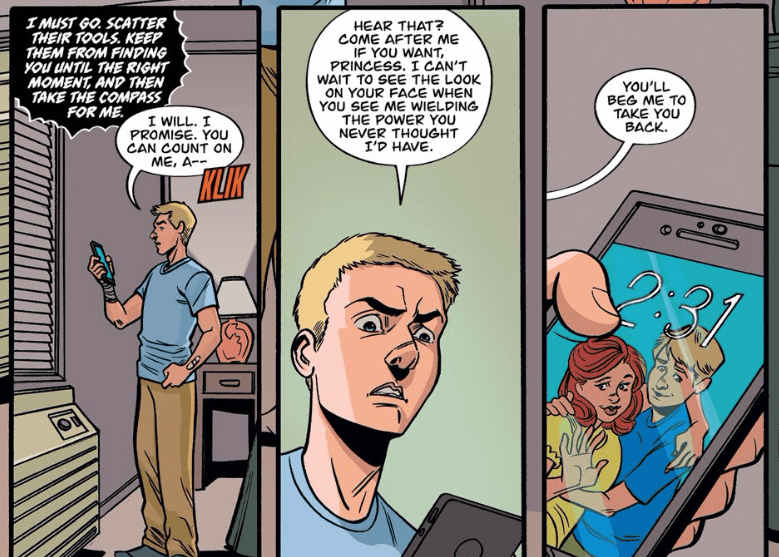 Issue #1 begins with this male outsider literally invading an all-female living space and destroying it. He views the protagonists’ belongings as his and believes that Claire is a prize he can win back by gaining enough power. However, the plot focuses on the women reclaiming what’s theirs through the strength of their bonds with each other. And by doing so, they fight back against the villain’s perception of them as property and prove their female-centric community to have value. 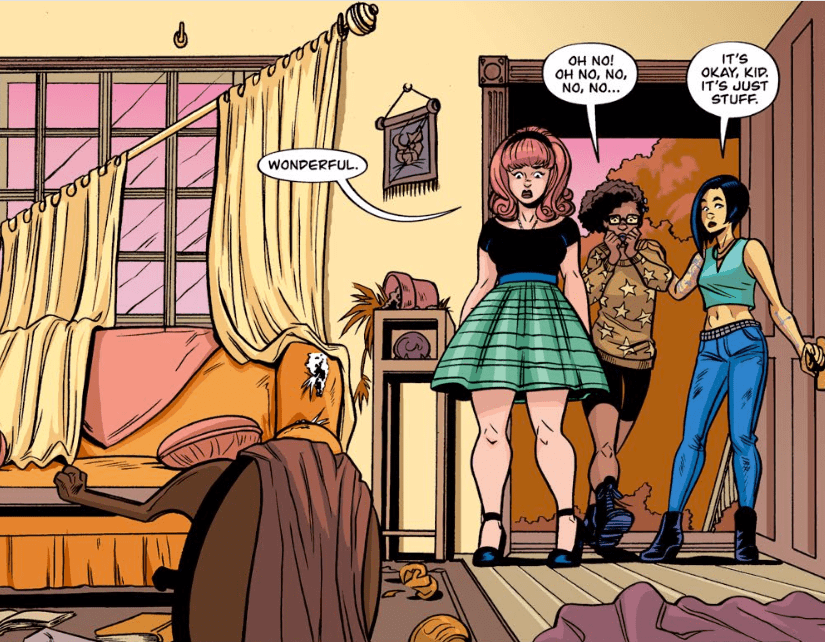 Overall, SPELL ON WHEELS is about witches as real women, and borrowing from Pagan culture is an excellent way to delve into that theme. Of course, the writer did take a few liberties. For instance, an essential plot point in the comic is that witchcraft is passed down genetically through a small population. However, in Paganism, anyone can learn witchcraft. And yet, overall, SPELL ON WHEELS #1 perfectly captures the basics and the feel of living as a Pagan woman.