As Head Writer of ComicsVerse, this was my first time at Special Edition: NYC!

In actual fact, it was a lot more firsts for me.  Hailing from the United Kingdom, this was:

What’s more, whereas most people attended Special Edition: NYC 2015 as fans, I was there on business as much as pleasure.  As a result, I got an opportunity to meet and interview (!) some of the comic-book legends whose works were such a mainstay of my childhood, and whose books I continue to avidly follow to this day.

The preparation for Special Edition: NYC 2015 was fascinating.  You guys won’t believe how much work goes into a booth, and Justin had really done everything he could to make sure everything was top-quality.  After initial setup on the Friday afternoon, with my wife Fiona and ComicsVerse’s Kathy playing key roles in getting the stall well-presented, we headed in on Saturday morning to finish off and get ready for the big day! 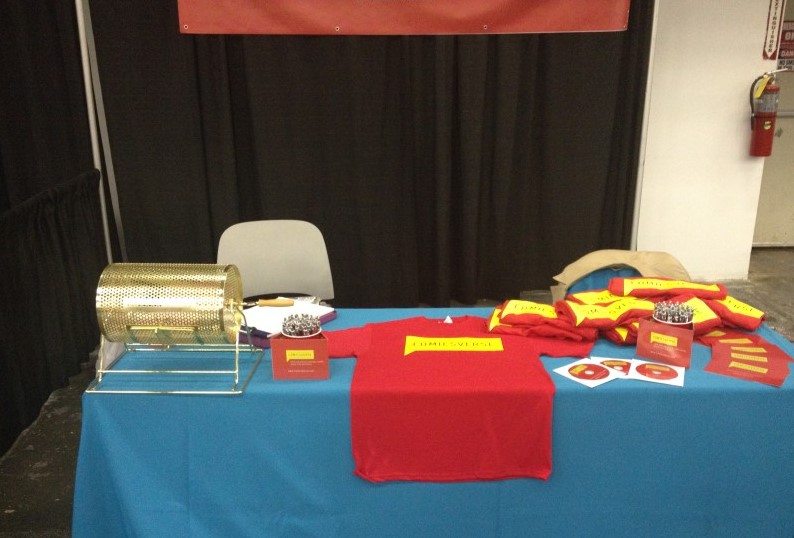 I have to freely confess that the Saturday was positively intimidating.  There were So.  Many.  People.  I’ve honestly never seen so many comic-book fans in one place before in my life (and I’m told that’s nothing compared to the main New York Comic Con).  Being a Brit, I found it particularly difficult trying to worm around any queues to request interviews.  As a Brit, when I see a queue my instinct is to go to the back of it, wait (im)patiently as the queue advances, and keep feeling guilty for the people queueing behind me because I feel like I’m holding them up.  Yeah, that side of things is one that I’m not good at.  On the Sunday, things were a little quieter, and I felt like I actually knew what I was doing!

Our whole team were amazing.  Camerawork was done by Brian and Josh, while the rest of the team were either conducting interviews or running the stall.  I think the highlights for me had to be the ‘fanboy’ reactions we all had to certain interviews.  My own was to Peter David, and it was a real privilege to get the chance to ask him questions about my favourite of his characters, Layla Miller.  But that was only my highlight; Jamie came back from one interview beaming brighter than the sun, Alex looked like he was going to faint from sheer delight after getting the chance to read an up-and-coming issue, and Brian got what sound to be some of the best interviews he’s had to date.  So the next week or so will be seeing the site inundated with exclusive interviews – watch this space!  If you’re not already signed up to the ComicsVerse newsletter, now’s the time to do it! 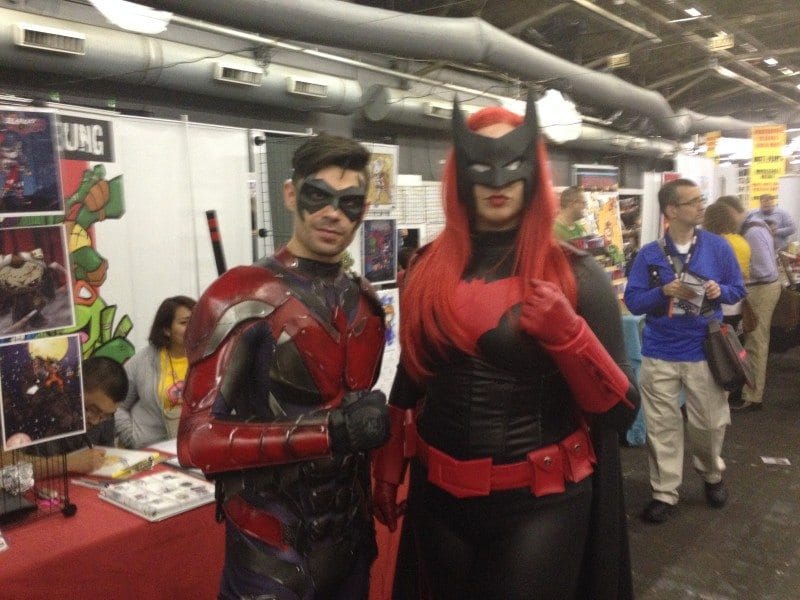 New York has been seriously cool.  We did a whole host of tourist activities.  There was a boat-trip that took us near the Statue of Liberty, although unfortunately British weather had followed us!  We got to see Les Mis at Broadway, meaning I spent much of the week singing, “Do you hear the people sing?”  It was a real experience.  The Metropolitan Museum was fascinating, and I love the care and effort that’s gone into the exhibits.  But easily the highlight of the tourist activities was Central Park.  We visited twice, and have still barely scratched the surface of the Park’s beauty.  We also arrived in New York in time to attend Book Con the week before, and – with a wide range of graphic novel writers and artists represented there – you’ll see some interviews cropping up from that on the site, too.

Now, our New York experience has come to an end, and all that’s left is a faint trace of jet-lag.  It’s been a blast, and a real pleasure to meet the whole ComicsVerse team.  Particular thanks to Justin and Josh for their hospitality – now back to the daily grind!

Oh, and did I mention?  Watch this space!