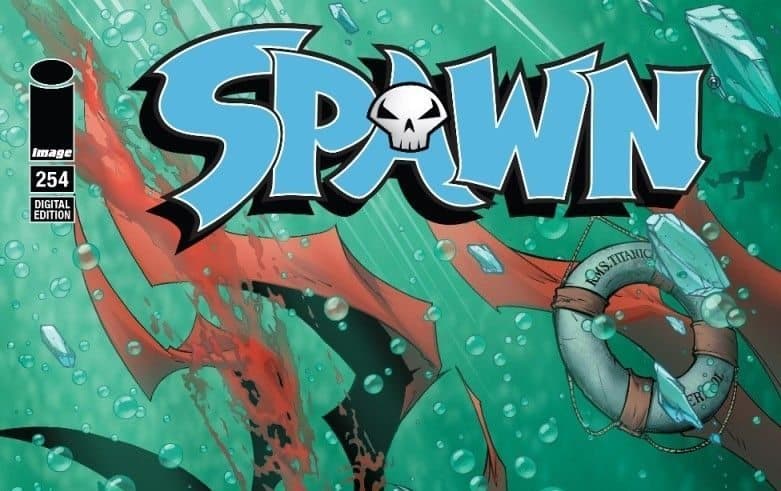 Five issues into the book’s new direction, Todd McFarlane’s SPAWN has hit a few bumps in the road under the guidance of its new creative team. From slumping sales to sudden creative changes and various delays, the Image Comics founder has had his hands full keeping his flagship creation afloat. (Pun totally unintended.) 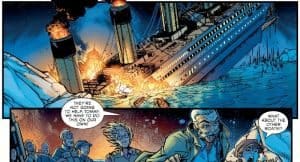 SPAWN #254 exemplifies both the good and the bad of award winning scribe Paul Jenkins (INHUMANS, WORLD WAR HULK) and relatively unknown artist Jonboy. This creative pairing got off to a strong start in SPAWN: RESURRECTION #1—which saw the return of the series’ original protagonist Al Simmons—but the quality of their work has devolved slightly, becoming a tonally inconsistent comic that stands at odds with itself.

It’s worth noting that Todd McFarlane himself remains on the book as its editor and still receives credit alongside Jenkins for the script. This means a few McFarlane trademarks persist, such as the forced inclusion of ineptly censored swear words. As a result, some recent missteps with writing may not belong to Jenkins, although he still receives sole credit for story on this particular issue.

LISTEN: Want to learn more about Spawn? Check out Episode 12 of the ComicsVerse Podcast!

Plot-wise, this chapter picks up as Al Simmons is confronted by an unnamed lady demon who transports Simmons back in time to the sinking of the Titanic and faces him with a troubling choice: save the lives of as many passengers as possible and risk altering the future forever, or stand by and watch as they die, thereby refusing to play Hell’s game. This scenario is played out to prove a point to Simmons, that point being that what’s done can be undone, that those who have died could be brought back if one is willing to pay the price to alter time. 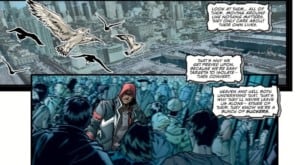 The implications of these events are many (and are entirely sinister), which is in keeping with the book’s direction, but the tone of Jenkins’ writing is undermined by Jonboy’s cartoonish art and the bland coloring of not one but four color artists. Characters and settings are detailed enough, but largely generic and given an almost plastic feel by colors and inks that rob Jonboy’s pencils of personality.

At its best the art has reaffirmed SPAWN’s return to its colorful superhero roots. At its worst it looks less like professional work and more like really good fan art. Case in point: the unnamed lady demon. This character looks like a design ripped from the notebook of 9th Grade boy who just discovered punk rock and a schoolgirl fetish. 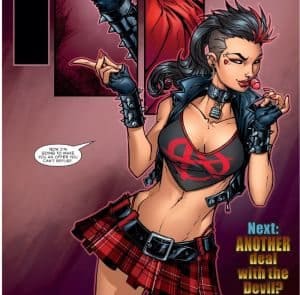 The saving grace of this issue is its place in the overarching story. Not necessarily the events of the issue itself, but those implications I mentioned before. Pacing problems and a general theme of inaction make this issue less than exciting, but it succeeds in adding more menace and suspense to the threats that loom over Al Simmons and his loved ones.

This is by no means a bad comic, but its potential is stifled by inconsistent tone, poor coloring, and sometimes juvenile designs. I’m beginning to think McFarlane should interfere less with the script and more with the art department.

CLICK to see our review of DESCENDER #1 for more creator-owned goodness from Image!