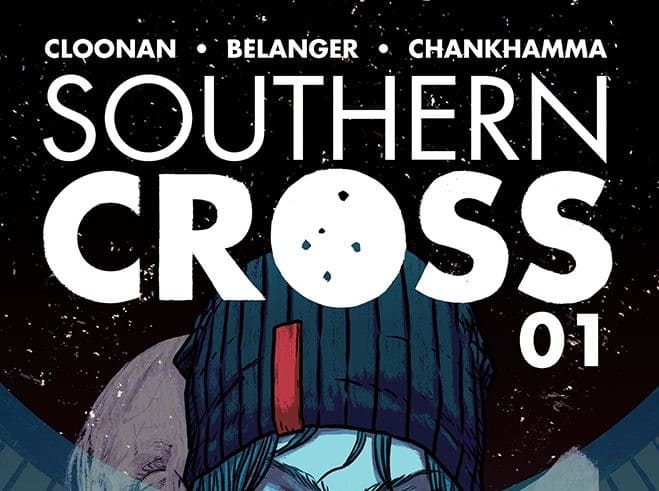 The first part of the new series Southern Cross was released in March by Image Comics. The comic follows Alex Braith as she travels to a miner colony on the moon to collect the remains of her dead sister. The publishers are marketing this series as classic mystery meets science fiction.

First impression: I’m excited to see a comic created by a woman with a leading female protagonist exploring her relationship with her sister. Plus, who doesn’t like a good scifi mystery?

The artwork and dialogue have a very film noir feel. While film noir presents a fun, stylistic genre of art, it is also one that can easily slip into being an excuse for characters to speak in clichés. Many of the panels have the type of forced, cliché dialogue that distracts from actual character development. 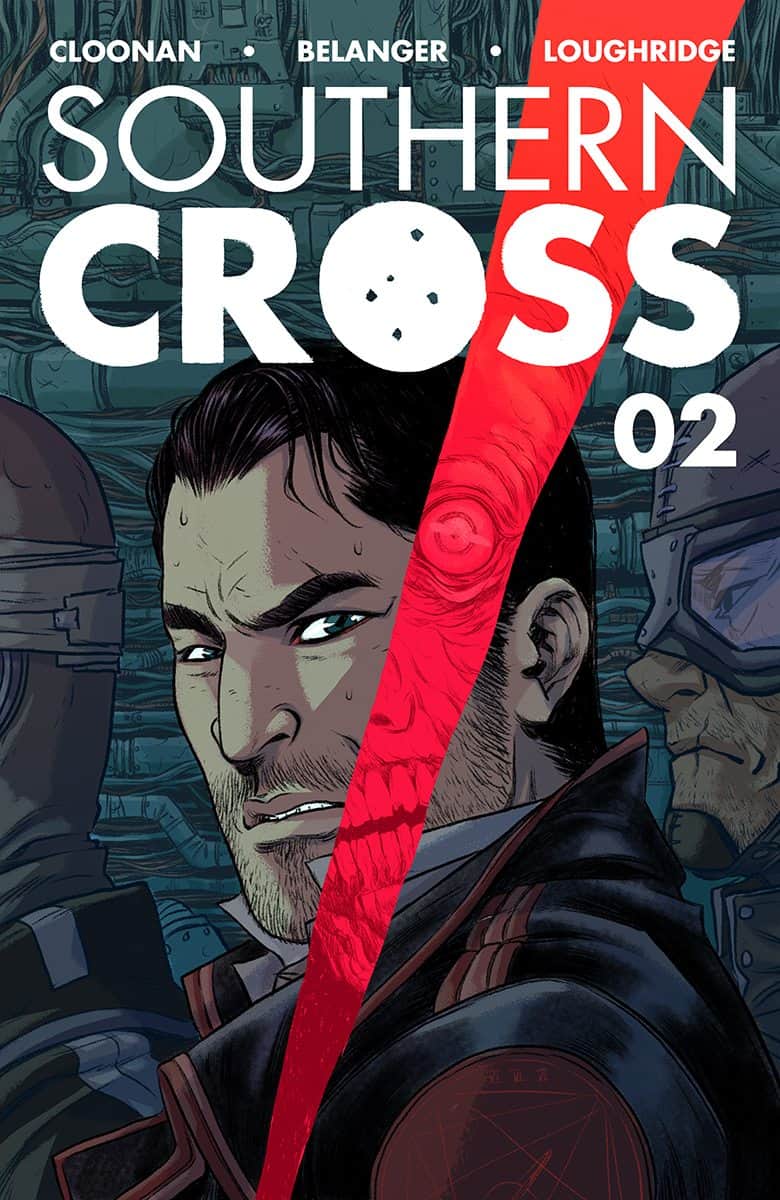 In the summaries on the publishers website, they excuse what could be poor character work by defining the lead as “secretive and aloof.” However, even if the dialogue is a little kitschy, having a killer plot in a mystery series can make all the difference. This is the reason I watch too much Law and Order.

If you like the Sci-Fi/Noir/Mystery genres and aren’t bothered by some overused cliches in your dialogue, then go ahead and pick this up!  It looks good and has a pretty interesting plot, which will only continue to develop in upcoming issues.  Issue #3 hits the shelves on May 13th!