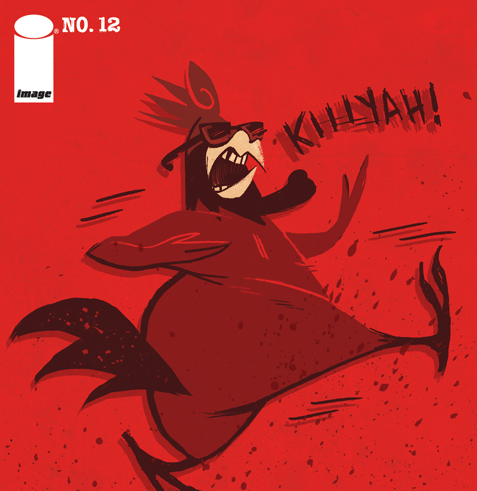 Beginning in issue 9, the Third Arc of SOUTHERN BASTARDS, “Homecoming” gives us a snapshot of life in Craw County. Each issue focusses on individual characters we either haven’t seen in a while, or we haven’t met before. In this issue, #12, we call in to see how Tad Ledbetter is doing. Who? Read on to find out!

To be honest, I had forgotten about Tad Ledbetter. In all fairness, you probably did too. The last time we saw Tad was when he was almost beaten to death in issue 3 because since then he has been in a coma. Here he gets a visitor in the form of Eugene “Materhead” Maples, part of the group who attacked him.

While Materhead runs with Coach Boss’ crew, very early on we learn he (literally) doesn’t have the stomach for it. While he owes everything to Coach Boss, Materhead has reservations about his methods. In an attempt to find redemption, he visits the ‘vegetable’ in hospital and dresses him in Runnin’ Rebs attire.

The issue is spent between these two characters, as Materhead’s conscience starts to get the better of him while Tad wakes up. But for Tad, that is only when the madness begins…

READ: Want to catch up on Jason Latour? Check out our review of SPIDER-GWEN #1 here!

SOUTHERN BASTARDS has always shocked and surprised, and it never took the easy way it when it came to storytelling, but this issue once again shows how it continually breaks the mold. Jason Latour, usually on art duties, gets a chance to script this issue, and he definitely gives Aaron a run for his money. He stings with his dialogue, both with his wit and the ferocity of the characters. 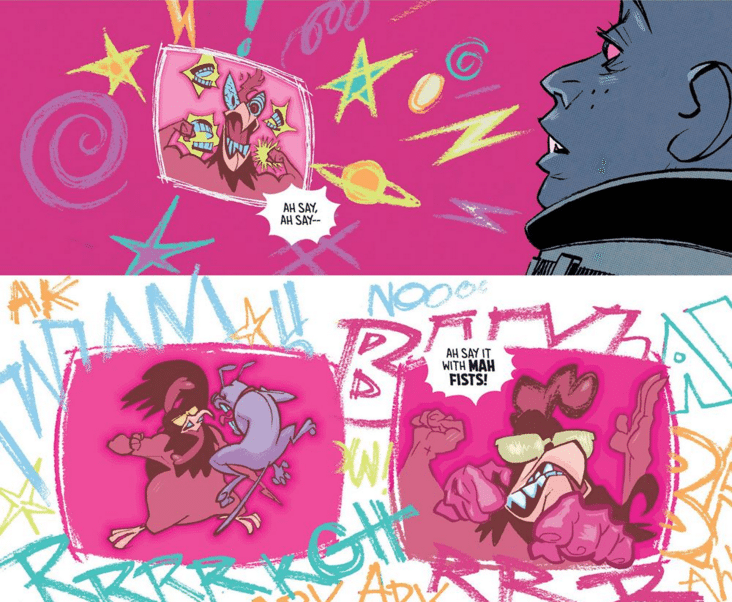 If anyone had said there would be a scene with an animated Fog Horn LegHorn parody in an upcoming issue, it would have felt tonally put of place. Seeing it in Brunner’ art style, a gore infused Warner Brothers cartoon, it makes sense in the context of the story. It also gives us a huge glimpse into the mental mind set of Tad. He was never the cleverest of children, but now something is off. How it will be played out remains to be seen, and that last page gives red shadows of what is to come. 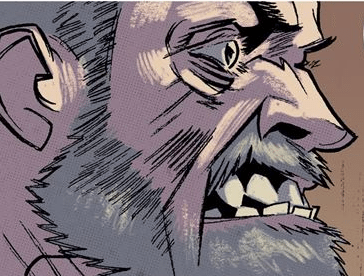 Chris Brunner does a great job on SOUTHERN BASTARDS. Latour’s art in the series is more visceral, and gnarly. Brunner’s inks are a bit more polished, but it also feels more vicious when a character reacts. A close-up panel of a snarling Esaw just sums up how feral people can be, and his sharp lines give great volumes of emotion. While this may be a slight break from the norm, it is definitely welcome. However, if the creative team decided to shake things up further down the line, I’d be more than ok with it.