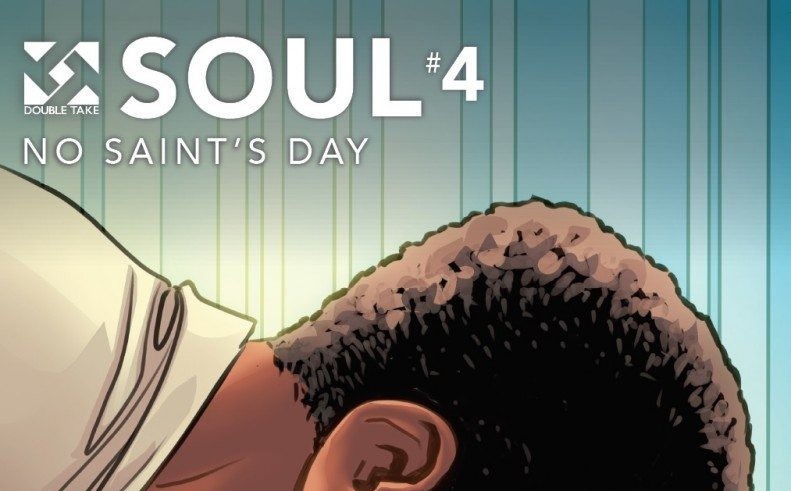 The first three issues of SOUL were impressive and enjoyable, retconning the end scene from NIGHT OF THE LIVING DEAD and breathing new life into the story. Ben survived his gunshot wound, but his troubles didn’t end there. Despite surviving an all night zombie siege, it’s law enforcement that sees Ben as a threat.

Issue #3 ended on a cliffhanger with Ben falling out of a helicopter while fighting against a zombie. It was an intriguing ending: How could anyone get out of this? Surely he was a goner. SOUL #4 begins with Ben continuing to fall and… it cuts back to earlier that morning, with Ben sitting in the basement after killing Harry and Helen Cooper. He walks upstairs and shoots the police officer who attacked him on the helicopter. What? 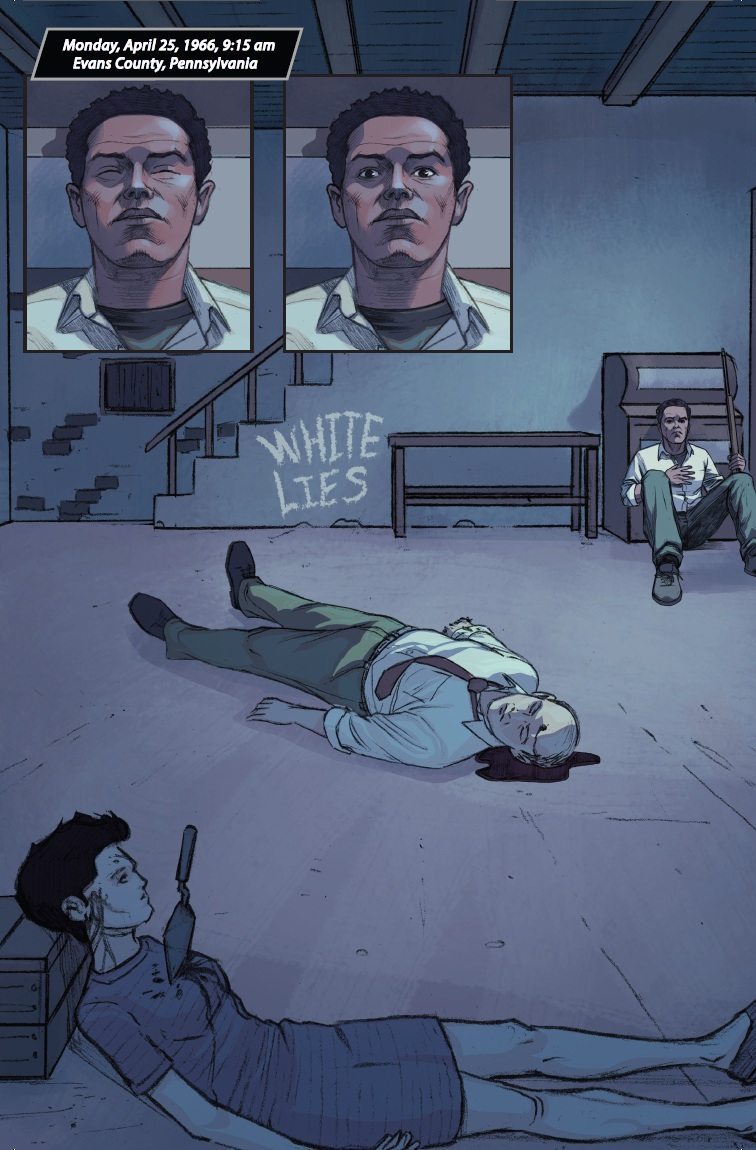 READ: Catch up with our review of SOUL #3!

I must confess, when I finished the issue, I was less than impressed. It was jumping back, changing Bens’ actions, and there was no rhyme or reason for it. It reminded me of Double Take’s DEDICATION #4, introducing concepts that seemed completely jarring within the context of the story. A second reading was huge. After going back and taking everything in, I picked up on a lot of things I hadn’t noticed before.

While the reason that Ben can travel back in time is unclear, the slow reveal of what was happening to Ben made more sense to me this time around. Every time he dies, he wakes up at 9:15 a.m. in the basement, ready to change the outcome of his life. Each time, he gets a little bit further before getting killed. When he wakes up in the basement, there is graffiti on the wall advising him what to do next: “Revenge,” “Aim Higher,” “White Lies,” “All in”—none of which I picked up on first reading. Each time, he follows these words and makes it that little bit further. Is Ben a zombie? Is this an unknown side effect of it? So far, we have seen people with psychic powers and shape-shifting abilities, so is time travel that much of stretch? Did I already see a demonstration of his power in issue #1 when it referenced his death in NIGHT OF THE LIVING DEAD? It’s an intriguing premise and I can see how the Double Take Universe is beginning to be much more than just a George A. Romero homage. Kudos to the script-writing team for making something that reveals more with each read. 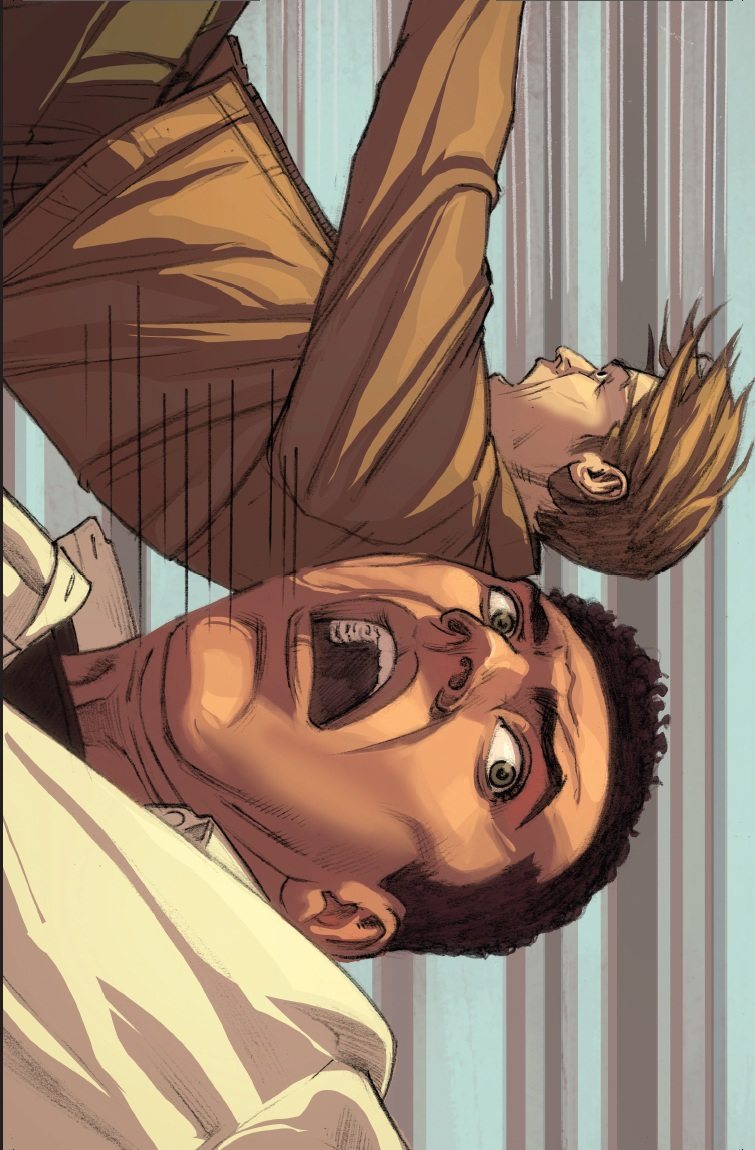 The art in this issue is a mixed bag. The art team really nail it when it comes to close-ups. The sense of fear and terror on Ben’s face as he falls to his death is detailed and scary, as it is when he screams at the police not to shoot him. There is a lot of strong emotion that the artists get just right. They seem to struggle a bit when it comes to some of the action scenes, particularly in the ways in which the characters move and react. The first time Ben shoots someone, the victim being shot looks more like he is executing an unexpected dance move than a receiving a bullet to the back. The art feels more alive when it looks a bit rushed. As it gets more detailed and the inks are fine tuned, everything begins to look a bit stiff and awkward. However, the artists do a bang-up job when Ben and the crew move through the cemetery near the issues end. It truly feels claustrophobic and overwhelming as the undead surround them and begin to devour them.

READ: More strange powers show up in our review of DEDICATION #4!

Overall, this is a strong issue with a twist that really pushes this story into the realm of science fiction. Looking at Double Take’s other #4 titles, it looks like they’re about to unleash a whole bunch of crazy, and I’m definitely on board.