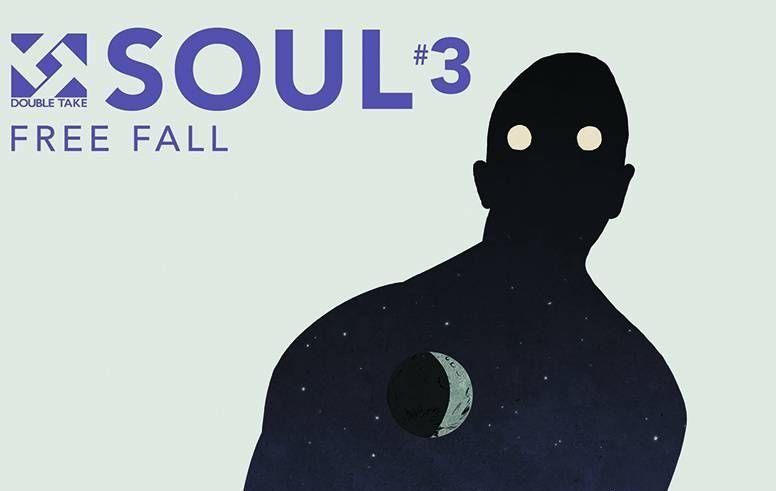 Double Take has taken the premise of the film NIGHT OF THE LIVING DEAD and used it to create the Double Take Universe, in which a zombie epidemic has slowly taken root in Evans County, Pennsylvania.

I’ve noted before that Double Take has taken a different approach to zombies than the film. Some are your typical undead, shuffling zombies hungry for brains. Others are more subtle, not easily distinguishable from normal humans (and as happy to eat sweets as human flesh).

With the SOUL series, they’ve taken the premise another step further. In the original film, Ben Walden, having survived a brutal night besieged by zombies, is shot dead at the end of the film, mistaken for a zombie. It is a cruel, cynical ending that’s perfect for the film that went before it. In SOUL, Ben survives. The shot to his head merely grazed him. But the nightmare has only just begun.

Despite the obvious zombie problem, the police who find Ben don’t trust him and force him to relive the night he just survived. Ben recounts how everyone in the house, bar him, died throughout the night. Chief Inspector Connor McClelland, though, feels that Ben isn’t being 100% honest and decides to arrest him. He’s put on a helicopter to get to the local police department. But even then danger is never far away.

READ: Missed out on SOUL #2? Check out our review here! 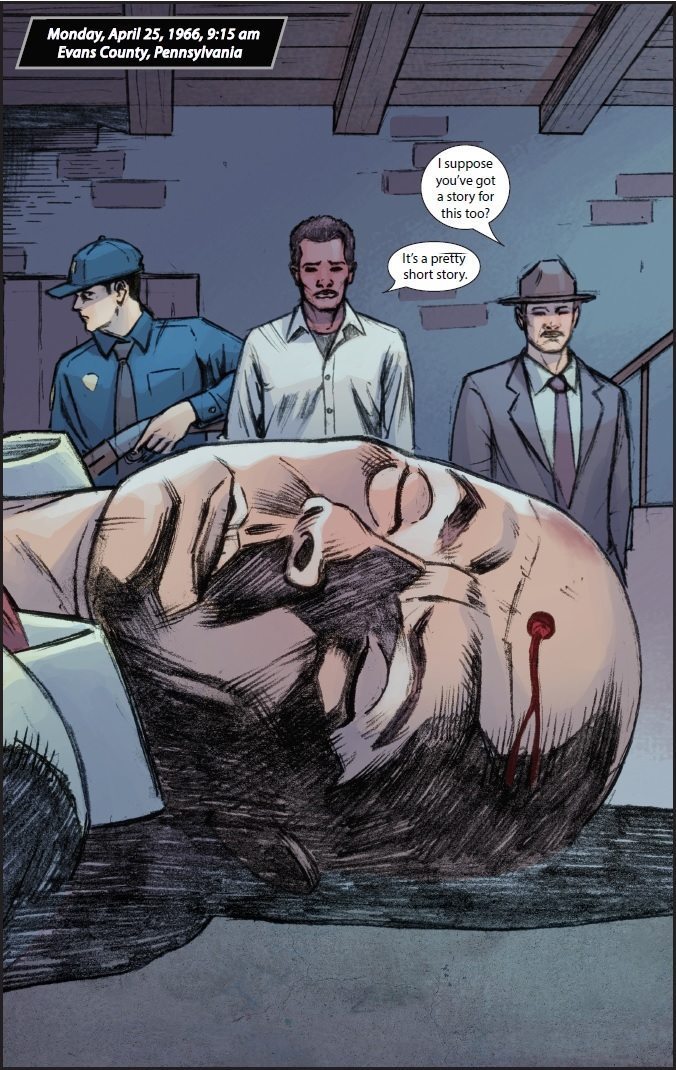 I’ve really enjoyed the SOUL series and got a kick out of how they retconned Ben’s fate from the movie. There’s much to admire in this issue. The recollection scenes are clever and well thought out, each panel representing Ben’s point of view. I found that storytelling technique quite refreshing. There’s also the mystery behind the zombie in the cellar from issue 2 who, despite being shot in the head, is clearly only playing dead.

READ: Find out more about Chief Inspector McClelland’s adventures in our review of HONOR #3!

Still, there were one or two things that didn’t sit well with me in the issue. Having already met Chief Inspector McClelland in HONOR, his characterization in SOUL seems off. In HONOR, McClelland seems likeable, a good cop ready to make difficult decisions. When he discovers that the dead are coming back to life, his world is turned upside down. Yet 24 hours later (which is when SOUL is set in the Double Take timeline), he finds a lot of what Ben has to say suspicious.

Whether it’s something intentional or something I may have just read into, I feel like doubt is thrust upon Ben because of the color of his skin. There’s nothing overtly racist on display in SOUL #3, but there’s a sense that the police. especially McClelland, are not friendly to Ben from the beginning. Not to mention there are one or two panels (paired with some weighted dialogue) that make it feel like McClelland is ready to throw Ben into prison. This brings an unwanted layer to a likeable hero in the series. 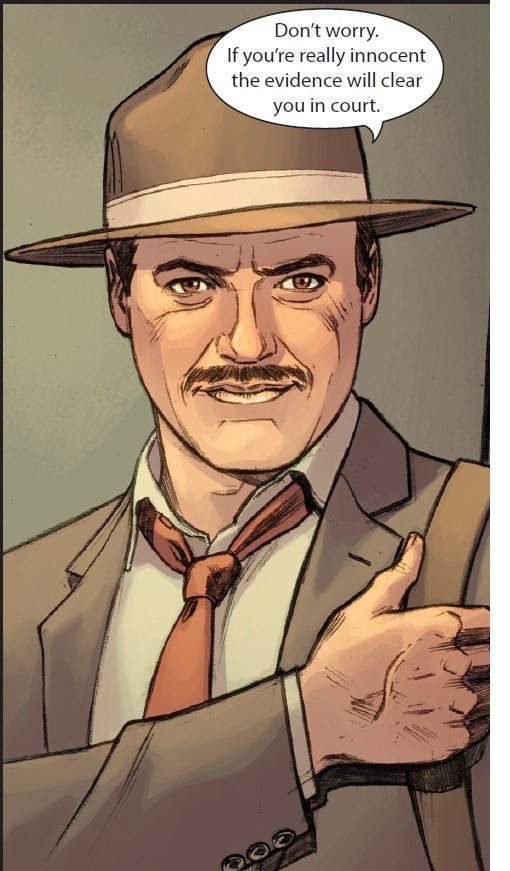 Art-wise, this issue is a mixed bag. It looks like the artist got into spurts of creativity and focus, then lost his drive and was just trying to push through. There is some stellar artwork on display in the issue, some of it sharp and expertly rendered. The detailed art of Ben watching the zombies breaking through the barred windows is one of the issue’s highlights. But while there is some strong art in the book, there are many panels that look rushed. The inking seems thick and blocky and, in parts, unfinished. The first splash page has really nice elements to it, but the pencilling is occasionally rough and the shading is patchy, something that happens throughout the issue. In addition, some of the character reactions feel off, with the helicopter pilot’s response to being shot bordering on being downright casual.

READ: Find out how to pick up digital copies of issues 1 and 2 of each Double Take series for free here!

Despite my misgivings, the story of SOUL is still intriguing enough to continue reading the series. Plus, I’d really like to know how Ben is going to get out that cliffhanger!