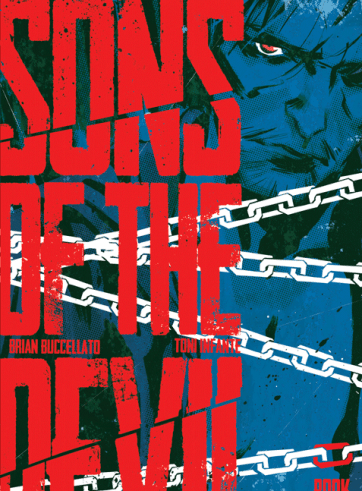 From the conspiracy theories of the mass murder-suicide of Jonestown to the Manson Family Murders, the thin line between communes and cults have intrigued people throughout history. The thin and precarious line between sanity and madness has always been a point of interest in the press, as well as in the heightened realities of a variety of creative narratives. Brian Buccellato and Toni Infante’s series, SONS OF THE DEVIL, will be joining those many permutations by following Travis Crowe, an average Joe living in Los Angeles, and his gradual acquisition of the truth in his familial history.

From the first issue, we learn that Travis is an orphan that grew into an anger management problem. In every issue, we begin with a flashback from 1989, reading pieces of Travis’ earlier life as he begins to figure it out in the present. After the first story arc, all we know is that Travis is in danger of falling back into the clutches of the insidious and invisible power of “the Sacred Co-Op” from which he was birthed.

LISTEN: Fan of Greg Rucka? Check out our interview with him on our 59th Podcast Episode on LAZARUS!

From Kickstarter to Image Comics, Brian Buccellato and Toni Infante’s work together to create SONS OF THE DEVIL did not go unnoticed, nor has the series failed to gain the appreciation it deserves. Brian Buccellato’s writing chops are most associated with his work with c0-writer Francis Manapul on THE FLASH and DETECTIVE COMICS. But as most great creators do, he makes his Image Comics debut with newcomer artist Toni Infante with an original idea that he hopes to make an ongoing comic, as well as a live-action series. 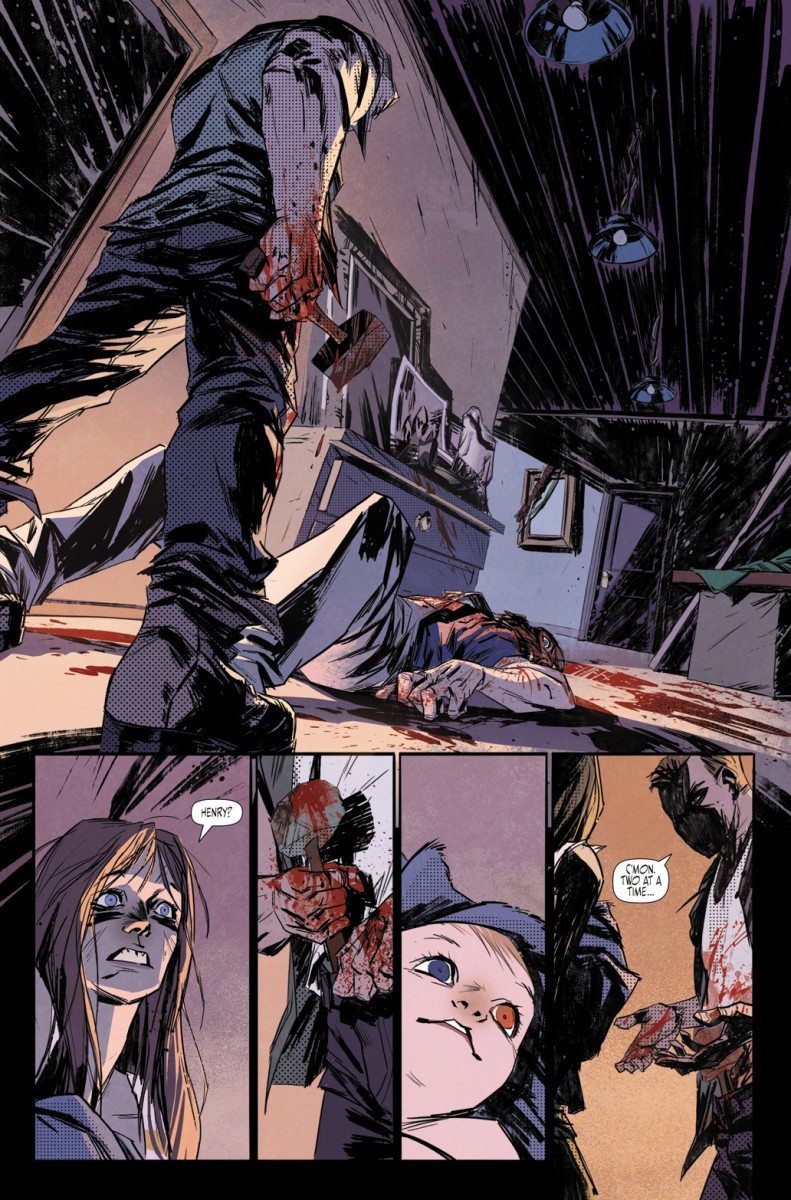 Like many creator-owned works published through Image Comics, Brian Buccellato and Toni Infante’s SONS OF THE DEVIL is a series that is not as familiar as the superheroes we’re accustomed to seeing from the Big Two. That being said, this reviewer found Brian Buccellato’s writing easily accessible, without betraying any personal expression of creativity and experimentation. It’s redundant to say that Brian Buccellato more than understands the basics of good storytelling, as one can see in his work for THE FLASH and DETECTIVE COMICS. In SONS OF THE DEVIL, I can sense that same storyteller expressing more of himself.

True to his past work experience, Brian Buccellato writes a killer crime story. He is able to maintain the gritty reality and history of Los Angeles while incorporating the strange and weird nature of the cult phenomenon. Many creators could have easily made that phenomenon feel exclusively supernatural. In my opinion, Brian Buccellato succeeds in keeping the explanation behind the mysterious goings-on of the Sacred-Op from which Travis is supposedly born ambiguous. In other words, it feels more like a crime story featured on Showtime, rather than a spooky, supernatural story. In fact, the story is able to intrigue the reader the same way cult phenomena often do: it’s unsettling.

READ: Like Neil Gaiman? How about the dream team of Fábio Moon and Gabriel Bá? Then you’ll love HOW TO TALK TO GIRLS AT PARTIES!

With a lost yet curious protagonist like Travis, suddenly followed by mysterious deaths and occurrences, we can only relate to his confusion and morbid curiosity. After years of suppressing the urge to surmise his own origin, it seems that all of it is coming to find him, in the form of other people his age claiming to be his half-siblings, and a man named David Daly leading his mandatory anger management sessions, who may be the very same man who took the leading role of the Sacred-Op.

And is very probably his father. 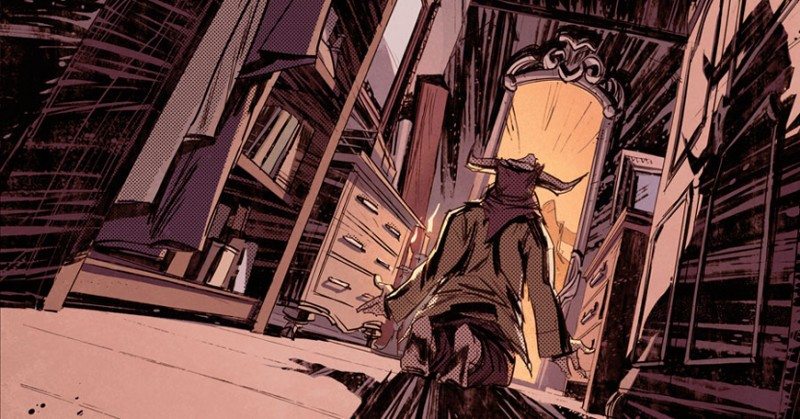 Travis is called “The Chosen One” by strangers, while his tumultuous anger further alienates his girlfriend, Melissa. We are at a breaking point when the first arc of this series ends. That being said, as a reader, I feel almost slighted. We have the story laid out before us and we are on board with Travis to figure out the truth about his “real” family. From what the flashbacks to 1989 suggest, there were people who were part of the commune who didn’t agree with the “single father, multiple mothers” polyamorous lifestyle. The flashbacks did suggest, however, that the participants of said cult were not aware of the Satanic or demonic nature of the group. In fact, many of those questions remain unanswered. We only know, as readers, that someone is gunning for Travis for being “the Chosen One.” While it’s easy to chalk that up to the simplistic “anti-Christ” narrative, we’re not at all sure what that suggests.

All we know is that David Daly, the leader of the Sacred-Op commune, and Travis, angry and in his mid-twenties, both have one red pigmented eye. Why this may make Travis “the Chosen One” (and for what he might be chosen) we still don’t know. The only problem I have with the first arc of SONS OF THE DEVIL, is that I crave so much more information, and want to know where, exactly, this narrative is going with Travis. Regardless of my own impatience, I must admit that Toni Infante’s harsh and and expressive lines appropriately match the gritty and frenetic nature of this dark story- not to mention Toni Infante’s ability to capture the color palette of Los Angeles heat and destitute. Who isn’t a sucker for a great unity between art and writing?

After frantically buying the first arc from Brian Buccellato himself at NYCC 2015, he kindly informs me that SONS OF THE DEVIL may be coming back as late as March 2016. Honestly, I’m not sure I can wait that long. Can you?