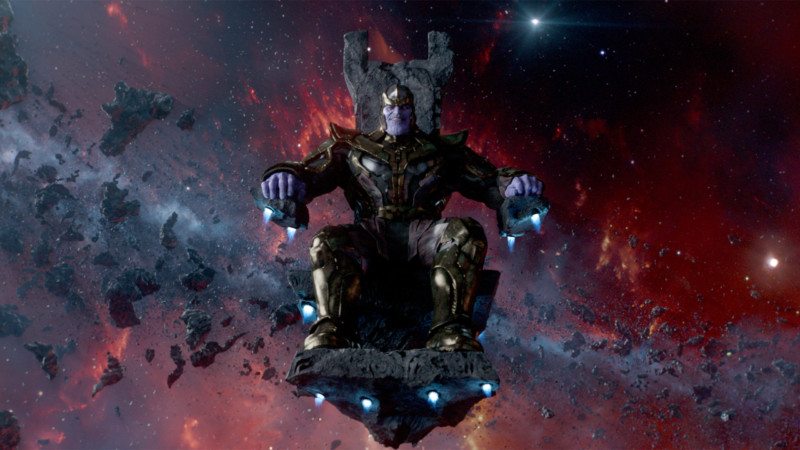 The Marvel Cinematic Universe has done some incredible things for fans of comics, and the legacy of the comics themselves. From beautifully depicting some of Marvel’s most famous heroes and bringing some of the most popular arcs from the works onto screen, it is rare that a Marvel film disappoints on every front. Even some of the more lackluster entries can be considered more entertaining than half of what Hollywood has churned out this year (if you don’t believe me, look at: GHOSTBUSTERS, INDEPENDENCE DAY: RESURGENCE, etc.). As time progress, Marvel Studios has refined their formula to a near-perfect tee. The films have gotten bigger and the concepts grander, However, if there is one thing that most of the films have in common, it is the forgettable villain.

READ: SUPERGIRL: It’s Too Soon for Jimmy Olsen to be Guardian

That isn’t to say that there haven’t been some incredible villains portrayed in the MCU. Tom Hiddleston’s Loki is the best example, and he remains the most prevalent villain in the MCU so far. He was the best part of both Thor films and the driving force behind the main conflict in THE AVENGERS. There is also no doubt that he will take a significant part in the films to come, specifically the upcoming THOR: RAGNAROK. CIVIL WAR was also a step in the right direction, with Daniel Bruhl’s Zemo taking a backseat to most of the action. Instead, he watches from the shadows as he plays the Avengers against each other. He is also unique to MCU villains in that his plot actually succeeds: he divides the Avengers and his actions already create a resounding impact on the entire cinematic universe.

However, these are just two villains in a proverbial sea of blank faces. The rest of the MCU villains serve more as stepping stools for the titular hero to prance on during their obligatory origin story, rather than becoming characters with any sort of depth. Poor Mads Mikkelsen is the most recent victim of this recurring trope. If you’ve ever watched the massively underrated HANNIBAL, you would know that Mads plays a damn great villain. His portrayal of the infamous Hannibal Lector is my personal favorite version of the character, even more so than the iconic Anthony Hopkins interpretation. Yet the writers of DOCTOR STRANGE give him nothing to chew on, and his Kaecilius receives no overarching development. In the end he is overshadowed by an awesome depiction of Dormammu, who is in the movie for all of ten minutes.

Maybe the films need to look to the Netflix Original Series for some much needed guidance. DAREDEVIL, JESSICA JONES and LUKE CAGE all scratched the villain itch that the films had left untouched. Kingpin, Kilgrave and Cottonmouth, respectively, were all layered villains, but more importantly, they were relatable and believable characters. Kingpin might be the only one of the trio still breathing, but each played an important role not only in shaping the hero they fight, but also in determining the tone the show set for itself.

Obviously, it is unfair of me to compare two-hour films to thirteen-hour series’. The characters in the Netflix series’ have the room to grow into something great, whereas the movies can only do this for a limited amount of run-time. But villains don’t have to be relegated to just one film; Loki is proof of this. Maybe to get the character development they need, the studio just needs to spend some time with these villains, make them more three dimensional by developing them more than simple tools for the hero to overcome in one film. Recurring villains, evidently, may be the best direction to go, and Zemo could be a step in this direction. This way, these characters get a little breathing room, make audiences uneasy as they wait for that familiar face they love to hate to finally appear to make the heroes days a little bit harder.

The MCU still has a lot of room to grow, but not without it’s share of problems. With Marvel Studios planning further and further into the future, one has to guess that one-note villains may start to take a back seat to recurring threats. Thanos and how he resonates on the screen might be the peak for villains in the MCU. With Thanos in the mix, the universe can go in many directions, and might even give the films a universal threat for the first time. AVENGERS: INFINITY WAR is going to be split into two movies, which for the first time means that we as an audience will get direct continuity and not just another big-named face to put on a flat villain. Thanos will hopefully impact the MCU more than any villain seen in any of these previous films. If he delivers and is an actual opposing force on the team of heroes that audiences expect to triumph, maybe Marvel Studios will realize that one-off, two-dimensional villains should be a thing in the MCU’s past.