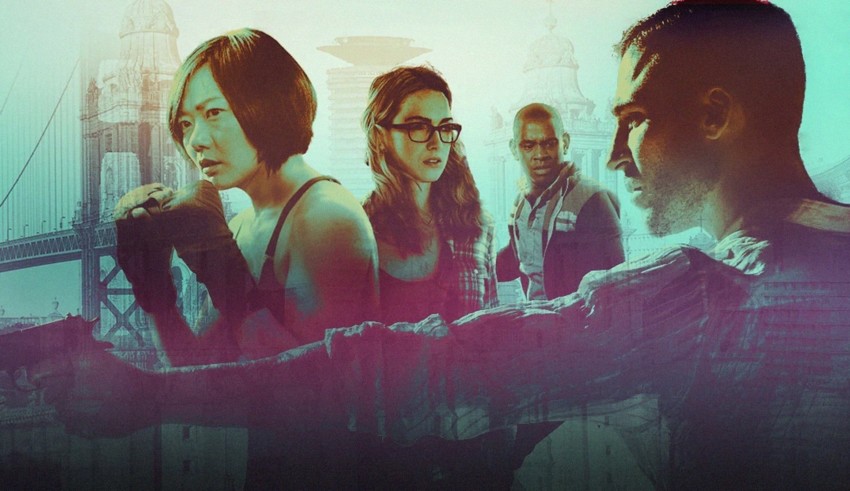 Television is a great medium for exploring cultural issues. To an extent, television shows reflect reality, so they have the ability to delve into many hot-button topics. However, there are occasions where exploring said issues may overwhelm the show itself. When a show focuses too much on the moral or message, it can lose sight of other key elements, like a well-paced plot line or compelling conflict. Even if the issue is important and deserves to be talked about, getting too much focus makes it becomes tedious. In shows like SENSE8, MASTER OF NONE, and TRANSPARENT, we see social issues like sexuality, gender, and race explored, but to varying degrees of success.

READ: How does the new film FRONT COVER balance out its romantic storyline with important social issues? Check out our review here!

Take, for example, the Netflix original series SENSE8. The series explores the interconnected lives of eight characters from all around the world who share a psychic bond. It’s an interesting premise, but the specifics of the connection are barely explored. Instead, the show puts most of its focus on the characters’ sexuality and multicultural backgrounds. The characters’ storylines outside of their cultural backgrounds took awhile to get fleshed out, leaving us in the dark as to the show’s real premise. Exploring sexual and cultural diversity so thoroughly in the characters damaged the show’s unique story elements.

The character exploration on SENSE8 is interesting, but it takes too long to develop. While we learn about Nomi’s experience as a transgender woman, and Lito’s closeted gay relationship, their characters feel somewhat one-dimensional. Though Lito gets a blackmail storyline halfway through the first season, Nomi’s characterization outside her transsexuality is that she’s good at computers. It’s a trope in so many television shows and makes Nomi feel one-dimensional and underdeveloped. Outside of Nomi, we see multicultural characters with personal storylines that make it difficult to follow. It’s great to see so many cultures and different types of people, but the show feels unfocused and, to a degree, pointless. Why watch a show with eight separate storylines tied together by a flimsy sci-fi through-line? SENSE8 feels too unfocused with what it spends time on, leading to a weaker show overall. 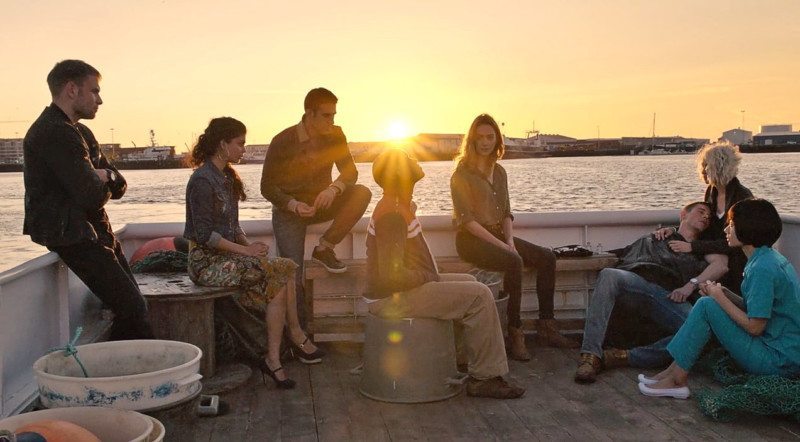 This isn’t to say that the issues explored in SENSE8 are bad. It’s amazing to see a television show with such a diverse cast of characters. However, the show’s dedication to emphasizing such a diverse cast lessens the effectiveness of its storytelling. Rather than let these diverse characters shine in their relationship from the beginning, the show lags by hammering in how “cool” its diverse cast is. These issues are actually pulling the show down, lessening the impact and importance of the broader plot. Exploring the types of issues SENSE8 explores isn’t terrible, and SENSE8 isn’t a terrible show, but the show crippled itself by prioritizing these issues over all else.

READ: What is “misogynoir,” and how is it negatively effecting television? Learn more about the concept here!

Another show that lagged because of its social focus was MASTER OF NONE. Also a Netflix original series, the show follows Dev (Aziz Ansari) and his exploits in New York City. At least, that’s the pitch for the show. The problem is that Dev’s personal life often isn’t the focus. It goes off in several different directions, including a one-off story about the dangers of being a woman in the city. MASTER OF NONE also takes several detours to talk about some of the parents in the show and their experiences as immigrants. These stray episodes choose to focus on characters outside Dev, creating storylines that feel out of place. It’s about random new characters and unrelated issues, with little to no context for the shift, making for an episode that feels like a crossover with a whole other show. It feels like MASTER OF NONE can’t decide what it’s supposed to be about beyond current social issues, making it hard to connect with anything. 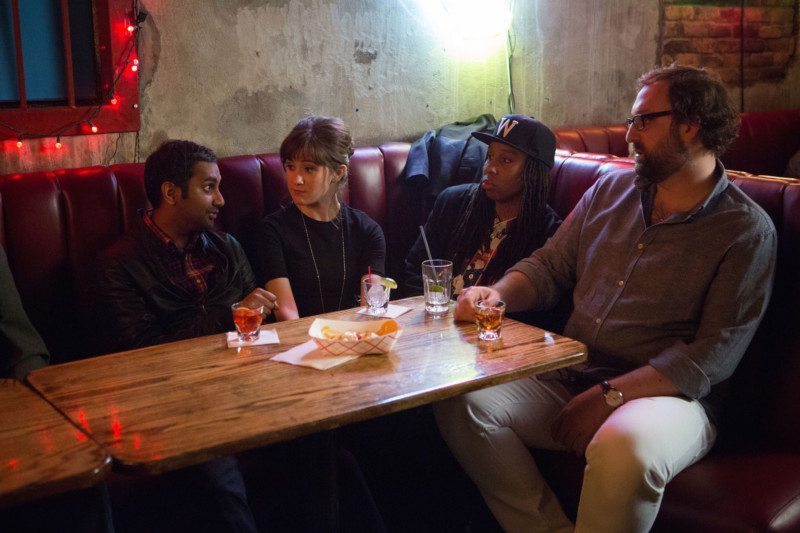 Without any concrete sense of what a show is about besides social issues, it’s not much of a show at all. It’s a collection of good intentions, without providing much else. SENSE8 and MASTER OF NONE have been praised for their attention to non-binary sexuality and modern sexism or racism. However, the way both shows examine the issues weakens the overarching narrative and primary elements of both shows. In many ways, it feels like these shows were created to showcase such issues, with plot and humor added as afterthoughts. Shows like this tend to feel more like Ted Talks. For a television series —dramatic or comedic—plot should always be central. This isn’t to dismiss the importance of the issues, but rather explain why they need to be justified. If the overall narrative becomes unfocused because of tangents around such issues, it feels misguided despite good intentions.

READ: How are rom-com tropes being redefined in television? Check it out here!

It’s so infuriating to see this because there are shows that work these issues in very well. TRANSPARENT is a wonderful Amazon series that effortlessly delves into important issues. It tackles more issues overall than either SENSE8 or MASTER OF NONE, but it handles them better. With Maura coming out as trans, all of the other family members branch out and learn more about their own sexuality. This works because their journeys of self-exploration are the plot. The social issues explored by TRANSPARENT are not merely complementary side plots, but are inseparable from the connecting plot of the entire series. We see characters make informed choices based off Maura’s reveal, like Ali’s increased curiosity into her sexuality or Shelly’s instability with her current status in the family. SENSE8 lets its diversity inform characters in sideplots, but TRANSPARENT does this in its primary narrative. The way these issues are directly related to the story makes them work far better than any other show. 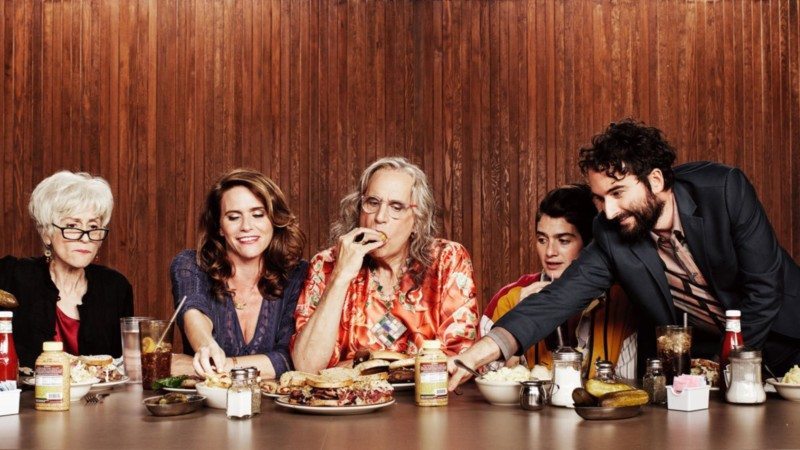 For a television series to have a compelling storyline, the audience must always care about the action. SENSE8 does interesting character studies, with its eight different protagonists, but it makes the overarching plot feel pointless. The attempt to blend the importance of diversity with a complex sci-fi story makes the series feel jumbled. TRANSPARENT, on the other hand, keeps its story focused on a family coping with change. Its exploration into varying forms of sexuality complements the familial squabbles. These stories don’t distract from one another, like SENSE8, but go hand in hand.

Social messages only overpower narrative when they aren’t built up beyond themselves. SENSE8 and MASTER OF NONE were more jarring than anything, putting in sexual/cultural diversity for the sake of having them. They slowed down the plot, making it feel more like a lecture than an adventure. Television is a great platform for exploring issues, but it’s primarily about storytelling. If a creator wants to explore such issues, there should be a clear reason why they should be told in their show specifically. Whether in comedies or drama series, social issues have a place, but they shouldn’t displace the entire program.