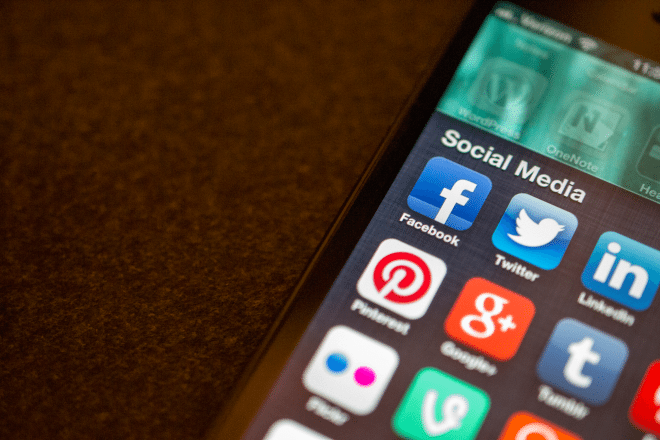 Scroll down anyone’s Facebook feed and I can guarantee that it won’t be long until you stumble upon something political. Whether this is a video about Syrian refugees, a politician’s Facebook page, or a simple status update, you’re bound to come across something political soon enough. In Web 2.0 we are inundated on social media with political cause after political cause. Like an all-you-can-eat-buffet, we are stuffed with more than we need or really want. Occasionally, however, after trying everything on the menu, something stands out. A particular issue will grab our attention, we recognize its importance, and we decide to click that little blue thumbs-up and show our support. “There we go,” we think, “I’m helping out. Political activism? Done.” But what next? Sure, we might even go as far as Sharing what we’ve Liked, or we might argue with people on the internet—since the internet is a great platform for cool, calm, and logical debate—but still, what next?

This is where the political activism stops for many. Far too often, once someone has participated online, the participation stays there. This type of behavior is known as “Slacktivism.” “Slacktivism,” coined by Fred Clark in 1995, first had positive connotations. It referred to small, bottom-up activities carried out predominantly by young people to affect society on a small and personal scale. Nowadays, however, Slacktivism has taken on a different meaning.

Slacktivism now refers to activities that are easily performed and are more effective at making the participant feel good about themselves rather than actually helping the cause they appear to be supporting. Take for example “Earth Hour.” Earth Hour encourages us to simply turn off our lights for one hour a day. Sounds like a good idea right? So, this is every week? To get in to a good routine and prevent wastefulness and slowly enact global change by changing ourselves?

Nope. Earth Hour is once a year. Yes, that’s right. Once a year. And what does the official Earth Hour website tell you to do in the build-up and following the event? Share, share, share, using the hashtags “#earthhour” and “#changeclimatechange.” Don’t get me wrong, the idea behind it is great. I fully support increasing online activism, sharing ideas, changing perspectives and creating a Habermasian utopia of an online public square where we can discuss and mould the most free and progressive society possible through open debate. But let’s be honest, that isn’t happening. We may have shared, shared, shared our political views but has there really been any change because of this?

A recent study, published in the Journal of Sociological Science, examined the “Save the Darfur” page on Facebook. Over a 989-day period the researchers tracked and analyzed the behavior of the over one million members of the group. Out of these one million people, only 3,000 had ever donated money. I don’t deny that 3,000 donations is infinitely better than zero, but the question must be asked: what about the other 997,000 members? The 3,000 donations raised around $90,000 over the three year period. If the other 997,000 members had donated this much then the total would be around $30,000,000! A significant sum of money raised through the power of social media! But this didn’t happen. The researchers came to the conclusion that the page merely conjured the “illusion of activism rather than facilitating the real thing.” This “Symbolic Self-Completion” (not as bad as it sounds, it is safe to Google at work) allows us to present an image of ourselves to others which we want others to believe is the real us. The presentation of this image and the feeling of recognition, for example a comment on your Facebook post, gives us the same satisfaction as actually helping the cause in a more real sense.

This concept of being politically active online just for the recognition of being a politically active individual was tested in another recent study, published in the Journal of Consumer Research. The study found that those who had joined a cause publicly, for example through the joining of a Facebook group, were significantly less willing to stuff envelopes than those who had joined privately. Clear slacktivism. While Facebook may enhance the activity of those who are already politically active, Facebook doesn’t seem able to drag the rest of us away from our screens. As Seth Meyers said, “Look, if you make a Facebook page we will ‘like’ it—it’s the least we can do. But it’s also the most we can do.”

DISCOVER: Should Comics Do Politics?

Although Meyers was making a joke on “Saturday Night Live,” he highlights one of the core problems with online activism. Easy user engagement is a double-edged sword. On one side, Facebook enables us to witness a plethora of information and to become engaged from the comfort of our armchairs. On the other side, easy user engagement also means easy user disengagement. There are close to zero costs of “liking” a page on Facebook. The moment that the page then asks you to participate in a greater sense, even if it’s a donation of one dollar a week, there is a cost for continued participation, but zero cost for not donating or even leaving the page altogether. Facebook enables us to be a part of great causes and gives us the gratification of doing good with just the click of a button, but after that click, and that all-important gratification, it requires even less to do nothing.

Online campaigns such as Kony 2012 and Bring Back Our Girls quickly died out, despite both of these issues still being current affairs. So what is it that has confined these online campaigns to the history books while some have succeeded in inspiring the change from slacktivsm to activism?

Bernie Sanders’ presidential campaign has seen an explosion in online activism. Importantly, this activism has gone further than slacktivism. On the text-based social media platform Reddit, a particular message board, r/SandersForPresident, has become a hub of activity for the grassroots Sanders’ campaign. Users can share anything they want if it’s related to electing Bernie Sanders, from news stories to memes. Significantly, users can also access a wide range of resources that gives them the power to shake the slacktivist label. These resources include links to “Bernie Endorsed Candidates,” “How to Vote,” “Find an Event,” “Bernie’s Stances,” “Volunteer Toolbox,” “International Phonebanking,” “Phonebanking 101,” the list goes on and on and on. There is also a donation tracker. As of May 27, the 250,000 subscribers have raised $2,796,448 from 102,697 donors. Compare this to the Save the Darfur Facebook page and we really start to witness the difference between online activism and slacktivism.

In order to try and understand why r/SandersForPresident was so successful, I created a Reddit account and started a thread asking users to tell me how r/SandersForPresident changed them from slacktivist to activist. Users most commonly cited the clear and achievable goal. Supporters recognized that electing Sanders, though it is a constant uphill battle, was an achievable goal, but only with their support. Unlike Bring Back Our Girls, where there was little that individuals could really do other than show solidarity with the victims and their families, r/SandersForPresident demonstrated that Sanders’ success would rely on the continued support of each individual. Some users spoke of a sense of duty and even a feeling of guilt if they didn’t do more than show Facebook support. Subscribers to r/SandersForPresident recognize that slacktivism isn’t enough to make someone President of the U.S. This sense of duty and feeling of guilt coupled with the resources and targets available to them through Reddit meant that once they had shown their online support, they were able to mobilize en masse because they believed they could achieve their goal.

The old saying, “Actions speak louder than words,” is important to remember. Your Facebook “like” may show your support, but with no further action, don’t be surprised when it doesn’t change the world.