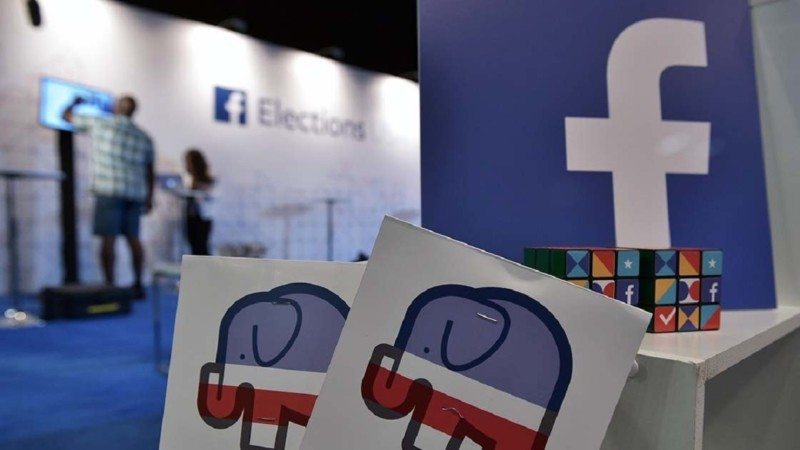 September 20th, 1960: The first televised presidential debate. Politics found itself changed forever. Politicians clamored desperately to take advantage and spread their influence across this new form of media. The primary source of the public’s political views became the television.

November 9th, 2016: Widespread shock spread across North America and every country around the globe. Donald Trump, against all odds and predictions, was elected President of the United States of America.

The World Reacts: All over Social Media

When the election results were announced, the world responded with an uproar. Everyone who was anyone had something to say—and everyone who wasn’t anyone had an opinion anyway. Half of the U.S. protested in confusion and despair. The other half quietly celebrated. But all of them spilled out their heartfelt feelings about the election on social media.

Facebook filled with despairing, heartbroken posts about how the U.S. is doomed, and Hitler 2.0 had risen to power. The Front Page of Reddit was overwhelmed with cheering nonsensical memes proclaiming the next golden age of America. Tumblr prophesied nuclear armageddon, and urged the good people to emigrate to the Utopian Scandinavian countries… You get the idea.

CLICK: Analyzing the villains of the Marvel Cinematic Universe

The Next Generation of Information Dissemination

Social media is the modern day television. It is the primary source of news for many people. Subsequently, it is where they get most of their political information, accuracy and facts be damned.

Think for a minute: When’s the last time you checked social media on your phone? Checked out what your friends are up to on Facebook? Browsed memes on  Twitter, Reddit, or Tumblr? Probably within the last hour. And there’s a fair chance you’ll be checking in every hour until you go to bed. Social media is connected to us at all times of the day, every day. Every human being in the world who owns a smartphone is interacting with social media throughout their day. It’s a level of interaction and exposure that television has never been able to come close to.

Beyond that, people just don’t trust television anymore. Mainstream journalism has proved time and time again to be unreliable and outright wrong over the past decade. The Walter Kronkites were replaced with Brian Williamses, and the Brian Williamses with Jon Stewarts. People are looking elsewhere for their news now and they’ve been finding it on social media.

READ: When should we leave the past in the past? Let’s talk about how nostalgia can be ruined by sexism 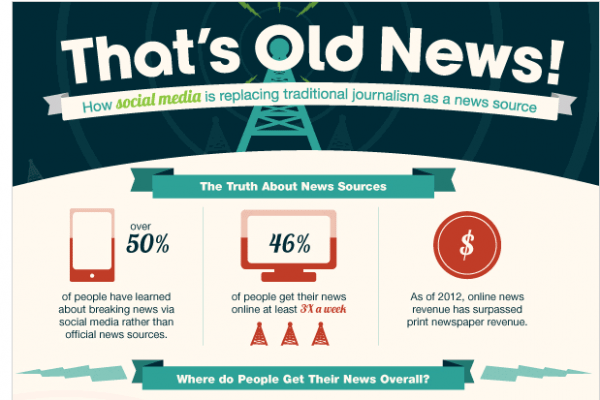 How often did you see political posts and memes this past election season? I saw them every day. I’m still seeing them. In fact, memes and posts on Facebook and Reddit are where most of my news from the election came from. Turns out I’m not alone. Most adults get at least some of their news from social media, if not most of it.

So how did a robot get it right when everyone else got it wrong?

Because the robot had the biggest sample size. All 130 million Americans (yeah, about 40% of eligible voters didn’t bother to vote) who voted were shouting out their stance on the election all over social media.

Social media is by far most encompassing poll that has ever existed. The information is all out there just waiting to be analyzed. But that’s the kicker: only a robot would ever be neutral enough to analyze such a contentious issue and draw an unbiased conclusion. And the results were disconcertingly accurate. Future candidates are going to have to start taking robots a little more seriously, or at least recognize their own failure to take advantage of the changes in the world.

The results of MogIA’s analysis point to another very interesting conclusion. Social media has become the primary avenue for communication and discussion of politics. This isn’t exactly news to anyone who’s sifted through pages of heated debates in the comments section of any major website. And as the primary place for discussion, it stands to reason that social media would be the best place to invest campaigning efforts, right? 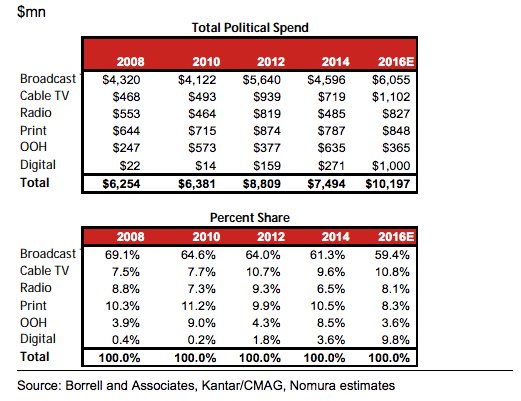 Nope. Political campaigns have, by a landslide, invested the massive majority of their funds into public broadcasting. Social media is the greatest political battleground in history, one that’s ripe for the taking. But going by the numbers, neither political party has realized it yet. Campaigns are pouring all of their resources into winning the battle for a small hill, while the real war is being fought over a mountain miles away.

The Influence of Memes

READ: The Internet is powerful outside of politics, too. Check out what to do when the Internet goes bad.

It is difficult to discuss the influence of social media without discussing memes. Memes exploit psychology in a fascinating, dangerous, and probably unintended way. They are hands down the most unique form of communication over social media. Catchy slogans and pictures go viral across Facebook feeds, hashtags explode across Twitter, and rampant discussions and debates follow them. Reddit and 4Chan churn out a production line of misinformation in the form of info-graphics and biased half-truths. 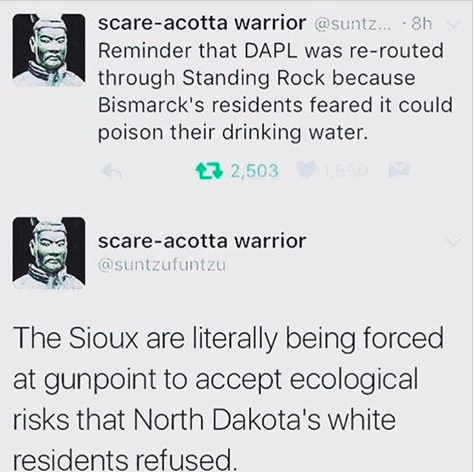 Is this meme true? Yes. But it says nothing about the Army Corp of Engineers spending two years attempting to open dialogue with the tribe about the pipeline. The Sioux in question had two years to take action against the pipeline’s approval. They didn’t. Does that make the construction of the pipeline and potential consequential damages to historical sites and water supplies ethical? Most people would agree that it does not. But the issue is not as black and white as this meme would make it out to be.

This meme is heavily biased and is designed to evoke emotions of sympathy in the viewer. It is designed to support a particular agenda and a particular set of beliefs. It is, almost by definition, propaganda. This meme takes a very complex issue and summarizes it in two sentences. A lot of information gets lost. Our information feeds are filled with similar memes. Chances are, you’ve shared similar memes because you empathized with them, or they made you laugh approvingly.

With hundreds of politically charged memes flowing through our feed, we are inevitably influenced by them. They help us shape our views, and we often find ourselves quoting a particularly memorable one when we’re trying to get a point across. Memes are the medium through which social media entertains us and delivers us information. They are a very powerful tool for spreading information and awareness. And that’s where the line should be drawn. Any further interest in an issue should be developed through fair, relatively unbiased research, not browsing more memes.

CLICK: Get up-to-date on the North Dakota Pipeline controversy

The problem with memes is when they become the primary source of news and “facts,” particularly politically charged news. Memes are a tiny look at a massive picture through rose-colored glass. Social media as a whole has a tendency to look at issues through rose colored glass. This is a problem exasperated by how infuriatingly easy it is to mute any voice of dissent in a personal community. You can literally press a button to hide any viewpoint that doesn’t align with your own. This is a dangerous, and an irresponsible use of power. It is incredibly easy just to unfriend the person who makes conservative posts on Facebook, or unfollow anyone whose tweets make you uncomfortable.

We have the ability to edit and tailor our news feeds to only show us media that we like. The result is a big old circle-jerk of propaganda and a hivemind mentality. Closed communities circulate memes and information that align with their point of view. They refuse to spread information that doesn’t agree with their view of the world. Hell, they never see those viewpoints in the first place. It’s the great danger of selective social media— narrow-minded people can just unfriend or unfollow anyone whose posts they don’t like. The Onion published a rather poignant report on the subject. 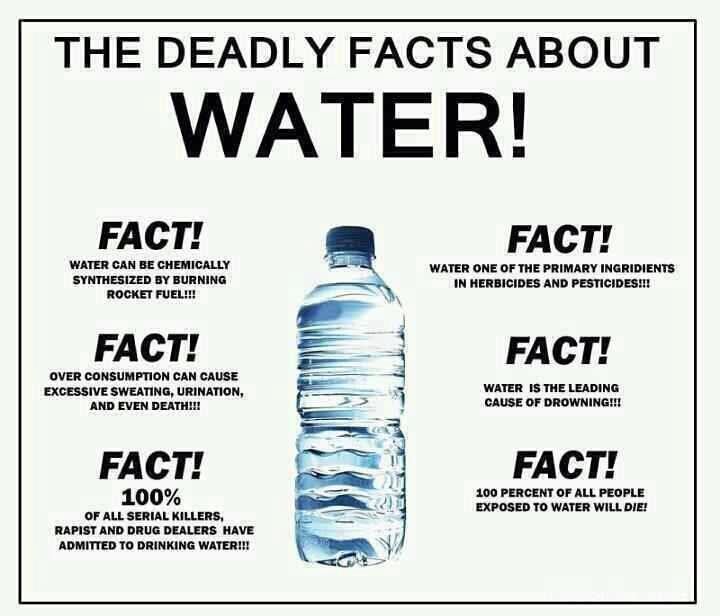 The fact of the matter is that most of the posts that circulate on Facebook, Twitter, and Reddit are backed by very shaky and biased evidence—if they’re backed by evidence at all. Memes aren’t great about citing their sources. All those memes and infographics that stream through social feeds are usually wildly inaccurate (remember that second image about where people get their news? There is no evidence to back up that claim). Using them as a foundation for an opinion or stance on a controversial issue is foolhardy.

It is essential that memes be taken for nothing more than what they are in context: entertaining forms of media that can be used to raise awareness of political issues. The moment they become more than that is a dangerous tipping point for the public’s critical thinking skills. That moment presents a significant danger to an individual’s capacity and willingness to re-evaluate their position on a contentious subject. The moment that journalistic integrity takes a sideline to emotionally charged opinionated rants is the moment that we lose ourselves as independent, free-thinking individuals.

READ: Can protesting really change anything?

Final Commentary on the 2016 Election 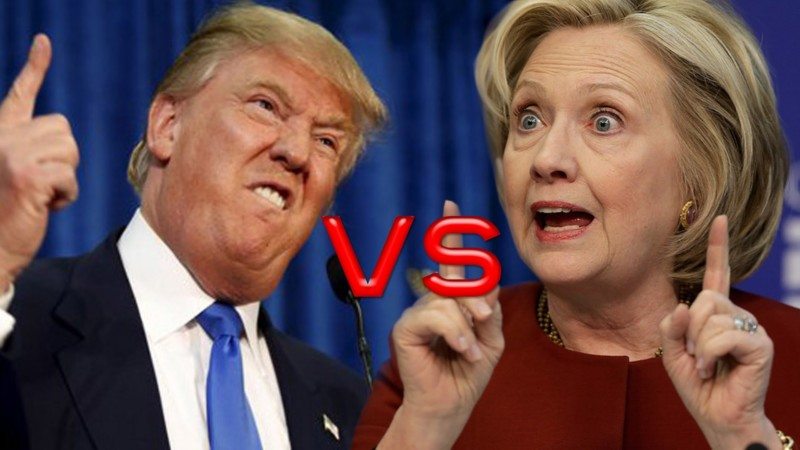 There was a distinct polarization in attitudes of Trump and Clinton supporters on social media. Trump supporters were high-energy enthusiasts, proclaiming that Trump will make America great again. Clinton enthusiasts were resigned. A large, vocal portion of Clinton’s supporters were very clear that they were voting for her because “we didn’t get Sanders, but at least she’s not Trump.”

I believe that’s why Clinton lost the battle over social media. Her supporters just did not have the enthusiasm or the passion that the opposition did. More than that, she wasn’t just battling Trump, she was fighting supporters of Sanders as well. And that’s a battle she already lost once. Clinton’s campaign couldn’t match the wild passion of Trump’s social media presence. It didn’t matter that he made openly racist and sexist remarks, or that his policies were shaky at best. Passion and the burning desire for someone, anyone, who wasn’t another corrupt politician decided the results in the end.

In the future, we can expect to see a growing campaign presence in our social media feeds. There’s no telling what the future of politics holds, or how it will change our interaction with friends and followers. But the two will grow inextricably entwined. This is, in itself, a sobering and frightening thought. Because while social media is the most influential battleground, it is also the least accurate. It is the least reliable. Opinions on social media are based not on facts or policies, but on memes, passions, rose-colored lenses, and loud voices. The day that social media decides the results of an election will be a precarious day for the future of our country.