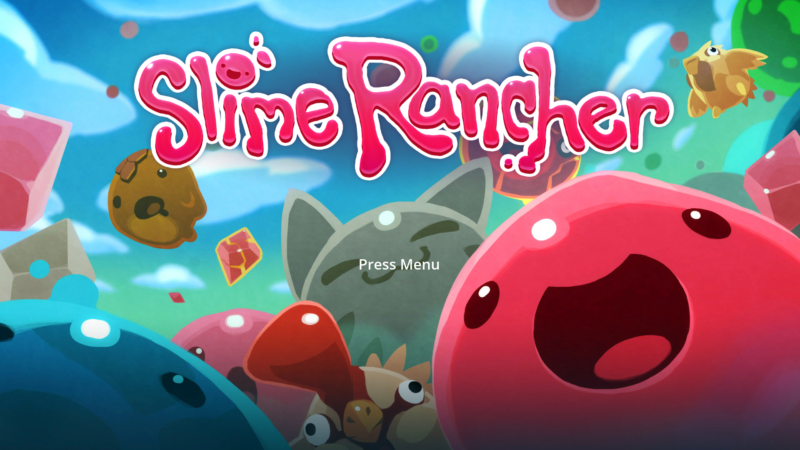 What Is SLIME RANCHER?

SLIME RANCHER is definitely one of the cutest indie games out there. It is an open world, first person, life simulation game made by Monomi Park. Monomi Park released the game on Steam Early Access on January 14, 2016. The game can be played on PC, Mac, Linux, and Xbox. Currently, the game is still in its Early Action phase; this means that the game will be updated at regular intervals. However, SLIME RANCHER doesn’t feel incomplete in any way!

The game is overwhelmingly popular. It had already sold 200,000 copies by April 2016 at the full price! Plus, the reviews on Steam are consistently “very” to “overwhelmingly” positive. What’s all the fuss about? Life simulation games are generally popular, but what sets SLIME RANCHER apart from the crowd? Part of it is probably the game’s adorable, bouncy design and atmosphere, but there is so much more. Let’s get into all the core details right away!

In this game, the player controls the character Beatrix LeBeau. Beatrix is a young rancher who traveled a thousand light years from Earth to the Far, Far Range to start her own slime ranching business. Being alone at the edge of the universe is tough, but with a multi-purpose “vacpack” and some enthusiasm, anyone can make it big!

The “vacpack” is the most important tool in the game. With it, players are able to capture slimes, collect resources, and shoot enemies. At the start, its capabilities are relatively limited. The vacpack also has a flashlight and radar. Before upgrades, it can hold four different items that stack up to 20 pieces. By navigating the game successfully, players can eventually upgrade the vacpack to stack more items. Players also can obtain a jetpack, which will help when it comes to exploring the Far, Far Range. Other various upgrades include being able to increase health, energy, or equipment efficiency.

So, how do you upgrade your items? By ranching, of course! The player starts the game on their ranch. There are eight plots of land on the main ranch that can be made into corrals, gardens, coops, ponds, silos, or incinerators. Corrals are for holding slimes, gardens are for growing food, coops are for raising chickens (as food), ponds are used for a special kind of slime, silos are for storing items, and incinerators are for discarding items.

The player can keep slimes on the ranch and feed them so they produce “plorts.” Those plorts can be sold at the plort stock market. There is a multitude of slimes and just as many plorts. So, the prices of each type vary day to day and are affected by how many plorts you sell in the market. Part of the excitement of ranching is playing the market! For example, if the player oversaturates the market with pink plorts, the value of those plorts decreases the next day. However, there are other non-playable ranchers that participate in the market, too. As a result, the market will fluctuate on its own slightly.

I Can’t Hold All These Slimes!

This is what most players came for: the slimes! First of all, the slime designs are heart-wrenchingly adorable. Their facial expressions are so endearing and downright hilarious at times. The best part of SLIME RANCHER is not just the cute slimes, though. The best part is how many different kinds there are and being able to crossbreed them. For now, there are 13 different breeds of slimes, but you can only keep 11 of those types on your farm. Don’t worry, there are likely more to come!

READ: Enjoy life simulation games? Check out what makes them so addicting

For now, let’s talk about what kind of slimes there are. Small slimes can be sucked up by the vacpack and transported anywhere. Each breed can have a favorite food and certain dietary restrictions. Also, certain slimes can only be found in certain locations or at certain times of the day. For example, phosphor slimes can only be found at night and “die” when exposed to sunlight. Here are a couple examples of slimes you can find in the game:

Another common slime is the rock slime! The rock slime is not as common as the pink slime, but just as easily found. They only eat veggies and their favorite food is “heart beats.” Rock slimes can actually harm the player because of their spiky backs. If the player isn’t careful when collecting rock plorts, they can get pretty hurt!

There are many other small slimes, some of which can only be found in restricted areas. It’s incredibly exciting to encounter the variety of slimes you might come across in the game. Not only does finding new ones open up new financial prospects, it opens up new breeding prospects, too. So, this article won’t show every type of slime there is, but look forward to discovering what “boom slimes” and “quantum slimes” look like if you do choose to play the game!

Here comes the fun part about slimes. If the player feeds a plort to a small slime, that small slime will become a “largo slime.” Largo slimes cannot be sucked up by the vacpack, but they can be carried by it. While it is possible to make a larger version of the same breed (feeding a pink plort to a small pink slime will make it a largo pink slime), the best way to take advantage of largos is cross-breeding.

As I mentioned before, it is possible to put two different species of slimes together and create a mix. Largo slimes that are made of two different breeds will produce one plort of each type. For example, a pink rock largo slime will produce both a pink plort and a rock plort when fed. Even better, a pink rock largo can eat anything because a pink slime can eat anything.

Cross-breeding has a variety of aesthetic and functional uses. Ranchers can have fun trying out all the different combinations of slimes and seeing what looks best to them, or even what can produce the best selling plort combinations. The more you have of expensive largo slimes, like a crystal quantum slime, the more money you can make!

There’s Adventure Out There

The map of the Far, Far Range is delightfully varied, providing many visually appealing and different areas to search for new slimes and resources. This is the second best aspect of SLIME RANCHER next to the slimes themselves! The player needs to explore the various parts of the wilderness to find slimes that produce higher priced plorts which can be a dangerous business!

No Map? No Problem!

There is no in-game map that the player can reference while exploring the world. This can be frustrating since it can take a long time to find your way back home. If you have slimes to feed at the ranch, you can waste a lot of time navigating. The slimes won’t die, but they will get antsy and jump out of their corrals to get at your food plots. Still, this adds a level of realism to the game. Beatrix has begun her life anew here, taming the wild and wrangling slimes. She has the technology to help her, but at the end of the day, she needs to take the land into her own hands. For the player, it’s not difficult to memorize where certain slimes are or how to get to certain places. When the player does memorize the area, it draws them into the world even further.

Just Blast Your Way Through!

So, how do you unlock these areas? Well, you find the “gordo” slimes. Gordo slimes are even larger than largo slimes, and there are only a select few of them hidden across the map. When you find one, you have to feed it until it explodes! Once it does, you receive a “slime key” that you can use to unlock certain doors around the world, leading to the different parts of the wilderness.

Unfortunately, the Ancient Ruins cannot be unlocked by slime key alone. The player must figure out the trick to unlocking the door. A quick look around the area might hint at what needs to be done!

Here’s where the “dying” in “dying of cute” comes in. As I said before, certain slimes can hurt you passively. Rock slimes and crystal slimes can get you with their spikes. Other slimes, like radiation slimes, can also harm you if you get too close. However, certain slimes will actually try to attack at times. In certain parts of the world, an area will be marked by a sign with a skull and crossbones. The slimes in that area are “feral” slimes. They can be pacified if you feed them, however, it is easy to be overwhelmed by a swarm!

The other danger of the world can happen anywhere—on your home ranch or out in the wilds. That danger is the “tarr.” Tarrs are a cross-breed experiment gone bad. Remember that cross-breeding can only happen between two slimes. If a largo slime is fed another plort from a slime it is not made up of, it will transform into a tarr and rampage. For example, if you feed a pink rock largo a quantum plort, it will become a tarr.

Tarrs will kill other slimes, latching onto them and devouring them. Tarrs will also attack the player. The player can defeat the tarrs by carrying them and tossing them into the Slime Sea, or by shooting them with water with the vacpack. However, if a tarr is produced on the ranch, you might have to begin your slime breeding all over again, so watch out!

LOOK: Does choice matter in games? Read about why it’s not so bad to have the illusion of choice!

If anything is lacking in SLIME RANCHER it’s the story elements. The game is set up so that the player is not some anonymous rancher. The game isn’t like ANIMAL CROSSING where the player can customize their own story. Beatrix LeBeau was made for a reason, so why don’t we know anything about her? Upcoming updates promise more of Beatrix’s backstory in the form of letters. There will be more incentive to actually spend time at your house rather than just out exploring all the time.

In update 0.5.1 players will get to see journals that the previous rancher left behind as well as letters between Beatrix and someone from Earth. Even though players might be largely satisfied with the game as a whole without getting to know Beatrix, the creators hope that this update will give the character more depth, creating a more immersive gameplay feel.

Get Ready, Get Set, GO SLIME!

The next update promises even more features, such as a fifth wilderness area called The Docks, visual upgrades, and gadgets to catch gordo slime! SLIME RANCHER is an amazing game because of its ability to comprehensively immerse the player in its constructed world. In short, the cute, bubbly slimes draw the player in while the great variety of activities gives the player more to do. Even the little things, like the ability to get hurt, having to navigate without a map, or Beatrix’s letters, keep the player interested for the future of SLIME RANCHER.