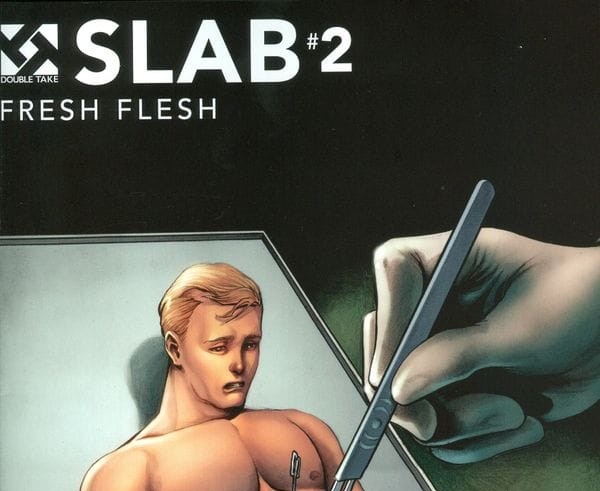 The world is still coping with the parasitic zombie outbreak in Pennsylvania. Ignoring it all, a young woman named Carol decides to party while the world continues to dive into chaos. Confronted by her sister Jane, the two are forced to figure out how to survive the zombie apocalypse. Meanwhile, scientists are slowly trying to find a way to make a serum to immunize people from the parasite.

READ: If you’ve ever wondered if we could become the Hunters in THE WALKING DEAD, check out our analysis to find out!

SLAB #2 is a slow comic. Very little is revealed, and the story doesn’t move forward very much from SLAB #1. The first issue ends with Jane confronting Carol at the party. Issue #2 takes about half of the issue to get back to this same point. The story spends the beginning focusing on Carol thinking about a time she stood up to a mean cat. This could have been a nice addition to the story to show how that shaped her into the person she is today, but as soon as her sister arrives, the story moves away from the two sisters completely. 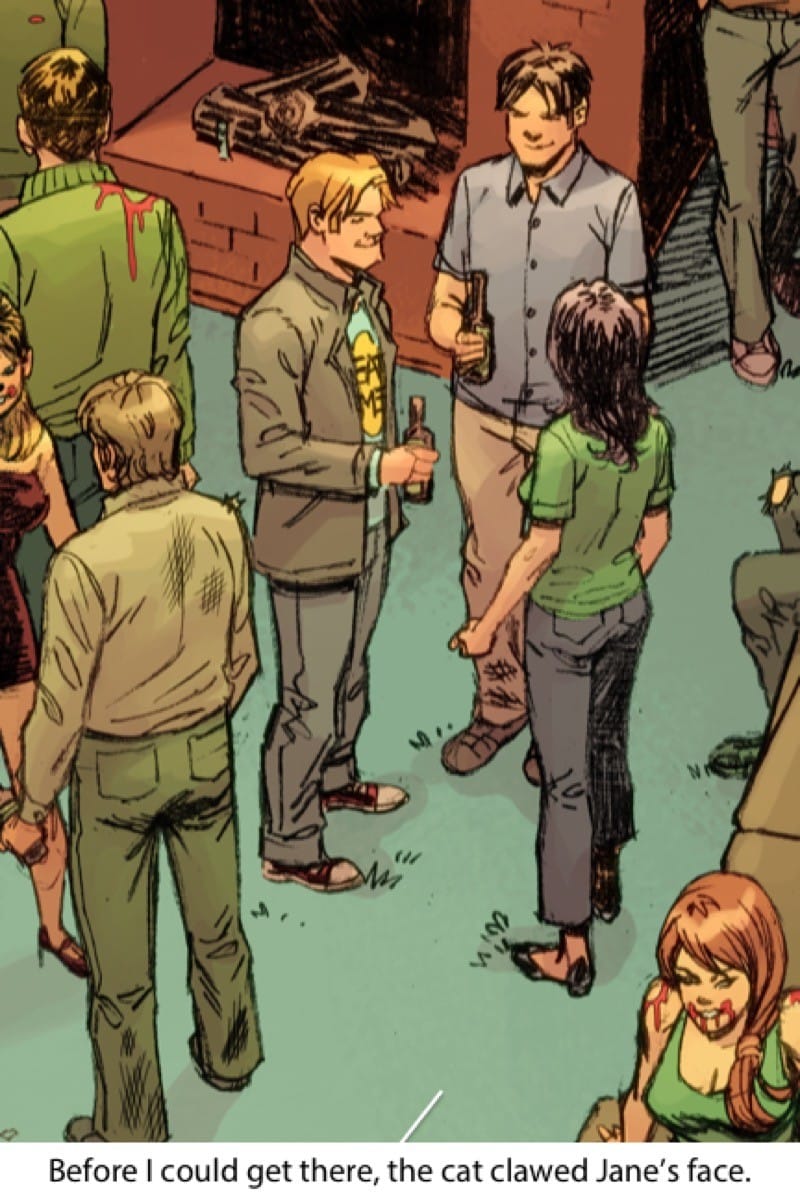 The second part of the narrative focuses on a news report describing how the outbreak is being handled. While it is interesting to see how scientists are working to discover a cure, this section drags a bit too long. What could have been a quick cutaway to establish how dire the situation has become instead turns into an over-explanation of the science behind the zombies. It almost takes a bit of the mystery and terror out of the monsters when they explain that they are just as likely to happily eat a sandwich as they are human flesh. The backstory of the parasite is interesting, but it could have been shortened to create more room to grow Carol and Jane as characters.

READ: To read more great zombie tales, check out our review of THE WALKING DEAD #150!

The artwork in SLAB is fairly consistent throughout. The physical features of the characters look good, but the facial features are sometimes hit-or-miss. Close-ups look really strong, but the further the camera pulls away, the more distorted the faces become. The letter boxes also need to be mentioned. When reading digitally, they are either on the very top or bottom of each page. This at times causes the balloon tail to be extremely far away from the person who’s talking. If the coloring of the page is too light, the tail can actually be lost and hard to find. The square text boxes and font also are plain and hurt the overall look of the comic. 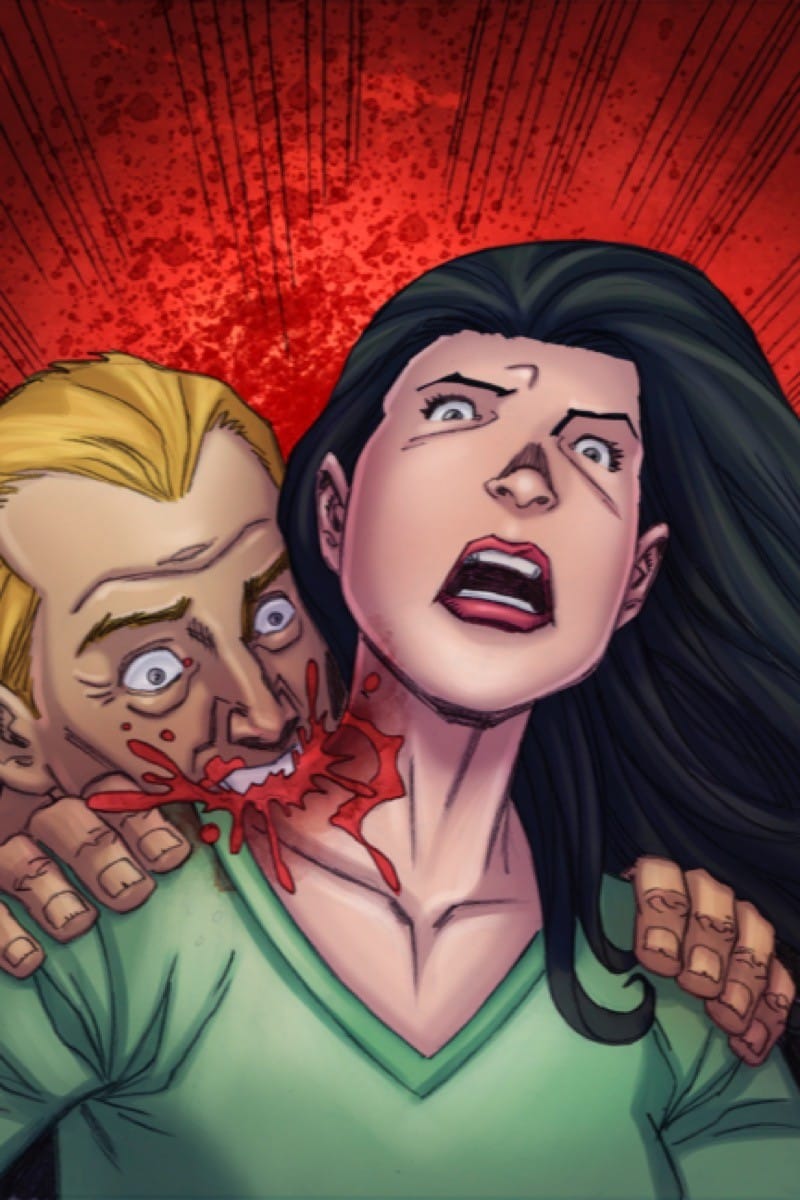 SLAB #2 doesn’t do enough to move the larger DOUBLE TAKE universe forward. There is very little character progression. Aside from some new insight into the attempt at a zombie cure, very little happens. The artwork is decent, but the lettering does take away from the overall product. In the end, the story doesn’t do enough to move forward the Double Take universe or the characters involved in the SLAB storyline. The idea is interesting, but the execution does fall a bit flat.