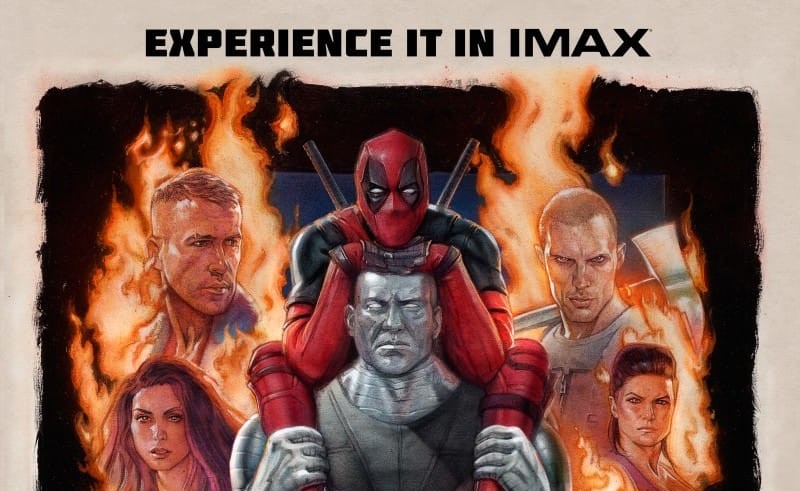 Prior to the release of the highly anticipated DEADPOOL feature, I had a chance to sit down with longtime motion capture artist Greg LaSalle, who provided the mo-cap for Colossus’s face in the film. Over the course of our chat, we had the chance to discuss LaSalle’s entrance into the field, the Oscars, fandom, and much more.

So Greg, as we get started here, could you give our readers a short definition of what motion capture is and what exactly you do?  Just in case, some of our readers aren’t familiar.

LaSalle: Sure. Motion capture, in general, is the idea of putting reflective markers on a suit, on the body, and it indicates where the skeleton would be as they run around the stage. Facial motion capture has progressed from putting little dots on a person’s face so you get 200-250 little data points so you know when the mouth is opening, certain things are happening, to this new system MOVA, which actually creates a high-resolution scan-per-frame of the film that’s tracking about 7000 data points. So you get all the subtlety of the performance, wrinkles, every single thing that’s going on in the face. And then about two years ago, Digital Domain in Los Angeles developed technology to transfer that performance mathematically on a character that doesn’t look like animation. Colossus is the first character to use this technology called Direct Drive to play a hero character in a film. So what it does is it takes all that subtlety and nuance, like I said the wrinkles and stuff, and transfers it to that final character mathematically, so it’s very little animator intervention. You actually see all the subtlety coming through in Colossus.

How did you become involved in mo-cap?

LaSalle: Well, about 15 years ago I moved to Northern California, and a friend of mine had a motion capture system. I taught myself how to use it, and then we started using it for a few things. As the technology progressed, then it turned into capturing the face with these little dots. He decided he wanted to develop new technology because the face doesn’t move like a skeleton. It has so many other things that shape it. So we developed this MOVA system, and I was part of the development team that invented it. Moved it to Los Angeles a few years ago, partnered with Digital Domain and developed the second half of the technology. That’s how I got started. 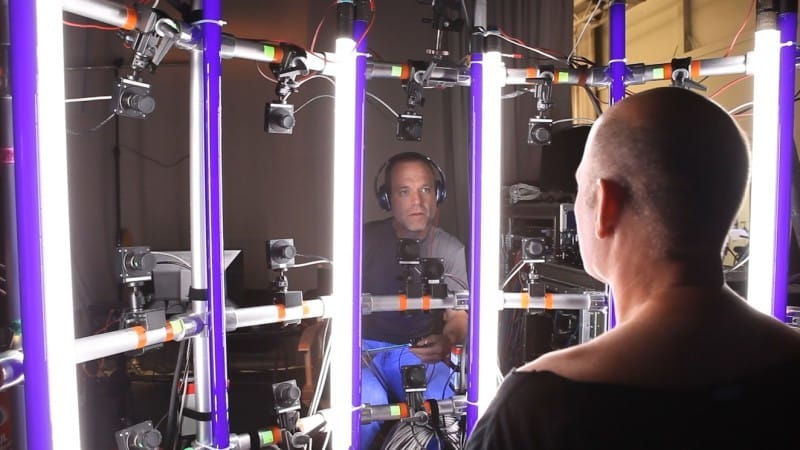 Speaking specifically of DEADPOOL, as you said Colossus is the first hero character in a film to use this technology exclusively, correct?

Being a facial MOCAP artist, do you imbibe that characterization with your own personality, heavy direction, or is it more based on the dialogue that was already recorded by the voiceover artist?

LaSalle: It’s actually a mix of mine and (director) Tim Miller’s vision. With the voice, they send me the audio as WAV files or QuickTimes so that I could rehearse the timing but none of the performance, because the performance needs to be based on what’s going on in the scene and we didn’t have that at that point. So I would get that down so that I could face-sync to the audio without thinking of the performance. Working with Tim Miller, we had the live action plates and he would explain what’s going on in a scene: what Colossus is feeling, is he frustrated, is he angry, whatever it happens to be, and then we’d start rolling and we’d start to bring those things into the performance while maintaining face-sync with the audio. Different kind of challenge than typical animation.

READ: Here’s our take on the debate over what DEADPOOL should be rated.

I’m sure many of our readers would be curious; did you have any familiarity with the character of Colossus before you worked on DEADPOOL?

LaSalle: No, I didn’t. And what I did was as soon as I found out I was going to play Colossus, I didn’t read the comics. I researched his history to learn about where he comes from, what made him on the human side the man that he is. And then when we did the filming, everything else I got from Tim. So the idea was let’s make him be as accurate as possible on the human level and then translate that into the performance. 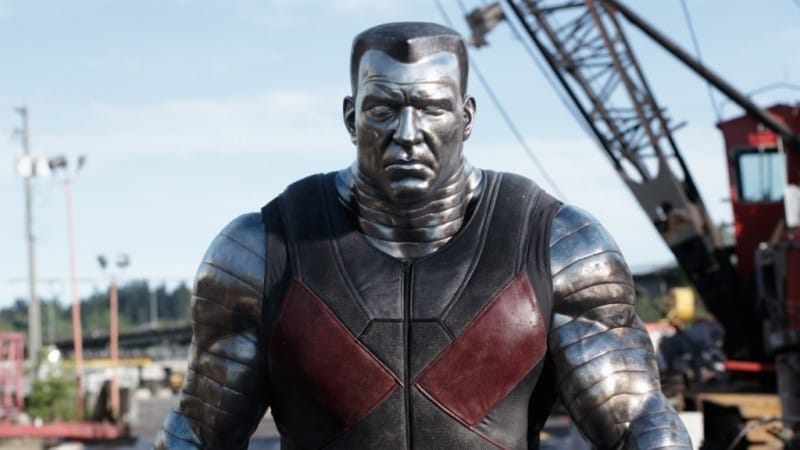 It’s been confirmed that we won’t be seeing Colossus’s flesh and blood “human” form in DEADPOOL, just his armored mutant form. Did that make it easier for the three of you to humanize his mutant form?

LaSalle: It makes it easier in the sense that you only have to play one version of the character, and I think it’s the most important part of the character anyway. Having him stay in metallic form was a choice of Tim Miller’s because you only see Colossus in the film when Wade is Deadpool, so maintaining that is really nice. As an actor, I’m not sure if there’d be different challenges either way. It would be more difficult to have a human form if the voice was coming from one source and the face from another, but it wasn’t really an issue at all in this film.

Beyond DEADPOOL, anyone that looks at your IMDB page will see HARRY POTTER, THE AVENGERS, GUARDIANS OF THE GALAXY. I know you said you weren’t familiar with the character of Colossus, but all of these films are very “geek culturally” relevant for lack of a better term.

LaSalle: (Laughs) I prefer calling them people with more imagination.

READ: Need to know what DEADPOOL comics to check out before the movie? Check out our list here.

I like that. So did you have any kind of familiarity with either other comics or fantasy as a kid?

LaSalle: No, actually I wasn’t. I played the piano, so I grew up more playing the piano instead of immersed in comics.

Does that give you an outside perspective, perhaps if you’ve encountered the various fandoms of the projects you’ve worked on?

LaSalle: Yes over the last few weeks I  have, and what I love about it is how much they love these characters, especially Colossus. When I started researching and getting into the idea behind playing the character, it was like “Where does this character come from and how well known is he?” In the last few weeks I’ve learned, there are people who just love him because he has this incredible human side, and it’s a fun thing to play. I’m totally enthralled by the amount of love for the character. 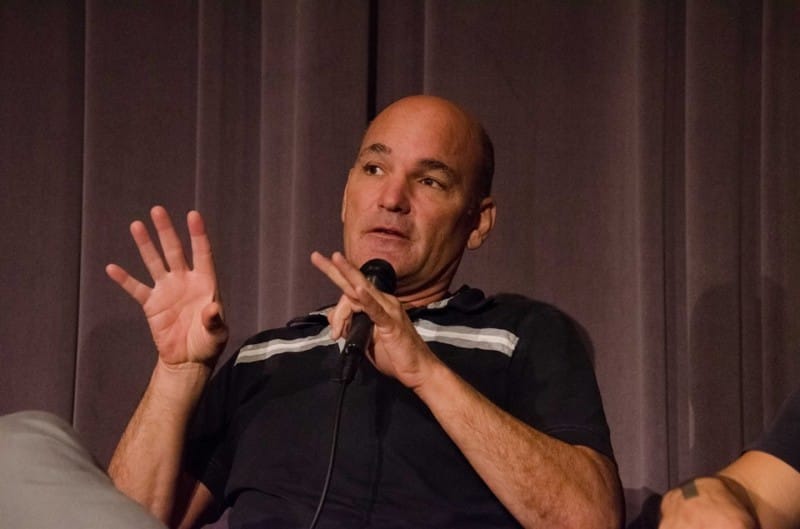 Looking at your larger career, I know that you were part of a team that received an honorary Academy Award  last year. Obviously that’s a huge honor, but was it more so to get it for the work you were doing, and for something that will probably be used in some form as long as there is cinema?

LaSalle: That’s the part that makes it so exciting. For the award, as they explain, they go through a two-month interview process because the Academy wants to make sure that nothing came before this technology because they’re awarding the very first time it existed. They say the award is given for technology that’s had a significant impact on the motion picture industry, and when I heard it in those terms, I was like, “Wow.” To be able to be in the right place at the right time with the right people and help invent this thing that has been used in so many films and had such an impact. It’s a pretty strong feeling to know I was lucky enough to be part of that. It’s not just given for one film; it’s for the impact it’s had and will continue to have on many films, and even inspiring other companies to develop similar technologies.

To wrap it, if you have one message for Colossus and X-Men fans about what playing Colossus and being in this DEADPOOL film means to you, what would it be?

LaSalle: Well, I think having the opportunity to learn about who Colossus was, and is, and where he could go has been really exciting. I was never into fantasy type material before, but now to discover what Colossus is really like on human terms, now I’m starting to get into this stuff and how intricate all this stuff is. It’s not just some made-up character who’s really strong and made of chrome. That just happens to be a byproduct of the mutation during puberty. There’s this whole multi-layered character there, which is something Tim was very adamant in bringing out with all the characters, even Wade Wilson/Deadpool. Those things are all in there, and made it so much fun to learn about, and I want to continue to learn about it.

Thank you so much for your time.

LaSalle: Thank you too. Very nice to meet you.

Once again I’d like to thank Greg LaSalle for taking the time to talk with us here at Comicsverse. So readers, do you any opinions on LaSalle’s facial MOCAP performance as Colossus? Let us know in the comments below, in our forum, or on any of our social media channels.