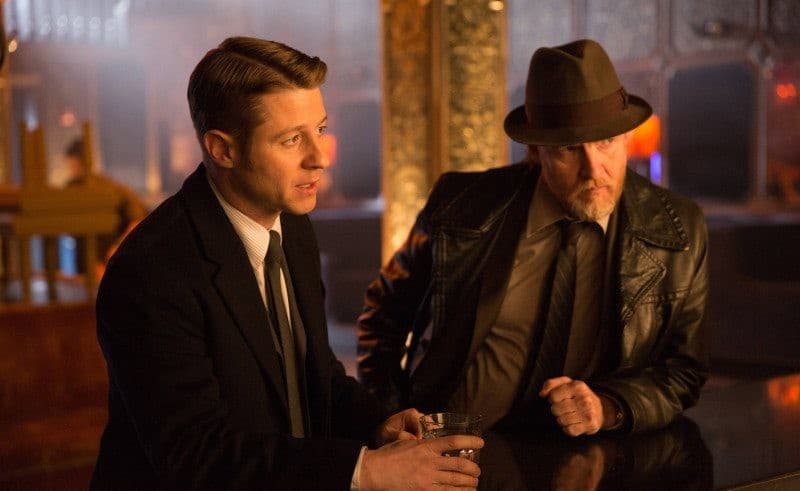 Gotham ventured into Cold Case territory in last night’s curiously titled “Beasts of Prey”. The episode packs a disturbing punch, thanks to a well done performance from Benjamin Mckenzie. Though his Gordon starts out calm and collected, by the end of the episode, his character is frothing at the mouth in his desire to put this serial killer away. It’s a terrifically paced performance that presents Gordon at his most compelling since “Penguin’s Umbrella”.

The whole mess starts when Gordon is asked to look at a cold case by a little-too-earnest officer. Thanks to a tip from his girlfriend Leslie Thompkins, he checks out a sleazy speakeasy that just happens to be frequented by his prime suspect. Soon, he’s chasing after flashbacks of an obsessive serial killer known only as The Ogre (Heroes’ Milo Ventimiglia, having a ball playing against type). This killer has an M.O. more in line with a Criminal Minds psycho than a D.C. supervillain: The Ogre sets his sights on an unlucky girl, then invites her into his home, forcing her to stay forever and be his perfect wife. Needless to say, this doesn’t go over too well and ends inevitably with the creepy killer hauling her into his love/torture dungeon. Think Hostel meets 50 Shades of Grey. It paints a formidable foe for Gordon to tangle with, while leaving enough mystery to keep the audience wanting more.  The way the two characters foil each other reminds me of James Gordon Jr.’s relationship with Dick Grayson’s Batman in “Black Mirror”. 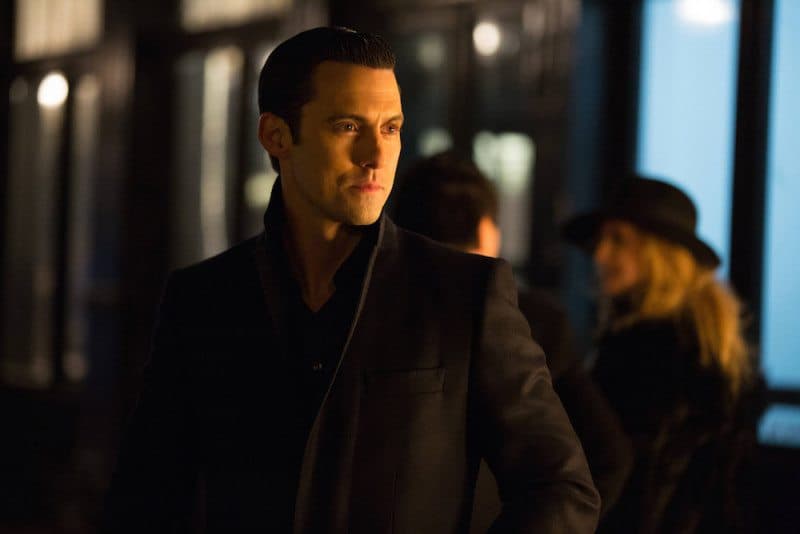 On the criminal underworld side of things, Penguin tries to acquire an Italian lady’s bar by playing anti-Cupid for her daughter. There are a few pleasant turns from Robin Taylor Lord as he commands his henchman to cut off his unfortunate prisoner’s fingers with all the concern of a man ordering a cheeseburger. It’s a fun side plot that exists only to pleasantly pad out the episode while reminding the audience of Cobblepot’s master plan to take out Moroni.

Faring less well is Fish Mooney’s plan. After stealing keys to the gate and boat, Mooney is caught by Dollmaker. She convinces him that she was only trying to steal a knife so she could kill herself, preventing the fate of being one of Dollmaker’s experiments. Later, she somehow manages to spring herself out of jail, thanks to a convenient knowledge of helicopters. It’s a plan the writers might see as brilliant, but succeeds only because five thugs are too idiotic to realize when they’re being used as bait. To show there’s some justice in the world, Fish’s escape leaves her with a nasty bullet wound as she exits the episode fighting to keep control of her helicopter. All this idiocy would be passingly entertaining if there were any reason to be invested in the most frustrating character on the show. Jada Pinkett-Smith is reportedly leaving the show after this season, which will hopefully be the end of Fish’s subplot dragging down fine episodes like this one. The question on my mind is: will the character be killed off, or will Dollmaker succeed in a radical plastic surgery that results in a recasting? 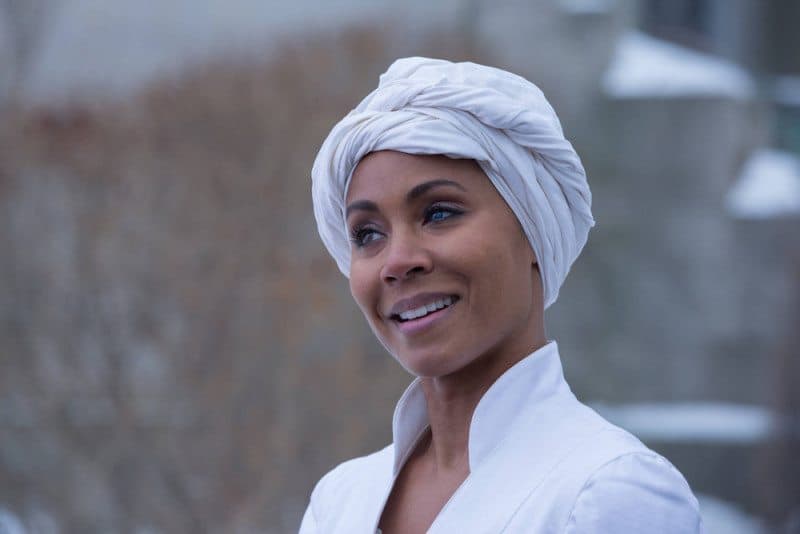 Meanwhile, young Bruce Wayne takes it upon himself to track down Reggie and find out what he knows. After apparently walking from his mansion to a gun range, he runs into Selina Kyle, who leads Bruce right to Reggie. Confronted with Alfred’s assailant, the future Dark Knight performs his first ever interrogation. It’s not the most intimidating questioning (in fact, it’s pretty repetitious), but it’s neat to see flashes of the Bat come through in the actions of the boy. After acquiring the needed information, Bruce grapples with the chance to push Reggie out of the window and to his death. It’s another big step in Bruce’s development, but such an important moment deserves better staging than a little boy holding his hands inches away from a man’s ass. For a split second, I thought Bruce’s revenge was to give ol’ Reggie a mean wedgie. Nevertheless, Bruce follows his eventual one rule, while Selina demonstrates the differences between the Cat and the Bat, as she relishes in the chance to murder someone she barely knows. It’s a disappointing end to Reggie, who could have been a great character to keep around and bring out Alfred’s past. Let’s hope something broke his fall.

Next week kicks off the final three episodes of the year. With Ventimiglia going toe to toe with a top-of-his-game Mackenzie, we could be ending this mixed bag of a season with one killer finale. Check back next week to find out!

For other reviews, including weekly video reviews, click here!
Click here for more about Batman!
Missed something? Our reviews of the early episodes can be found here!
For more from Max, click here!