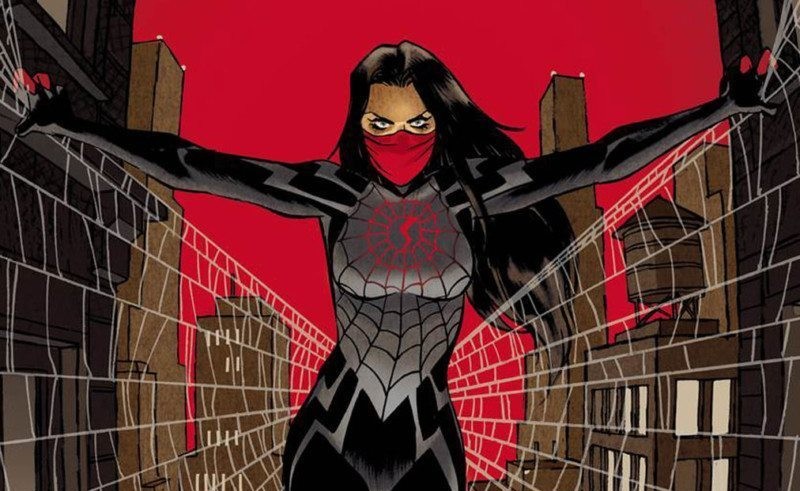 When Cindy Moon aka Silk was introduced to the Marvel-616 universe during ORIGINAL SIN, she became the latest addition to the Spider-Man mythos. Having been bitten by the same radioactive spider as Peter Parker, Silk was a character bursting with potential, even if it was clear her rather quick introduction was necessary to set the stage for SPIDER-VERSE. However, the shift to a solo series gave some much-needed depth to Silk’s characterization, with the arcs she experienced feeling like a dark and twisted reimagining of Spider-Man’s origin story. The journey of Silk depicts a woman who constantly feels like an outsider, having given up a personal life to hide from and control her newfound powers and abilities.

Unlike Peter Parker, who was able to master his spider-powers early on before dedicating his life to being a hero, Cindy was unable to control her abilities once they manifested. As a result, she grew fearful of these powers, and thus was more susceptible when Ezekiel Sims came to her many years later, with the offer to train and protect her from harm. More specifically, Sims was protecting her from the vampiric Morlun, a being that fed off of the life energy those who possessed the powers of animal totems, including that of spiders. This decision to isolate herself is the first major difference between Cindy Moon and Peter Parker’s origins; their stories start with the same spider but their paths lead them further apart. Peter was forced to grow up with his powers, his development as Spider-Man reflecting his development into adulthood. Cindy, however, never had the chance to learn how she could use her powers until much later, with the fear of Morlun prompting her to give up everything in the name of protection. Therefore, despite being in her late twenties when released from her bunker, Cindy is very much a child still learning what it means to be a hero.

The outcome of Cindy’s decision is definitely noticeable from her interactions with Spider-Man once she is freed from her isolated lifestyle. Cindy/Silk has mastered many of her spider powers to the point that they surpass Peter’s, yet remains fearful of the outside world and the threat of Morlun. Granted, this fear is somewhat understandable when Spidey admits that Morlun had died twice, indicating that there was still a chance that he could return for her. However, the biggest consequence comes from the intriguing, if not clichéd, revelation that her parents and younger brother have left their old home, with no records whatsoever as to where they had gone. By choosing to hide herself from the world, Cindy effectively costs herself the knowledge of what had happened to her family, a question that drives her character to find out answers regarding their current whereabouts.

LISTEN: Want to know more about the Spider-Women? Click here!

If Cindy leaving her bunker and becoming Silk represented her “adopting an identity” phase, her involvement in SPIDER-VERSE feels a lot like the moment in which she learns that “with great power comes great responsibility.” This is a quote that is heard time and time again throughout Spider-Man lore and for good reason, as it represents the core values of Spider-Man as a character. Sure, it can be eye-rolling to hear that line said over and over again, but it is also something of a birthright: a moment in that Spider-character’s life that symbolizes when they fully embrace their role as a hero. Throughout this storyline, Silk struggles to learn this lesson, possessing powers that rival and even surpass that of Spidey and many of the other multiverse spiders, yet lacking the sense of responsibility that make them so endearing. Many things go wrong throughout SPIDER-VERSE that cost the lives of numerous Spiders, and some of them are partially due to rash decisions made by Silk. And without that “with great power…” moment to guide her sense of responsibility, Silk is quick to toss blame onto other variables rather than accept it as her own fault. Eventually, at the cost of much trial and error, Silk finally concedes and accepts that there is a sense of responsibility that must come with being a hero, establishing herself as a true member of the Spider-family.

Themes of responsibility, as well as self identity, definitely started to play a much larger role in Silk’s identity once she was given her own comic series. It’s here that Cindy/Silk stopped being character/plot device hybrid and started to flesh out into a well-rounded person in her own right. Similar to Peter’s days working at the Daily Bugle, Cindy has to balance out her time as Silk with her internship at Fact Channel News, using the information center to help track down her family’s whereabouts. More importantly though, this setting allows us to witness Cindy trying to adjust herself to a world that has grown up while she was stuck in her cozy bunker. Much like Captain America’s adjustment to modern life, Cindy struggles to find a place in a world that has moved on without her. While it’s never presented in a way that makes Cindy’s plight seem ‘relatable,’ it is still easy to sympathize with her character. She has all these problems and anxiety issues that she faces, yet is unable to discuss them with anyone beyond her personal therapist. It’s here that Silk finds her feet as a unique character in the Spider-family: her struggles with trust. 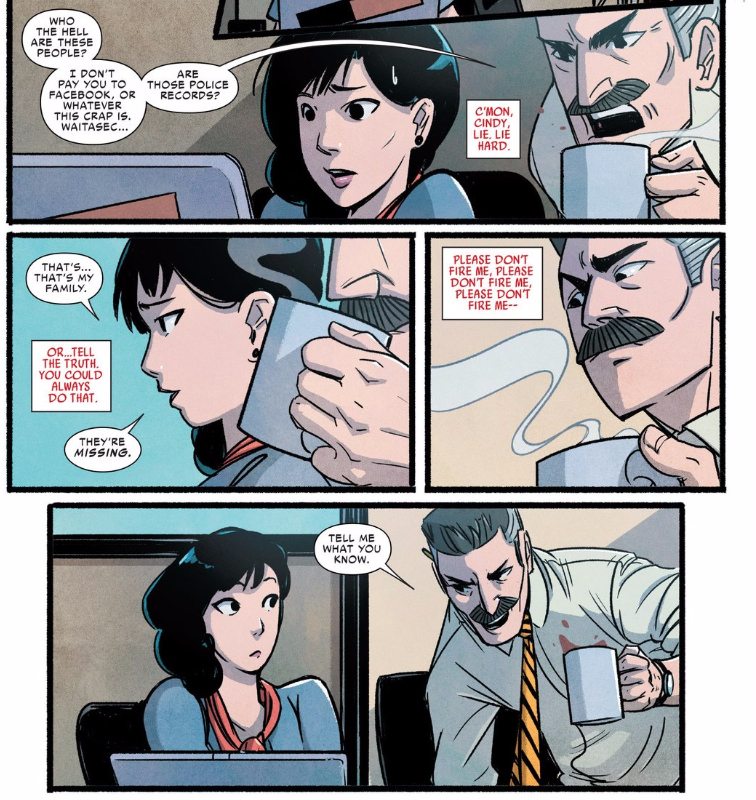 While Peter Parker never really discussed his life as Spider-Man with those closest to him until much later in his life, the problems he faced in his alter ego reflected the struggles of a regular teenager growing up. And for these struggles in particular, Peter always had his Aunt May and friends like Mary Jane and Harry Osborn to support him when he was down, even if they didn’t realize the full extent of his troubles. It was another trait that made the character of Spider-Man seem extremely relatable to comic book readers, with a fight between Doc Ock and the Sinister Six not nearly being as problematic as struggling to pay his electric bill. By contrast, all those years being stuck in the bunker have left Cindy with a tough time trusting others, unable to make the same kind of relationships that she had prior to being bitten. At this point all traces of her old life have either moved on (ex-boyfriend), or disappeared (parents), effectively leaving Cindy a stranger in the current world with no one to really understand her. And no matter her relationships with her friends at work, or her spider-girl bond with Gwen Stacey and Jessica Drew, it is the past ties that she yearns for the most.

It’s because of Cindy/Silk’s outsider status and struggle to find herself that the recent relationship between her and Black Cat has grown into the character’s strongest narratives. Originally drawn out as yet another hero vs. antihero-turned-villain conflict, the decision to have Cindy work undercover for S.H.I.E.L.D. as Cat’s criminal partner elevated this scenario to a more thematically compelling storyline. Despite all the friendships that she has formed in both her hero and civilian lives, it is ironically the person whom Cindy is tasked with spying on in which she sees a bit of herself. Like Cindy, Cat’s recent criminal status stems from the way in which she sees herself as an outsider against the world, trying to prove her name after losing everything. Both characters feel tragically alone, and while neither can bring themselves to fully trust each other as partners, a mutual respect is able to grow out of their shared loneliness. It is due to this understanding of each other that, for all the relationships that she has made so far, Black Cat is probably the person in whom Silk wants to put her trust more than anyone else.

READ: Want to learn more about Silk? Check out this interview with the writers themselves!

Overall, Silk’s character arc is one of relationships, both those that she has formed since her release into the regular world and those that she still longs to discover. Her heroism stems from this need to find answers regarding her family’s whereabouts but it also leaves her feeling alone, a stranger in a changed world and with little knowledge as to what happened to those that she loved. However, with that journey comes hope, and with that hope comes what makes Silk and all Spider-heroes beloved by readers alike.