So all Hell has broken loose. What was once a quiet diner has turned into a complete war zone. Everyone is out to kill the Silencer and Talia al Ghul. Will Honor’s young son be caught in the crossfire? Written by Dan Abnett, THE SILENCER #6 is a pulse-pounding issue full of action. Hold on tight, because someone won’t make it out alive.

A Standoff Between Assassins in SILENCER #5

The Tables Have Turned in THE SILENCER #6

So, we have Leviathan killers, body-mod cyborgs, and an army of assassins. Seems like the entire world wants the Silencer and Talia al Ghul dead. The two must fight together as the diner is being swarmed by cold-blooded killers. While they slaughter an entire mob with ease, they argue with one another about each other’s betrayals. In the midst of all this chaos, the only thing on Honor’s mind is her son. She’s terrified of him being exposed to her double life. As the war rages on, this child is innocently playing with his action figures, shielded from all the violence. 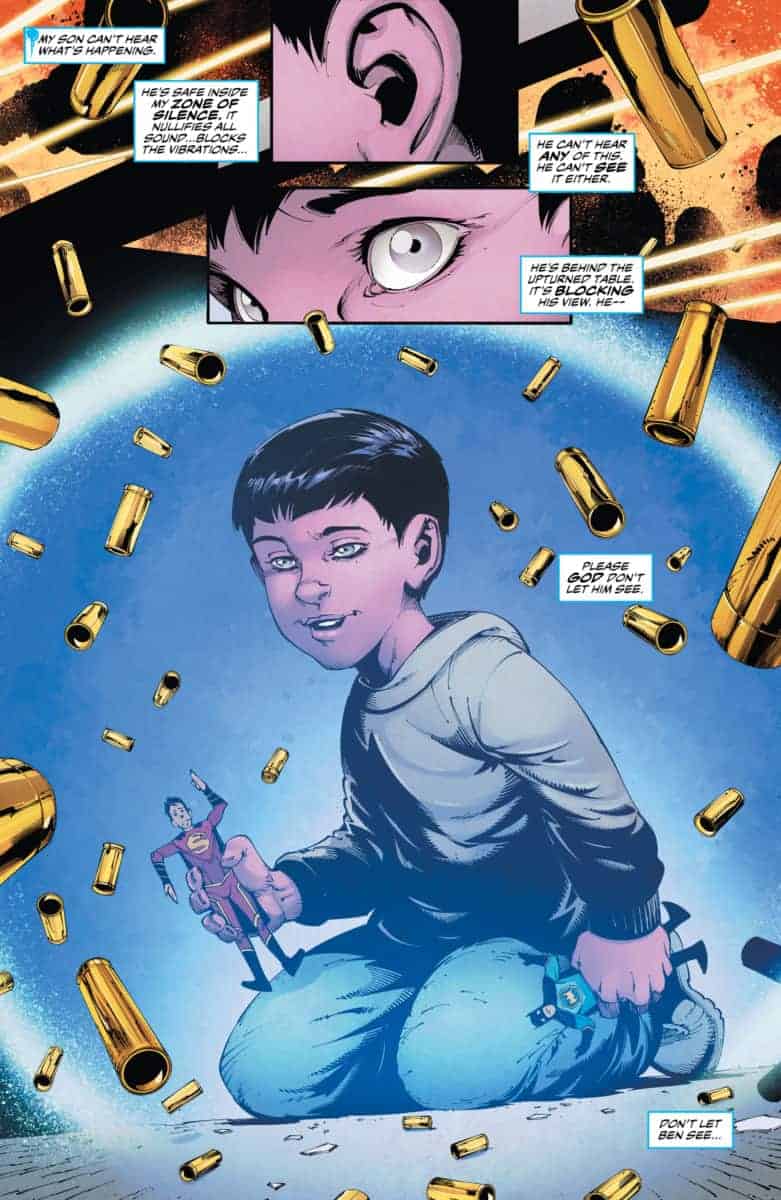 After the battle is over, Talia al Ghul tries to persuade Silencer to return to her service. Determined to maintain her freedom and protect her family, the Silencer faces off against Talia. Suddenly, Talia turns her attention to Honor’s son. Not a good idea. The Silencer stabs her in the chest, killing her. When she tries to escape the carnage of the diner with her son, she goes back inside to check the body. Shockingly enough, Talia’s corpse is missing. That can’t be good.

So THE SILENCER #6 concludes with Honor at home with her family. She’s talking to her husband about going on a vacation to a secluded island. Hopefully, away from all the assassins coming after her. After a thrilling issue like this, the Silencer deserves a vacation. However, it looks like trouble may be following her to paradise. I’m waiting in suspense for the next issue!

Silencer’s reason for fighting is to protect her family. In THE SILENCER #6, Honor’s son is in the middle of this war of assassins. Even while she is slaughtering an army of killers and robots, all she can think about is keeping her child safe. As she’s praying that her son doesn’t see his mother in assassin mode, you can feel her fear. She’s so determined to shield her child from her double life, and that’s her strongest motivator.

At the end, when Talia goes after Honor’s son, you can feel the ferocity of a mother radiating off the page. Like a mama bear protecting her cub. No matter what situation she’s in, her fierce protectiveness regarding her family never waivers in the slightest. I really appreciate that these core character traits have remained consistent throughout THE SILENCER series.

In THE SILENCER #6, most of the scenes center around this epic war of assassins. The artwork by Viktor Bogdanovic doesn’t disappoint. Blood splatters and bullets raining down are just some of the fine details that add to the gore of the fight scenes. So reading this issue was like watching an action movie.

It’s utter carnage; there’s no other word to describe it. The swift movements, every punch and kick, highlight Silencer and Talia’s skills as highly trained killers. When the two women face off against each other, their confrontation is intense. Even when they’re just glaring at each other, the tension between them is palpable. Because of the incredible artwork, I’m thoroughly convinced Viktor Bogdanovic is the master of action-packed illustrations. 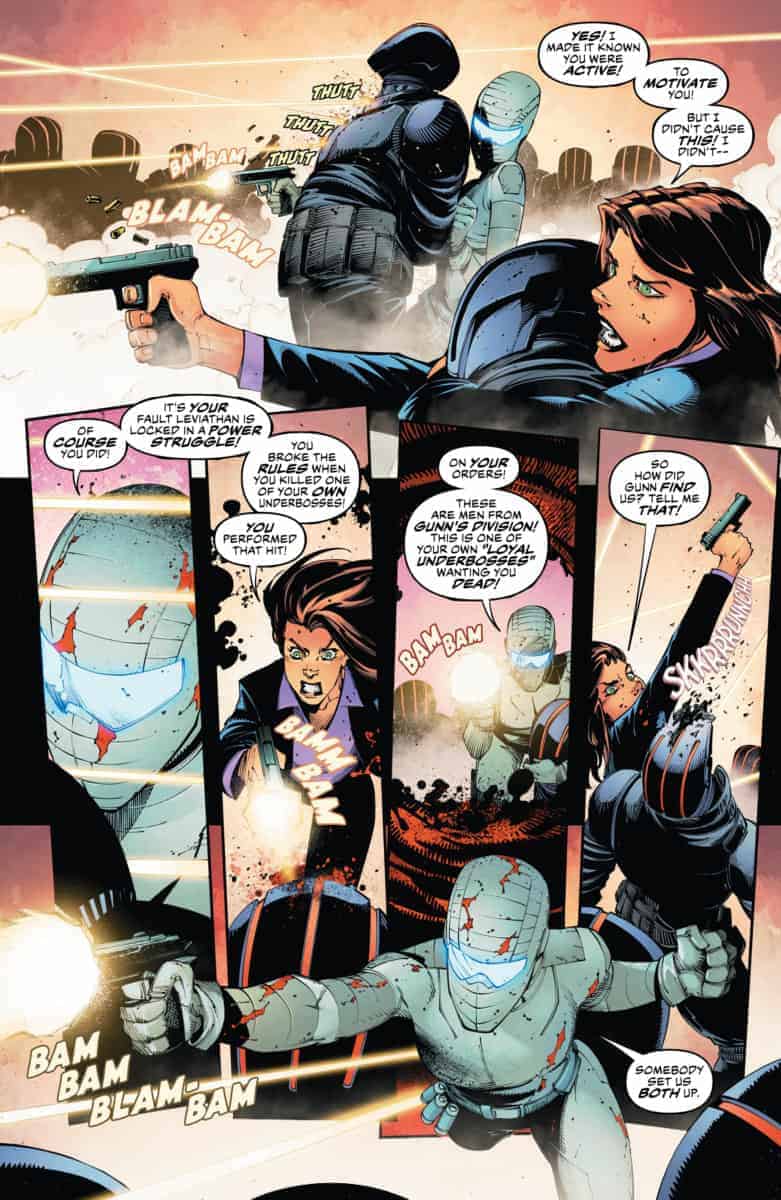 Final Thoughts on THE SILENCER #6

So THE SILENCER #6 is a real nail-biter. With amazing writing, Dan Abnett presents such a gripping story. Honor’s personality remains interesting and complex; a real gem of a character, to say the least. Also, the visuals in this issue are remarkable and highlight the skills of these two deadly assassins. Viktor Bogdanovic’s attention to detail adds to the sheer violence of the story. I’m on the edge of my seat waiting for what will happen next. Hopefully, this mama bear gets her well-needed vacation, but I have a feeling more trouble is right around the corner.