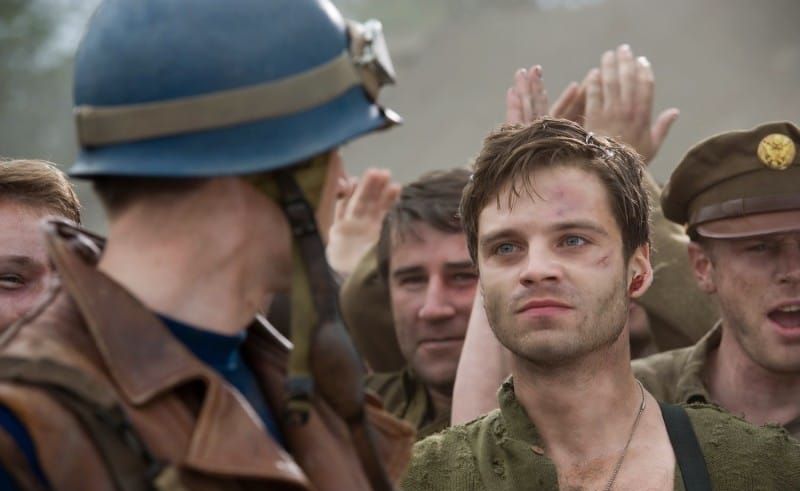 Ship (n): short for relationship; a fandom term for characters who are in, or whom the fans want to be in, a relationship.

Shipping has been around since the beginning of fan culture; with the most commonly referenced “first ship” being Captain James T. Kirk and Commander Spock from the original Star Trek series back in a time where physical, hardcopy fanzines were printed. Since the creation of the Internet, fan culture — shipping, fanfiction, etc. — has only become more wide-spread and accessible.

READ: New to Fandom? Check Out the History to Get Caught Up!

There are countless ships for literally any fandom and a large percentage of those are superhero or sci-fi ships; from Han Solo and Princess Leia to Clint Barton and Nathasha Romanoff. A lot of these ships make characters that are not canonically labeled as LGBT+ fall somewhere on the spectrum; many argue that it’s because queer characters are showcased far less commonly in superhero and sci-fi genres that these ships are so common.

READ: Where is the LGBT representation?

“Hell, no! The little guy from Brooklyn who was too dumb not to run away from a fight. I’m following him.” -Bucky Barnes

READ: Why is CAPTAIN AMERICA: CIVIL WAR so Poorly Named?

In almost every Marvel comic universe the duo are best friends, but in the cinematic universe many fans like to see them as more.

Steve’s devotion to Bucky, even after he is revealed as The Winter Soldier, is unwavering, and at the end of CAPTAIN AMERICA: THE WINTER SOLDIER he makes a vow to find Bucky. In THE WINTER SOLDIER, one of the most emotional scenes is the flashback of pre-World War II, when Steve is insisting that he can live on his own and handle himself after his mother dies. Bucky ends the scene with the famous line:

Looking ahead, CAPTAIN AMERICA: CIVIL WAR is shaping up to be pretty positive for the shippers, since it seems that Bucky is the catalyst for the in-fighting between Steve and Tony Stark.

Bucky Barnes and Steve Rogers have 15,500+ works tagged and, as of last July, is the seventh most popular pairing on the popular fan fiction site Archive of Our Own. 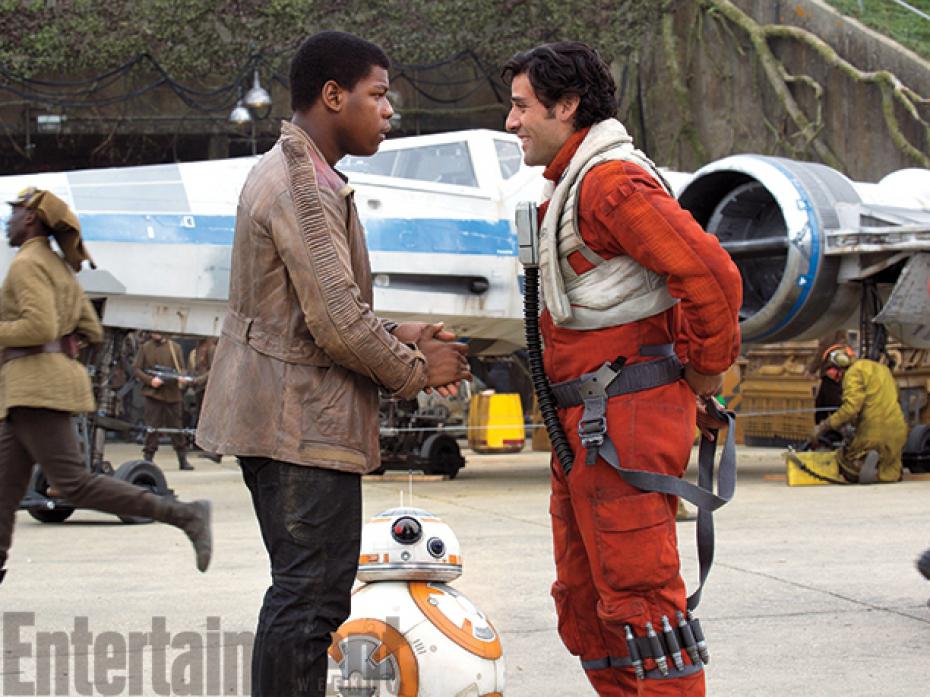 Finn and Poe are a new and slightly unexpected ship for the STAR WARS franchise. Their first meeting at the beginning of THE FORCE AWAKENS is full of chemistry.

Of course, this meeting ends almost as quickly as it begins as the TIE fighter that Poe is flying is shot down. Finn believes that Poe died in the crash, grabs his jacket from the wreckage, and tries to find a town on Jakku. From this point, Finn finds BB-8, Rey, and the Millennium Falcon. The next time Finn and Poe actually interact is at the Resistance base. At this point, Finn learns that Poe is alive, hugs him, and offers Poe his jacket back. Poe declines and compliments Finn– “That’s my jacket […] it suits you.”

READ: Marvel is Publishing a Poe Dameron Comic! Check it Out Here!

I think that it is very possible to see why this ship is popular. In an interview with Ellen Degeneres, Oscar Isaac, Poe’s actor, says that he was “playing romance” in the movie, however subtle. It is so popular that many news sites have picked up the story, theorizing about the possibility for it to become canon. 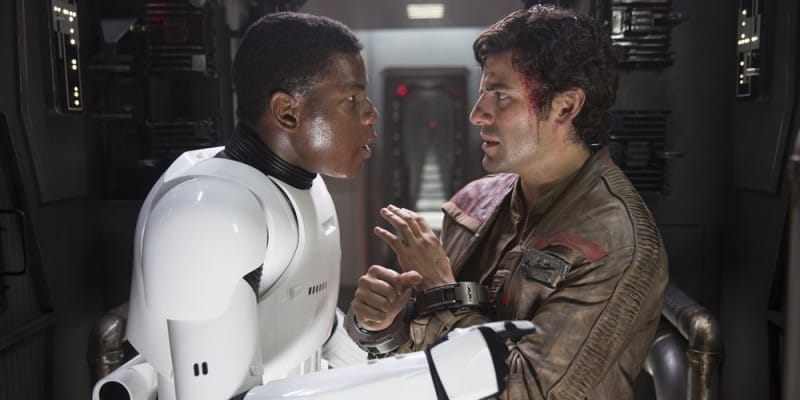 Unfortunately, the ship is really too new to have any solid information on, but a quick search on Archive of Our Own brings up a little over 1500 fanfictions. That and their large tumblr [WARNING: spoilers and some NSFW content] fanbase definitely makes them worth mentioning.

“I got a bottle of Schnapps and half a rhubarb pie. Let’s see which one makes us sick first.” -Angie Martinelli 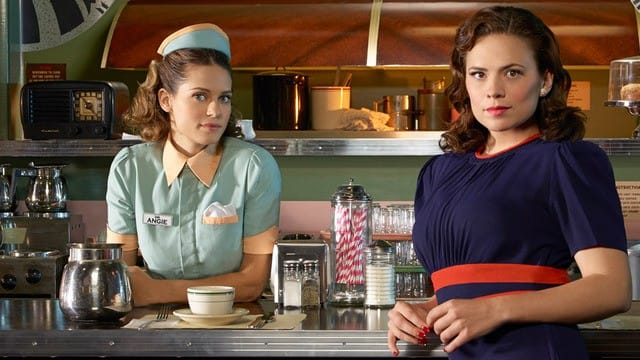 The last ship is a bit of an outlier. It is less well-known than the previous entries; however, there is a close-knit, avid fan community for the duo.

Peggy Carter and Angie Martinelli are from Marvel’s AGENT CARTER, the spin-off show from the CAPTAIN AMERICA movies. While I personally have only casually watched AGENT CARTER (which is great!), I consulted someone who has regularly watched the show, participates in the fandom, and is a ‘Cartinelli’ shipper.

“Queer readings of CAPTAIN AMERICA naturally lead to explorations of LGBT lives in 20th century America, and that’s important to me,” Noelle Micarelli, a senior at Hampshire College studying history & literature told me, “It’s so profound to look back and know that we were always here and could always be heroes. It’s profound to see other young people doing that too. So that’s why bisexual Peggy and lesbian Angie mean something to me, particularly as female characters. Girls who like girls can be spies and adventurers from the past, too!”

Shipping is so important to so many people – both men and women, gay and straight, young and old – as it gives many people a way to express themselves without having to create a world as their own (because, let’s face it, who has time to make all of Middle Earth…).

If you read this piece with a confused look on your face, you should check out the following articles which help explain this phenomenon.