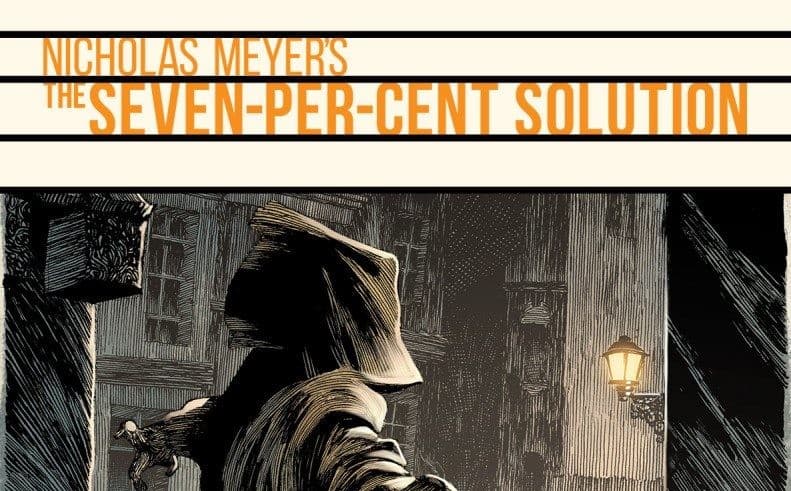 Doctor Watson strives to save his dear friend Sherlock Holmes from his addiction – but can he prevent Holmes seeing through his plots?

Watson and Holmes’ brother Mycroft put together a strategy; they persuade Moriarty to travel to Vienna, knowing that Sherlock Holmes will be unable to resist the thrill of the chase.  In doing so, they come within a hair’s-breadth of being discovered – for all the addiction may be affecting his mind, Sherlock Holmes is as much a genius as ever.  Can Watson successfully lead Holmes to the legendary psychologist Sigmund Freud? 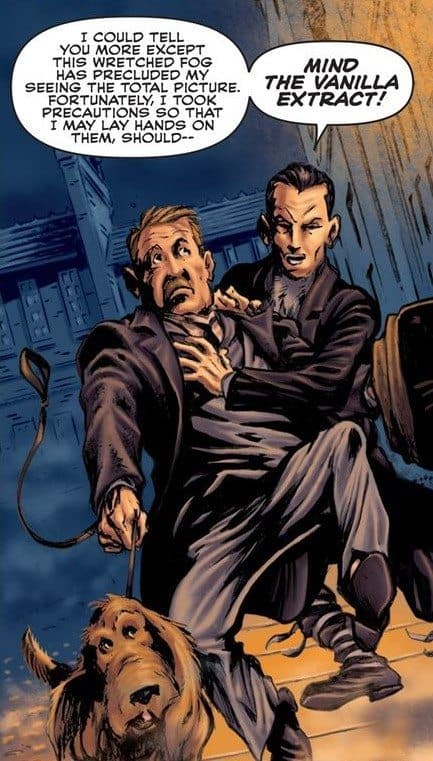 When I reviewed #1, I commented that I found the core premise of SHERLOCK HOLMES: THE SEVEN-PER-CENT SOLUTION to be a tad doubtful.  As I argued, a seven-per-cent solution is extremely unlikely to have the kind of psychological impact that this book suggests.  That being said, I’m willing to step aside from my doubts, and simply enjoy the tale as it is woven before me.

READ: Miss out on SHERLOCK HOLMES: THE SEVEN-PER-CENT SOLUTION #1?  Check out our review!

What follows in #2 is an absolutely thrilling Sherlock Holmes story, with moments of real genius.  Sherlock Holmes is truly a formidable figure, and Mycroft Holmes and Doctor Watson struggle to get past him into the presence of Moriarty.  In true Conan Doyle fashion, Holmes is irascible and intelligent, and his genius leads to utter confusion.  “Mind the vanilla extract!” (above) has to be one of my favourite lines, accompanied as it is by an expression of utter bewilderment on Doctor Watson’s face.  All of which contrasts so tragically with Holmes’ ridiculous comments to Sigmund Freud at the end of the issue, indicating just how much that genius is being destroyed by Holmes’ addictions.  There’s a moment where you honestly don’t know where the story is about to go – is Watson’s treachery about to be uncovered?

In the last review, I complimented Ron Joseph’s art as being ‘picture-perfect’ for this kind of book.  In #2, if anything, he exceeds the standard of the previous issue.  So many scenes are effectively rendered – the haggard Holmes who lurks outside Moriarty’s house, the expression of horror on Watson’s face as Holmes describes Moriarty’s visitors of the night before.  Joseph’s attention to detail in facial expressions is tremendous, and I love how he captures the emotions of Mycroft and Moriarty.  Scott and David Tipton found just the right artist for this series, and I’m tremendously impressed.  As a fan of Sherlock Holmes, I don’t mind admitting that I’m pretty hard to please; but Ron Joseph’s art definitely hits the spot.

This series has become a must-read for any fans of Sherlock Holmes, and I can’t recommend it enough.