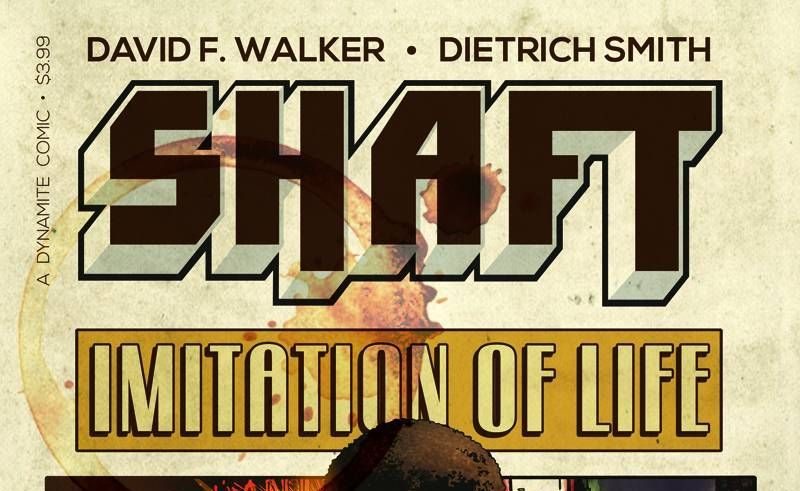 In the wake of Dynamite Comics’ last SHAFT mini-series, a powerful exploration of the titular character’s origins, writer David F. Walker takes the reins once more for SHAFT: IMITATION OF LIFE. Walker’s approach to the character, famous for the eponymous film and television show, focuses on a deep characterization that those medias did not award him. Walker’s Shaft does not emerge as a complete character but rather continues growing in a definite arc that finds cohesion with Dietrich Smith’s art.

The reader is treated to a few pages of classic Shaft—kicking ass, expressive, and slick as all hell. He torches the place and rescues a beautiful woman before a time skip places us two months later. The toll the high-profile case at the beginning of the issue took on Shaft has left him shaken, attempting to avoid the fame that the case awarded him and the accompanying complications. He grows a beard, shaves it off, and gets to work as a private investigator with his iconic combination of mustache and sideburns.

READ: For more on David F. Walker, check out our review of CYBORG #7!

Artist Dietrich Smith creates a bombastic cityscape in which the narrative thrives. An updated take on noir detective comics, Smith’s style reveals a grittier John Shaft, the grizzled Vietnam veteran whose tour of combat created a man much more formidable than the average P.I. Smith’s attention to detail and immaculate linework make the reader very aware of typically mundane aspects of the environment, like fire escapes and whiskey labels. Though Smith takes a more minimalist approach to the faces of the figures he draws, this does not inhibit his ability to convey emotion, nor does it diminish their power. 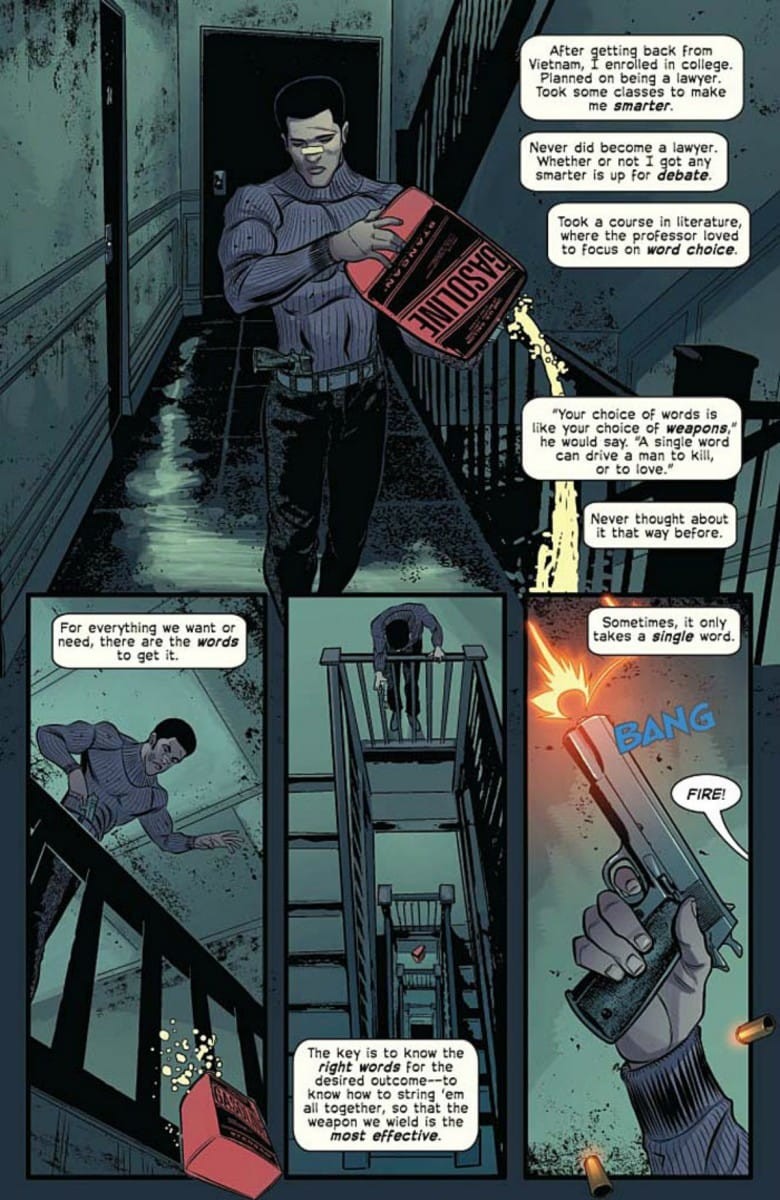 John Shaft’s inner monologue is nothing short of phenomenal. Through flashbacks and commentary, Shaft is portrayed with a depth that he has not enjoyed in years. The comic’s narrative reveals itself through Shaft, who acts as both its protagonist and its narrator. This is reminiscent of many old detective stories, a fitting approach given that Shaft’s work as a private investigator drives the plot of the book. Walker never disappoints. I’m in constant awe of his ability to maintain such consistently compelling stories with so much on his plate. Fresh off SHAFT: A COMPLICATED MAN, as well as a prose novel titled SHAFT’S REVENGE, in the midst of a CYBORG run, and the forthcoming POWER MAN AND IRON FIST series, it goes without saying that Walker is both busy and in-demand.

Stop what you’re doing and get this book.