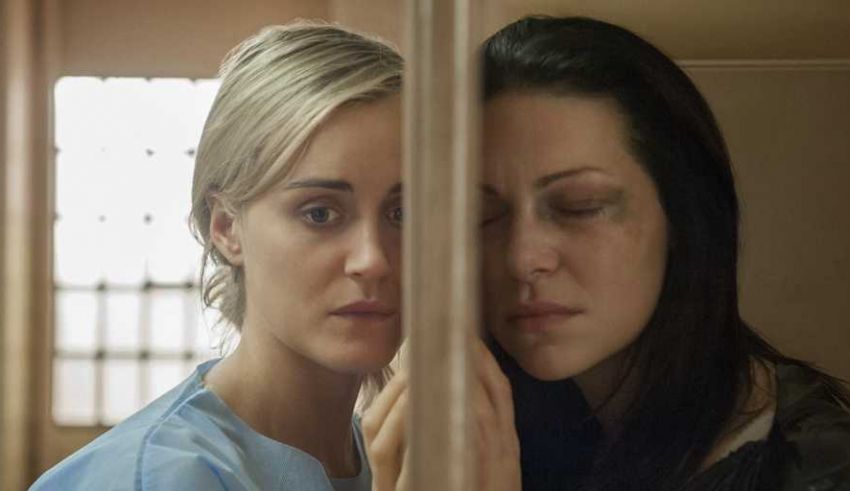 Not labeling your sexuality is just as valid as choosing to. But at what point does a lack of labels start to hurt a marginalized group?

As the new season of ORANGE IS THE NEW BLACK progresses, we see the writers playing with the idea of fluid sexuality and not labeling sexuality. Sexuality isn’t static on OITNB. Sexuality often isn’t static in prison. If the writers of OITNB had decided at the beginning of the show that they were going to explore prison sexuality and fluidity as a theme, I would not be writing this article. Instead, I would probably be writing about how revolutionary the idea of an ever-changing sexuality being portrayed on television is.

Alas, here we are.

What could be seen as delving into the intricacies of sexuality in prison is actually the writers trying to cover their asses. They got a wicked amount of flack for dancing around Piper Chapman’s bisexuality in the first season. Instead of listening to what they are doing wrong, it seems like they are just grabbing their mistakes and running with them. In a show that tackles racism, misogyny, rape, trans issues, and almost every other thing you could probably think of, it’s strange that it would go to lengths to avoid talking about non-monosexualities. Monosexuality refers to being attracted to solely one sex and/or gender. Bisexuality and pansexual don’t fall under this label as they are the attraction to two or more genders.

READ: Fan of SUPERGIRL? You have to check out this article!

It all began with Piper Chapman.

Perhaps one of the most universally hated characters next to Joffrey Baratheon, Chapman’s sexuality has always been a subject of controversy. Chapman was, and still is, reduced to the target of some pretty harsh biphobia on the show. She has been called “straight,” “former lesbian,” and “dyke.” She’s also got a lot of internalized biphobia going on herself. She has called herself “shallow,” noting that she just likes “hot girls and hot boys”.

Of course, Chapman doesn’t have to label herself. The problem doesn’t inherently lie within Chapman not calling herself bisexual. The problem falls within the universe of OITNB itself—a world where anyone can be literally anything but labeled as bisexual. Considering the fact that the actual person that Piper Chapman is based on, Piper Kerman, openly identifies as bisexual,  what’s the problem with just saying it? The writers often go out of their way not to say it. No one is ever called out or shown to be in the wrong for harassing Chapman about her sexuality. The one and only time “bi” was uttered on the show was in the second season by Larry, her fiancé: “She was not a lesbian anymore, not with me. You know? Then she’s in prison, what, a few weeks? Bam! A lesbian again. Or bi? I don’t even know.”

From then on, the word is never mentioned again. In a show that will call Piper a straight girl, former dyke, not a lesbian anymore, and shallow, it seems intentional to avoid the word “bisexual.”

Not so surprisingly, the trend continued with different characters as the show went on.

Early in season 4, Brook describes her sexuality as not caring about the gender, but the individual. Generally, this defines pansexuality. In true OITNB fashion, though, the word is never spoken. Brook and Poussey slowly develop a romantic relationship that was heavily hinted at in the season 3 finale and explored throughout season 4. Their relationship is filled with open and honest communication and all those things that give us warm and fuzzy feelings.

CLICK: Do you watch stand-up sitcoms? Read this article on what makes them work!

PouSoso (Poussey and SoSo’s phenomenal ship name) had so many beautiful, genuine moments that—I’m truly sad to say—don’t make up for all the crap that the writers have been pulling with their refusals to acknowledge sexuality outside the gay and straight spectrum. I am a huge fan of PouSoso—they are hands down the best couple the show has ever had. I do not doubt the characters’ love and admiration for each other. My heart flutters when I see them communicating and working through their issues. I’m not arguing they aren’t legit. 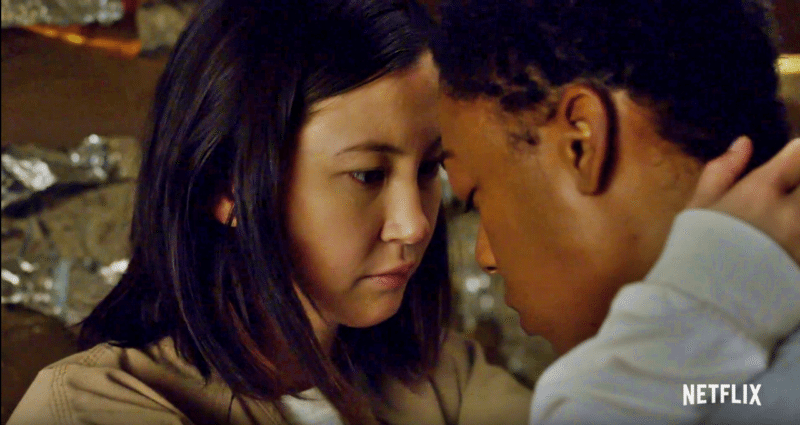 I’m arguing that despite how phenomenally they were written and conceived, they do not make up for or distract from the writers blatantly ignoring bisexuality and, in the case of Brook Soso, pansexuality.

Even if you hate Piper Chapman, she is a complex character who is well-written. And Brook Soso gradually became an amazingly fleshed out character. For both of them, sexuality is a component of who they are. It affects their actions and the decisions that they make. It ends relationships and creates new ones. Their sexuality isn’t all that they are, but it is a part of their identity. A part even the characters can’t deny—so why on earth are the writers going above and beyond to try to sweep labeling under the rug?

LOOK: Watch the ALIEN films? Read this article on agency, choice, and feminism on the film franchise!

As stated before, labeling is not a necessity. If done correctly, not labeling is revolutionary. Rejecting definition is a valid way to take up space. However, that is not what OITNB is trying to attempt. The writers are scared, and they are definitely not the first ones to shy away from labeling their non-monosexual characters. Shows like GLEE and TEEN WOLF are some of the worst offenders next to ORANGE IS THE NEW BLACK in this respect. The number of shows terrified to admit that their characters are bisexual is so high that it makes it a truly celebratory moment when a television show actually decides to talk about it. FAKING IT explicitly states one of their male characters, Wade, is bisexual. Male bisexuals, in particular, are a rarity in popular media. In real life, they are often assumed to be non-existent, as if they were some sort of mythological creature. In turn, with little to no representation, men who identify as bisexual often stay in the closet, which can do serious damage physically and psychologically.

Why are these shows and their writers so scared, anyway? What is it that makes them nervous to utter the “b” word on television? I partially think they are nervous to make a statement about something that is so misunderstood. Bisexuality and pansexuality are often swept under the rug because it seems like too much. It’s a subject not often talked about, and therefore, probably not even thought about extensively. It’s easier to not say it than to make that attempt and receive backlash for doing it wrong.

Acknowledging the existence of characters that aren’t just gay, lesbian, or straight is incredibly important. Why? Because representation always, always matters. Multiple studies have shown how seeing oneself on television affects self-esteem. Surprising to absolutely no one, a fairly recent study by two Indiana University professors found that television decreased the self-esteem of pretty much everyone that wasn’t white and male due to the lack of representation and portrayal of minorities and women. It would be incorrect and even harmful to suggest that representation doesn’t have a profound effect on those who watch it.

Television and popular culture have a direct effect on how we perceive ourselves and how others perceive us. Bisexuals are more likely to do drugs and have a higher risk of poverty, sexual and domestic abuse, and suicide. Will television fix all of this? Of course not. However, seeing yourself represented on television lets you know that you are valid and not alone. According to the HRC’S Bisexual Youth Report in 2012, over 50% of the 10,000 youth that identified as part of the LGBT community identified as non-monosexual. Yet, I can only think of one example of a character that is labeled as bisexual, and I already mentioned him earlier.

Television writers have a responsibility to their audience to be accurate and respectful of the identities they choose to portray. By ignoring the existence of bisexual, pansexual, and generally non-monosexual characters, they are doing a large portion of their audience a disservice.

Doing the exact same thing to Soso that they did to Chapman made me wonder if the writers ever listen to the feedback on their show or just walk around with fingers in their ears. Of course, it’s possible that OITNB is focusing more on sexual fluidity and not seeing labels as a necessity. Perhaps this was their goal all along; maybe they think actions speak louder than words. But in the case of bisexual representation on television, I disagree. Speaking the word would be an action to reaffirm the validity of bisexuality to not let it get lost, ignored, and further misunderstood.

OITNB just got renewed for three more seasons, so they have about 40 episodes left to address this issue. I hope they actually learn a lesson.