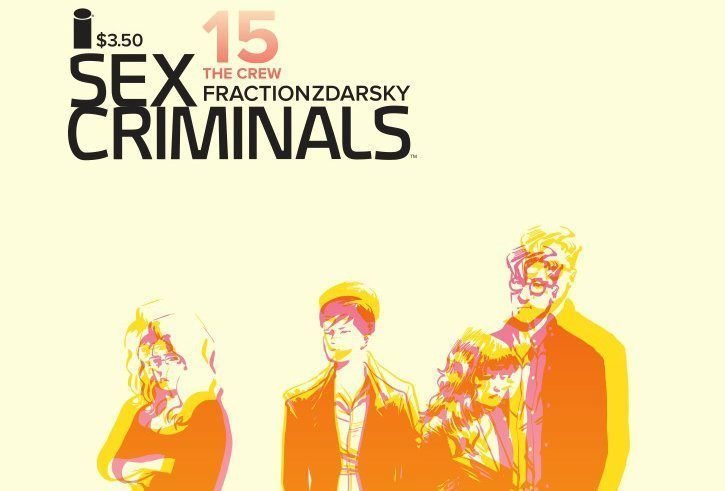 The final issue of  SEX CRIMINALS‘ third arc was very similar to the rest of the storyline – funny and raunchy, with lots of heart. We see a resolution to some of Jon & Suzie’s existing problems and learn about a whole new set of problems that should make for an interesting future.

Since this is the end of an arc, issue #15 wrapped up a lot of loose ends, but it also created some new questions. What are they going to do now that Suzie wants to give up their life of crime? How is Suzie going to react to Jon’s confession? What is going on with that cliffhanger?

The last issue saw Jon struggling to admit that he loves Suzie. Well, this issue resolved that exact problem, though now we’re waiting to see if Suzie says it back. One of SEX CRIMINAL’s greatest strengths is that these characters feel very human. When Suzie says that she needs to talk, Jon immediately freaks out and assumes she’s breaking up with him. 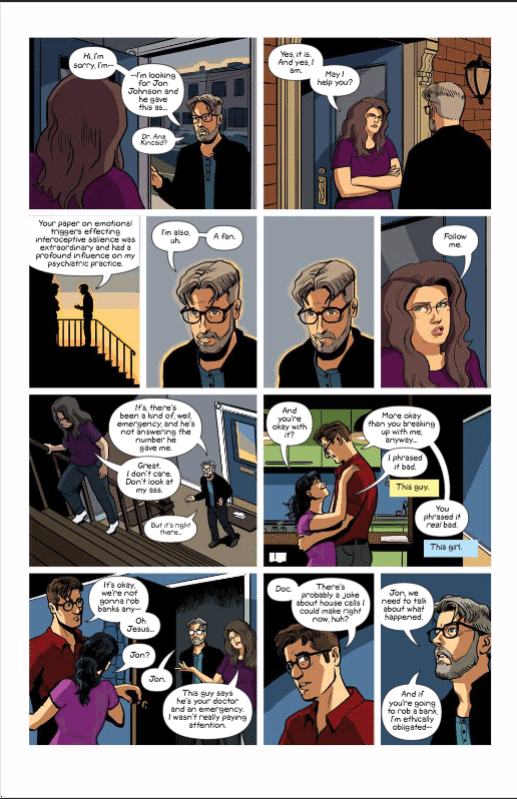 Shortly after, Jon’s therapist goes to his office only to find that it’s been broken into – and the only thing stolen was Jon’s file. This leads to the doctor looking into the theft and learning that it was the leader of the sex police – Myrtle Spurge. The conclusion of the issue throws us into a suddenly charged room as Spurge, and one of the other sex police burst into Suzie’s house, and the officer punches Jon in the face. Hard. And that’s where the issue ends.

READ: Check out our recap of how Prince changed and influenced comics – including Image’s THE WICKED + THE DIVINE!

Matt Fraction’s writing, as usual, is full of humor, wit, and emotion. There are moments of pure humor, but there are also scenes that are incredibly heartfelt, including a scene where Suzie admits that she doesn’t really want to rob banks anymore. This scene is emotional, but Fraction lightens it up by breaking the fourth wall, for just a moment.

Jon: But it’s the whole premise of the book.

The transitions between the funny and the emotional are not too jarring normally. There’ve been occasions where I’ve been invested in an emotional scene only to turn the page and find a d***, but that’s happened only a small number of times.

READ: Image Comics is known for brilliant creator-owned content. Check out our interview with the guys behind NAILBITER!

Chip Zdarsky’s art complements Fraction’s writing so well. Especially the small details in the background that are not the specific focus of a scene. One of Zdarksky’s other greatest strengths is his portrayal of emotion. The first moment of the issue – after Jon admits that he loves Suzie – is drawn so wonderfully, with the fear of both clear from the art.

There was a distinct lack of The Quiet, the post-orgasm time freeze in this issue. Many of Zdarsky’s more interesting panels appear in The Quiet, so the loss was definitely felt in the art department. However, the art is still outstanding, but it was missing some of the color and dream-like moments found in other issues. 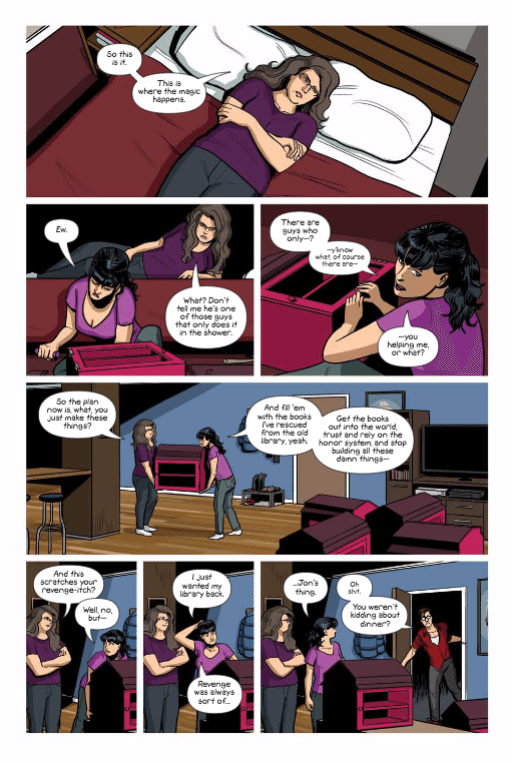 SEX CRIMINALS is really, really smart, well written, funny, and heartfelt. Yes, it has hilarious moments, many of which made me laugh out loud and put the issue down, but it also has moments of beautiful, emotional storytelling.

SEX CRIMINALS is one of the most consistently excellent comics in the market today and issue #15 – and all of arc three – proves that by covering a lot of very human issues with respect and a little humor in every issue.