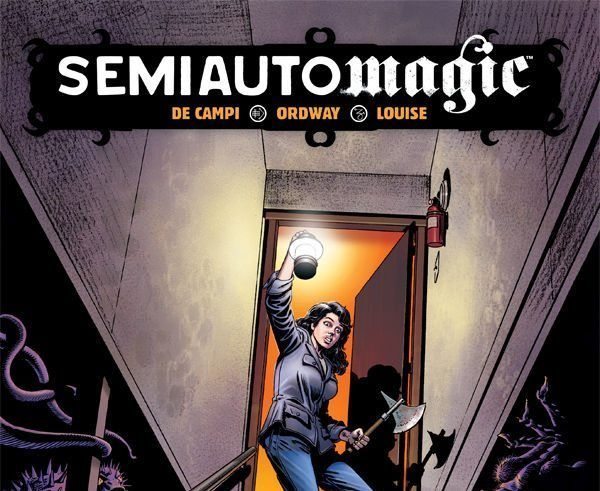 SEMIAUTOMAGIC, written by Alex de Campi and illustrated by Jerry Ordway, is a collection of stories that originally appeared in the anthology series DARK HORSE PRESENTS. Anyone who’s familiar with de Campi’s work knows how strange her books can get, and this certainly fulfills the weird quota. Nothing will be as unsettling as the ending of ARCHIE VS. PREDATOR, but there’s plenty of guts, bugs, blood, and casualties in this one.

Magic has never been an element I’ve cared to read about. I never read HARRY POTTER (I know that’s blasphemous) and gave up on LORD OF THE RINGS. I gave SEMIAUTOMAGIC a shot knowing it was going to be darker than usual and yet I was still taken aback. De Campi’s twisted magical world was something I had to give a chance, and it turned out to be gritty and harsh. I devoured it. 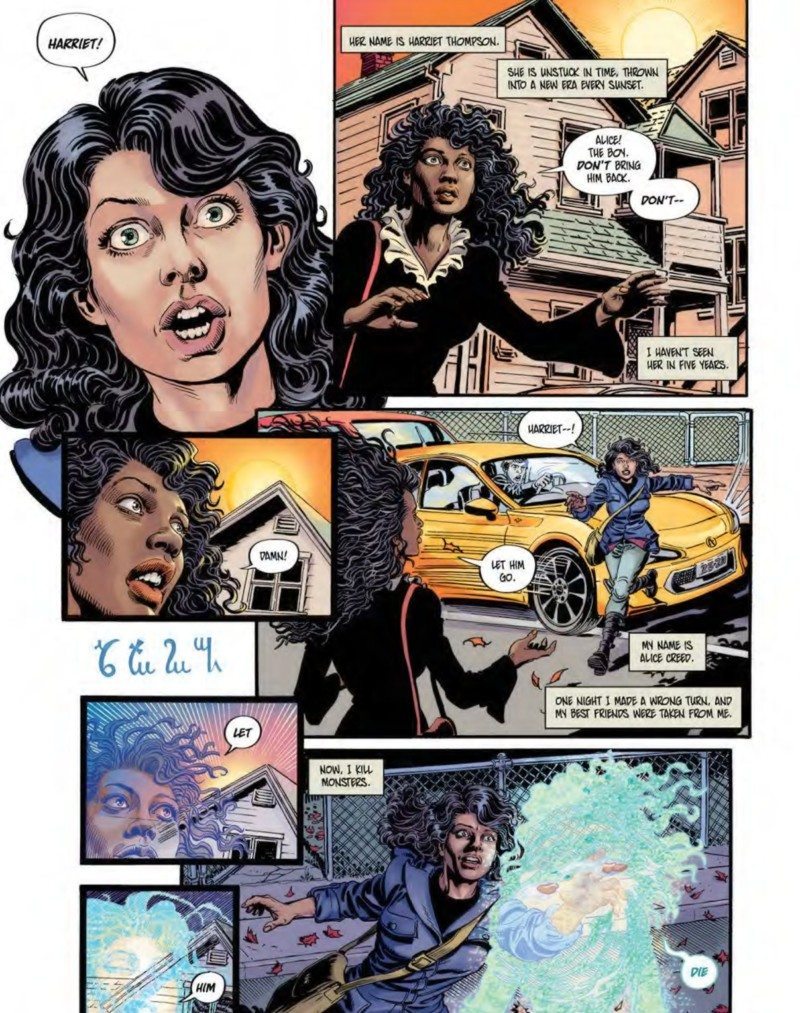 Alice Creed, the main protagonist, is a professor and monster hunter who doesn’t have tenure due to the fact she’s busy kicking inter-dimensional rear ends. The book has two arcs in about 100 pages. The first deals with an insidious video game absorbing kids souls, and the second is basically clean-up duty from the magic Alice uses to fight the demon creature.

Alice is constantly facing uphill battles. She has to rely on her magic often, which she says will have to be “paid back” later. She knows the dynamics of magic is tricky and there seems to be toll from inter-dimensional beings or her general health from using it. She’s a true hero: selfless, caring, and devoted. Alice could certainly be a feminist icon, as her only faults seem to be caring too much and making decisions with her heart over her brain. She continues to prove females can carry a gritty role and ascend from treacherous situations without any help.

READ: Our take on magic in BUFFY, HARRY POTTER, and Marla Mason!

Jerry Ordway’s pencils provide a lot of groundwork. Nothing seems to be untouched. You get the sense from all the clutter how chaotic this universe is with eerie magical beings hidden to everyone but Alice. Marissa Louise’s pastel-like coloring eases the massive tension in this book and gives it a nostalgic feel, which is a necessary element because the story can get overwhelming. 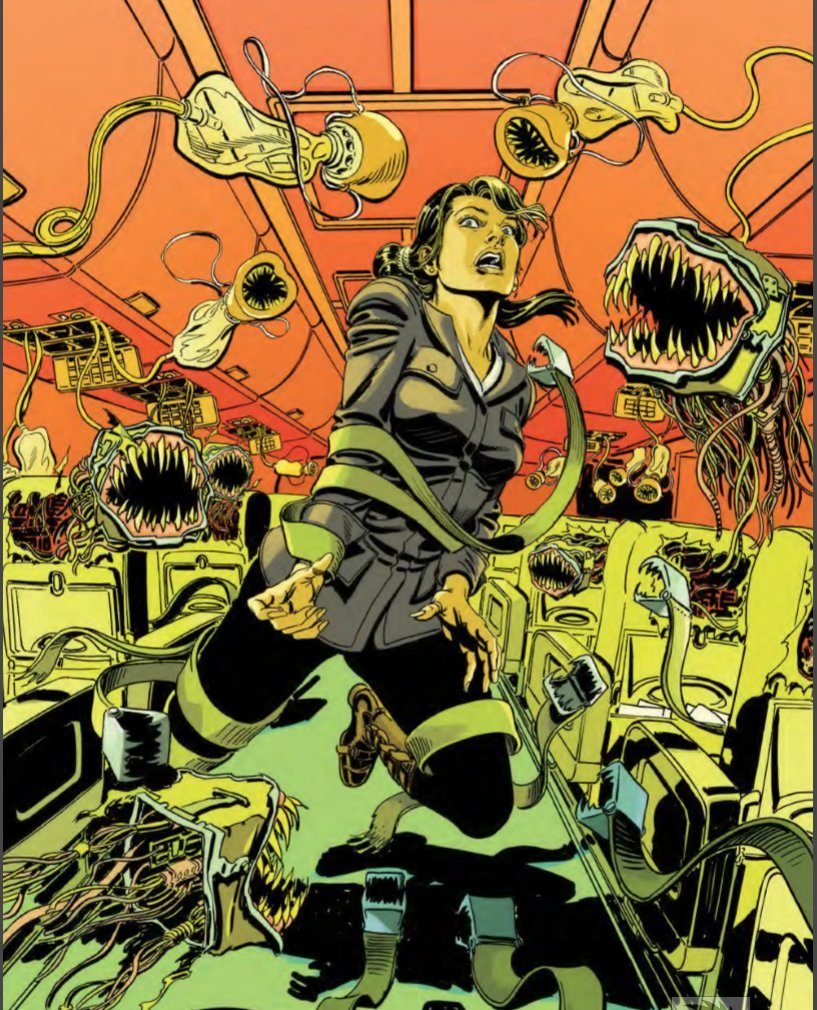 Since this trade paperback is collected from an anthology series, I wouldn’t recommend reading it all at once, the main reason being that Alice Creed is introduced every 10 to 15 pages. The book is also non-stop action, which cuts into looking at Alice as a character and person. I believe this series is continuing; hopefully, Alice will be explored more in those issues.

Overall, SEMIAUTOMAGIC is a brilliant tale. The story is rich in tension and heartbreak from an overextended hero. Alice Creed has to make hard decisions and she pays the consequences, a lot of the time with blood and casualties. De Campi surely knows how to thrill and disgust, and if that’s your jive, pick up this book!