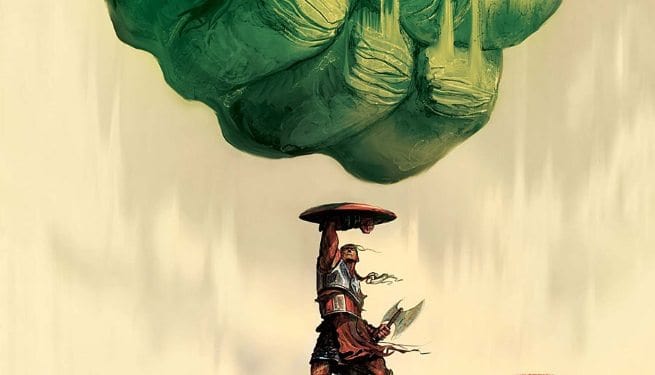 First and foremost, don’t let the title fool you.  This is no reboot.

If you’ve been keeping up with the recent Marvel issues, you’ve probably noticed how the titles are those of iconic Marvel storylines.  This is no different, but for all the differences, there are actually a ton of similarities.

The plot of this first issue revolves around a gladiator version of Captain America, who is paired up with Devil Dinosaur, and has just beaten a ton of Wolverines in a gladiator arena.  Though the situation sounds exactly like something I played out with action figures as a child, one can hardly argue that Marvel’s Battleworld has been giving us some truly epic fights.  Unfortunately, you don’t get to see this one.

Nonetheless, Cap has plenty of time to let loose later in the book, on a squad of gamma-enhanced hulk-centipedes in Battleworld’s gamma-irradiated Greenland, the home of the hulks.  Cap and Devil have been sent here on a mission from Doctor Doom- kill the red king of the hulks.

Off the bat, the fact that Cap is our main character is obviously a huge difference from the original Planet Hulk storyline.  However, we’re already starting to see some common themes pop up.  The gladiatorial arena was a very obvious reference to the classic Hulk story.  The team-up of Cap and Devil, a very non-human character, is another.  The issue leaves off with the suggestion that the team may even expand a little more. 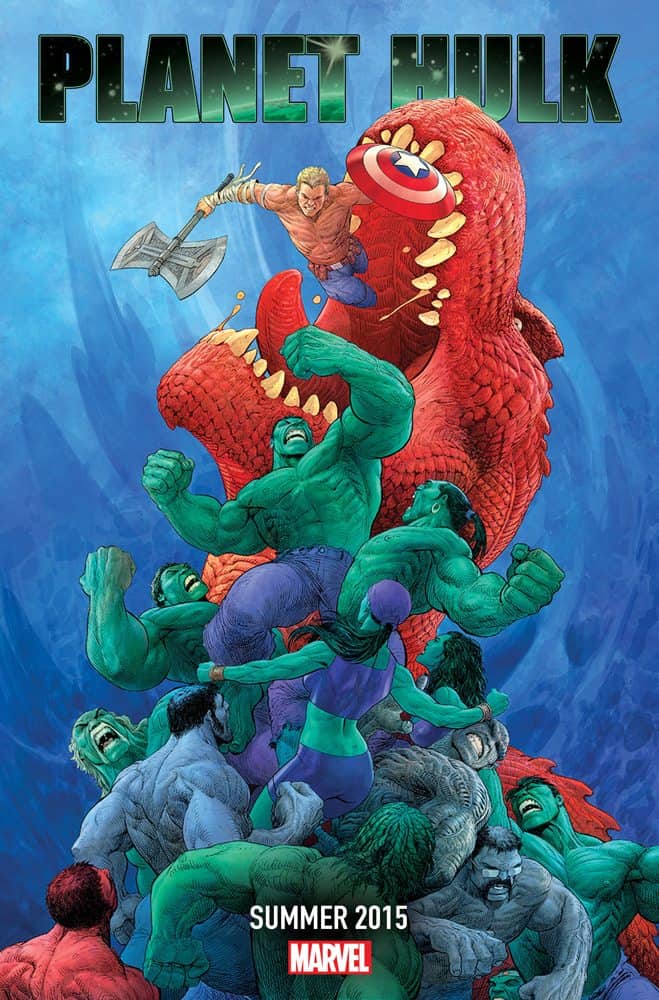 More interesting, to me, is the short background story provided at the end of this #1 issue, which gives a little more information about the Greenland that we’ve seen.  It turns out that Amadeus Cho, during a large-scale nuclear attack, managed to manipulate one bomb in time to save his city.  However, the only way to save the city was to force the gamma radiation to instead transform everyone into hulks.  This explains why everything is irradiated, as well as the plethora of giants walking around.

Overall, this first issue was a pretty interesting start to what could be an awesome storyline.  As with so much of this current Secret Wars event, it’s hard to say too much about the plot yet.  However, I will say that this issue kept me very interested in this particular take on Cap.  The action is great, especially with the extra variable of Devil Dinosaur.  The art is strong with this one, also, keeping me pulled in to some strange landscapes and stranger creatures.  It’s easy to see the imagination at work in this title.

If you’re a fan of the Hulk, then know that this issue isn’t very Hulk-heavy.  However, keep in mind that this is just kicking off the series, and there’ll definitely be plenty of smashing action to go around.

What did you think about the Hulk?  What’s your favorite Secret Wars title so far?