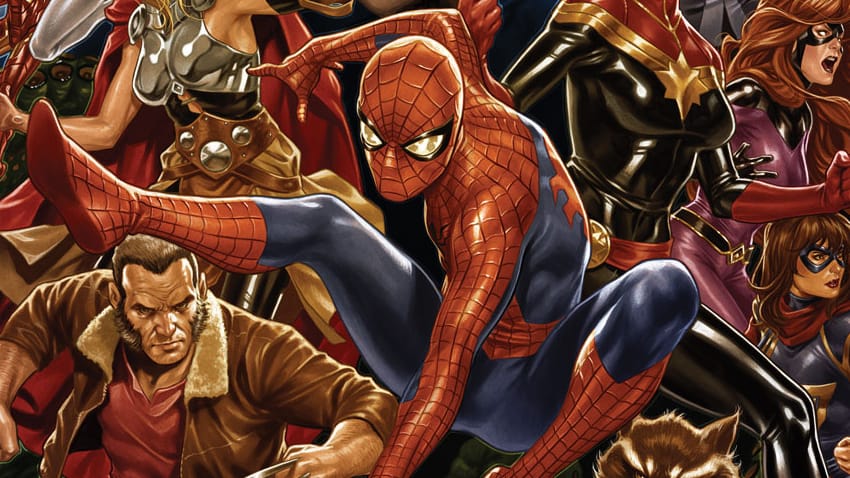 It’s no secret what were once fault lines in the Marvel Universe between superhero teams grew into uncrossable chasms. All that soon comes to an end when Hydra makes its move. Whatever Hydra has planned, the stakes are so high it will unite the Marvel Universe once more.

WATCH: How about more Official Marvel Teaser Trailers? ResurrXion is at Hand for Marvel’s X-Men!

First, the now revealed Hydra agent Captain America enacts his master plan for Hydra to dominate the world. Our favorite superheroes react with the battle cry “united, we stand.” It will undoubtedly reverberate from the Avengers to the X-Men.

The SECRET EMPIRE #1 teaser trailer features Nick Spencer, one of the mastermind creators behind the revelation Captain America is a Hydra Agent, discussing the major impact SECRET EMPIRE will have on the Marvel Universe.

In addition to Nick Spencer, Tom Brevoort also makes an appearance in the SECRET EMPIRE #1 teaser trailer to make no bones about the importance of this cataclysmic event.

The SECRET EMPIRE #1 teaser trailer also gives us a look at some of the fantastic art we can expect to see in this series. Some of that art contains cool surprises like Captain Marvel flying through the air with Rocket Raccoon and Little Groot!

If you can’t wait to pick up your copy of SECRET EMPIRE #1 after watching the SECRET EMPIRE #1 teaser trailer, don’t forget to head to your local comic book shop. On May 3, select local comic shops across the United States plan to hold launch parties to commemorate the launch of Marvel’s Secret Empire event!

Whether you’re a Spider-Man or Guardians of the Galaxy fan, expect to see your favorite superheroes possibly play a pivotal role in the event of the year!